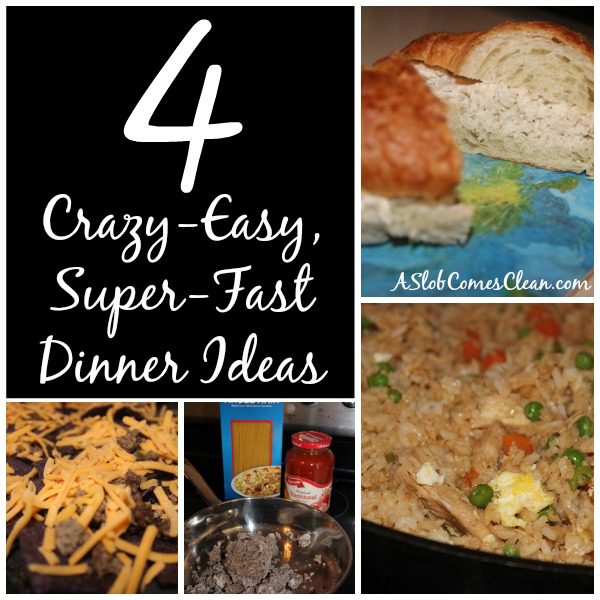 Last week was Show Week. My two boys were in a play and I was directing. A busy (somewhat-stressed) mom plus limited time to get dinner on the table makes it hard to resist the allure of a drive thru window . . . but I succeeded!

(Monday through Thursday. I had no intention of cooking on the weekend!)

Each night, I used my pre-cooked and frozen ground beef or chicken. These are HUGE time-savers.

(In case pre-cooking meat seems like a huge task, here’s some perspective. I browned eight pounds Sunday evening while making tacos. It took about 15-20 minutes of extra time to cook the extra meat. I let it cool while we ate dinner and then packed it into freezer bags. I was motivated because I knew how much easier it would make my week.. I also froze some this way.) 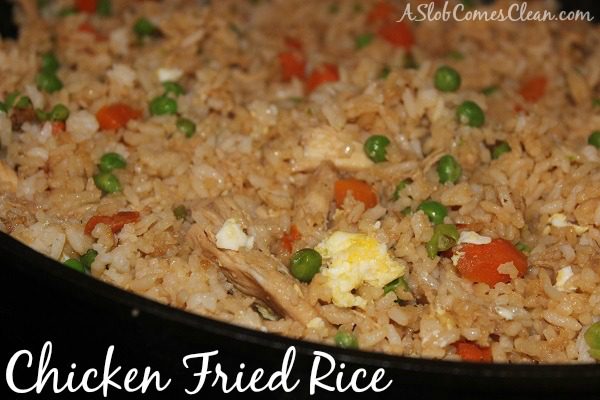 Monday night was my most ambitious. I threw together chicken fried rice in less than 20 minutes. I used chicken I’d cooked in the Crock Pot and then shredded with my hand mixer. The rice was leftover from Thursday night’s dinner the week before. Want the chicken fried rice recipe? Go here. 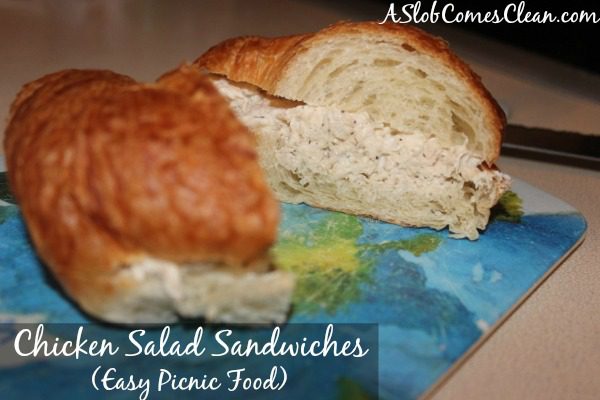 Tuesday was extra crazy with baseball practice at 5 and rehearsal from 6-8. We needed food on the run, so I made “chicken salad” by mixing more of that pre-cooked chicken with ranch dressing. Yes. That’s all I did.

These were a hit and we’re definitely adding them to our baseball season picnic repertoire. (See all my picnic recipes here.)

Wednesday was a field trip. A field trip that involved a choir competition at a place with an all-day pizza buffet. I “might” have encouraged my boys to eat one last round before we left at 3:30 just so I could NOT cook that night.

But then . . . Hubby and my daughter wanted to eat. (Whatever!) I almost declared it a Fend For Yourself Night, but then had this idea: 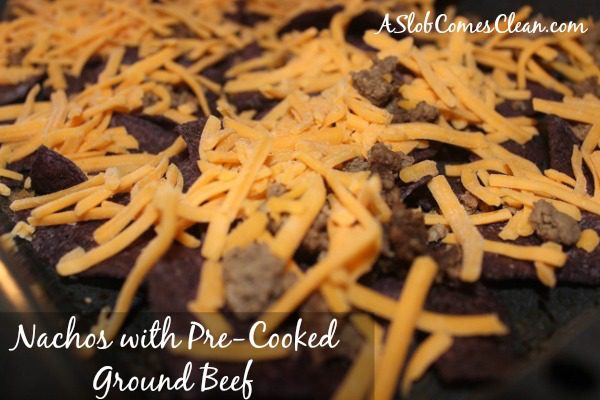 Frozen, pre-cooked ground beef microwaved on 10% power for one minute to thaw, then spread over blue (UN-photographable) tortilla chips and sprinkled with shredded cheese to melt under the broiler. Mmm-hmmm. That’ll do.

Thursday, we ended up with a little extra time (baseball practice was cancelled) so I made a “real meal” in a hurry.  Spaghetti. Not anything earth-shattering, but such a great example of how much easier dinner time is with pre-cooked meats. 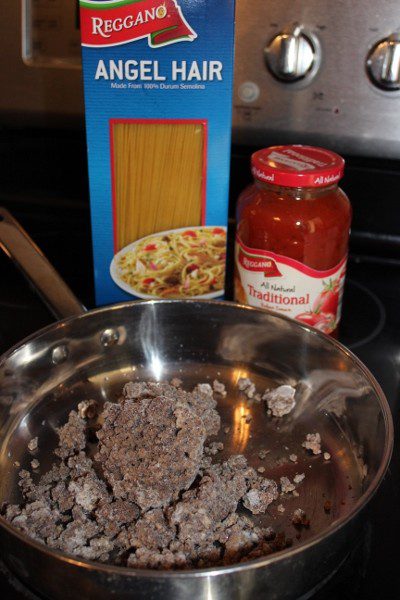 I often just put the meat into the pan frozen, and then add the sauce and let the meat thaw as the sauce warms.

So there you go. Four easy ways to keep from eating out. It’s how freezer cooking works in our house.

What are your favorite ways to use pre-cooked meats?