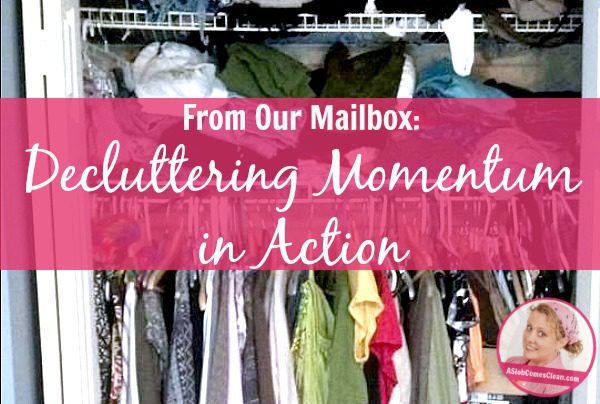 Quite a while ago, I received a quick note from one of you sharing your success cleaning out your closet. I had every intention of posting it as a reader story, but I’m glad (for once) that I didn’t get it done right away. I received another message recently, with details of an even bigger decluttering success story.
This is a great example of how decluttering momentum works.

Declutter non-emotional stuff first. Deal with the things that obviously need to be dealt with but don’t cause emotional pain. Experiencing this success and the joy of living with less gives momentum and will eventually bring you to the point where you can tackle overwhelming, emotionally difficult clutter.
The first email: 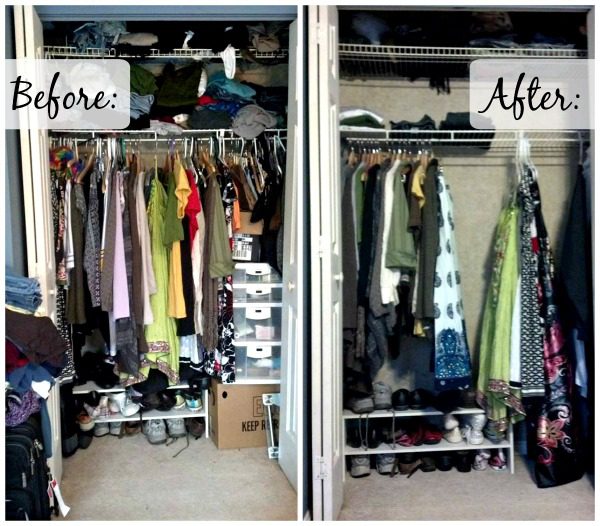 I want to share my closet. I am super proud!! I have recently lost some weight, and much of what I have doesn’t fit. Or fits oddly. I saw a 40 hanger challenge on another blogger’s page, and after some thought, decided to give it a whirl. I used much of what I learned here, and started yanking stuff out. My husband came in, looked at what I was doing and started to say something. I made the sound you make when the dog is getting ready to pee on the rug. He turned around and quickly left! Lol! After my purge, I had used TWENTY FOUR HANGERS!!

Granted, I have folded stuff, but it *all* fits. I can *see* it, I will wear it without fear of ruining it. If I don’t wear it, it will hang there till it won’t fit, or is out of style!! I honestly couldn’t be more happy right now!!

Much love and thank you for all the inspiration!! I am deslobbing myself!! 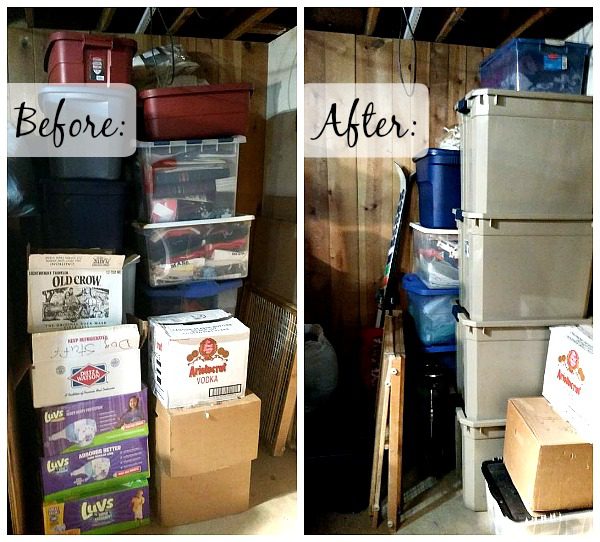 Hello again! I wanted to share another breakthrough for me that YOU are responsible for.

I have started to tackle a corner of my basement that has boxes I have had since I was 19 years old. I will be turning 40 in February, so I have moved this crap from house to house more times than I can count.

I would open a box and throw a few items away, get overwhelmed because it was a box of papers and photos. I forced myself to go through them. I found stuff I didn’t even know I had.

I looked at my parents’ nasty custody papers over me, and the memories flooded over me.
I cried. A lot.

I then gathered all those papers, and took them to the wood stove, and burned them. A million pounds were lifted off my shoulders. I released all the old anger and hurt in that fire. It was good. I reminded myself, I’m not other people’s memory keepers.

I also burned some old photos of past relationships (friends and lovers). I did break a rule you have suggested… I went out and got 4 plastic totes. I have my family memorabilia in probably 6 totes that stack together to form a dangerous teetering tower of plastic and paper.
I am giving each person ONE new tote. After that new tote is filled, that’s it. No more. The emptied totes will house something else… or be turned into recycling bins…. but the goal is to get all those little things into that smaller space.

I am reclaiming my house, one step at a time, and you have helped me along the way… in more ways than you know <smile>

Of all those boxes that I cleaned out so far? I took an entire mini van of crap to the dump. I even told my husband if he sees something he thinks I didn’t mean to throw away, to just throw it away. I know what’s in the boxes that’s going, and I promise it’s supposed to be there. He gave me a pat on the back, and cheered me on.

I love this so much. All of it. Gaining Decluttering Momentum (starting with non-emotional stuff like clothes and later tackling the tough stuff like custody papers) is possible. 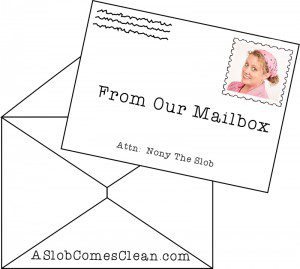 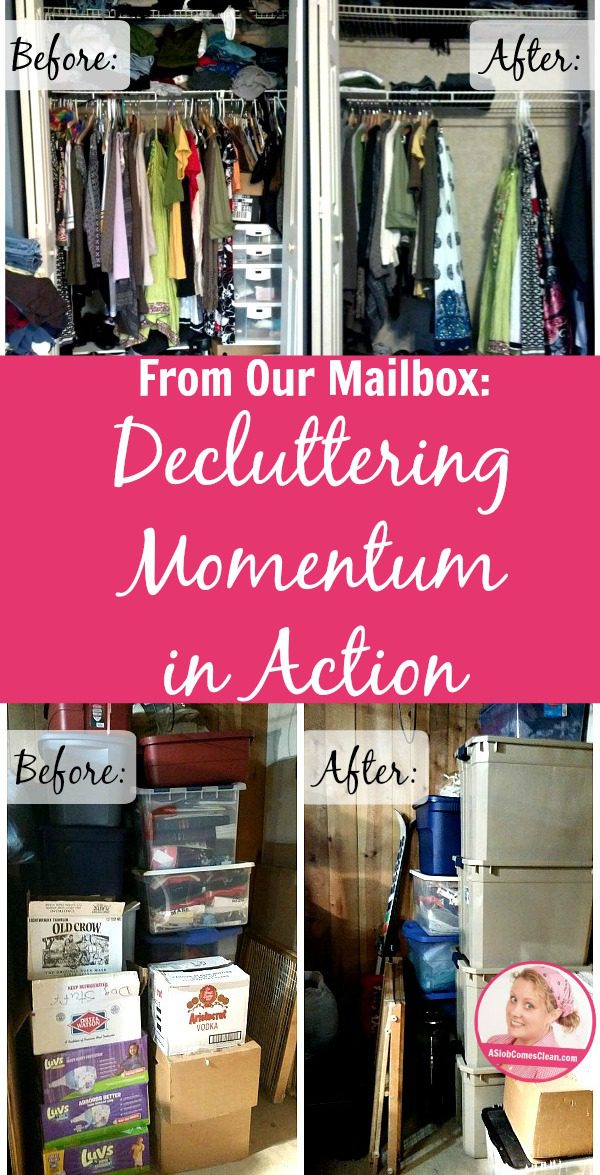 Read Newer Post I Suppose That Could Be Useful . . .
Read Older Post The Mama Who Kept on Decluttering