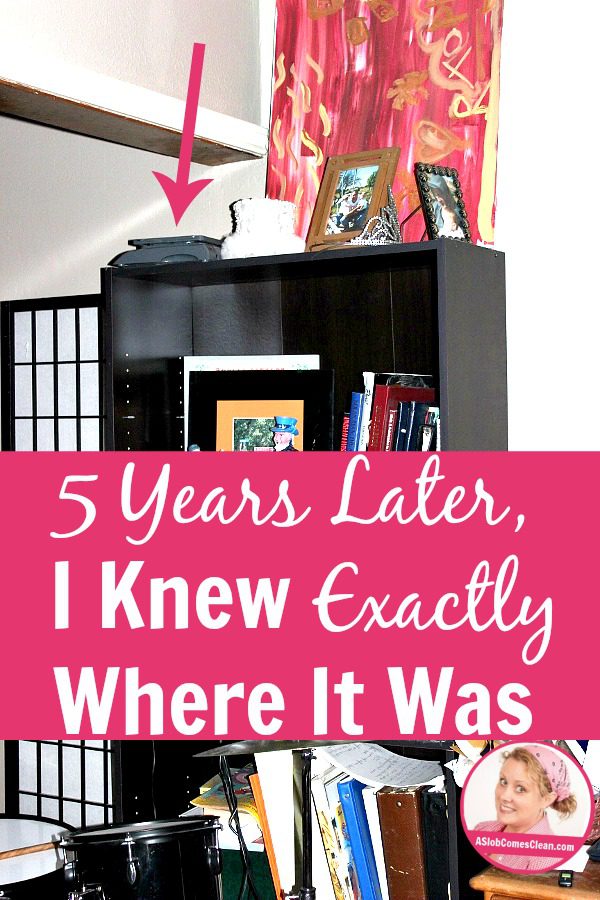 Unfortunately, this isn’t a post reporting the ongoing success of an organizing project from 5 years ago.

It’s a post demonstrating the enigma that plagued me for years.

My son is doing a science project. We needed to weigh some rather lightweight things. I told him, “We actually have a scale that measures in ounces. It’s the postage scale I used when I sold on eBay. Don’t worry. I know exactly where it is.”

I went right to it. 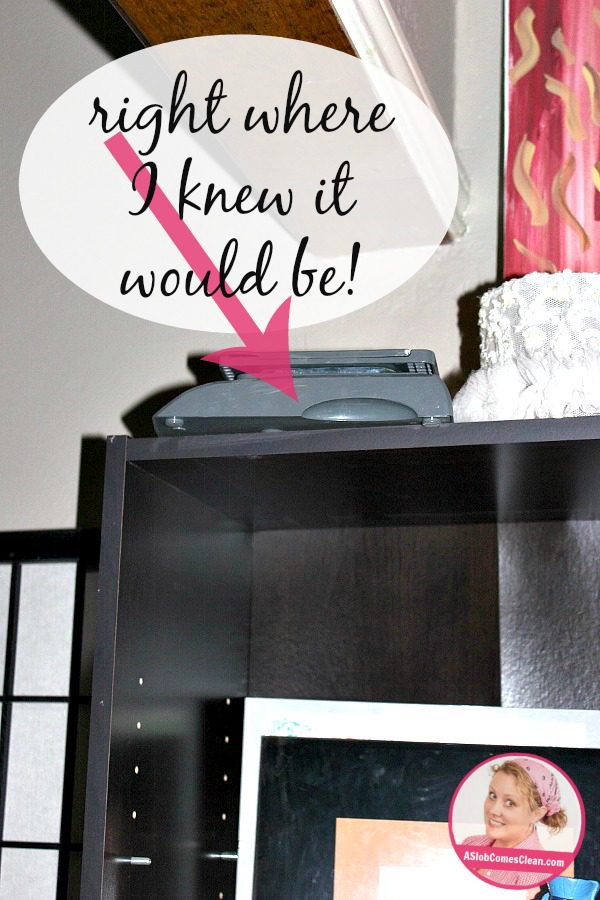 And then he asked where the tape measure was.

In the Junk Drawer.

Or it should be.

If it’s not in the first Junk Drawer you open, try the other three. If it isn’t in one of those, try the garage. Maybe on top of that chest of drawers. Or in Daddy’s toolbox. Or maybe on the shelf by the freezer.

In the last five years, I’ve used that digital postal scale maybe one time. Maybe. But all that time, I knew exactly where it was.

In the last five years, we’ve used the tape measure hundreds of times. But every time we need it, I’m never completely sure where we’ll find it. If I’ve used my first decluttering question on it recently, we’re in luck. If I used it and absentmindedly put it down in some random place, not so much.

But that scale, when it does get used, goes back to its exact spot every time.

Here’s the disconnect. When I sold on eBay, I had an elaborate, efficient system. Clothes were washed, organized, photographed, placed into Ziploc bags and put in a specific spot to await the ends of their auctions. Once the auctions ended, I set up everything on my bed and methodically sorted and weighed and printed postage and scheduled pickups.

I had a system.

When people would ask me about selling on eBay, I would describe how I made it work and their eyes would widen at all the work I put in and how organized I was.

Many a person claimed they could never do what I did because they simply weren’t organized enough.

Many a person whose home was consistently clutter free and vacuumed and whose countertops weren’t covered in dirty dishes.

Many a person whose home was the complete opposite of mine.

And that was part of the reason I was so frustrated with my inability to keep my home under control. In certain areas I was ridiculously organized, passionate about having a designated place for my packing materials and labels and postage scale, and fanatical about being sure those things were always in their places.

I’m a project person. I lo-o-ove a project. I love tackling a challenge with a beginning, middle and end. Packing up baby clothes and sending them off and enjoying the satisfaction of money in my account was fun to me. Keeping it all organized jazzed me. There wasn’t an option. People all over the country were depending on me to ship them exactly what they paid for! If babies didn’t have the shoes to match their Easter outfits, I WOULD BE RESPONSIBLE!!!

There’s totally a disconnect. Really. But I now get it. (Sortof.)

I am the person willing to let little things go (boring stuff like picking up toys or emptying the dishwasher or wiping toothpaste splatters off mirrors) for the sake of big things like a complicated system for shipping coats and mittens and hairbows all around the country.

Actually, I wasn’t “willing to let little things go” as much as I just never stopped to consider the little things and how they might suffer before I jumped into a fun and exciting project with both feet!

So, five years after I last sold anything on eBay (other than a failed attempt here or there), I still know EXACTLY where to find that postal scale.

Just don’t ask me about the scissors we used last night.

Oh. You’re curious about the other randomness on that back-in-a-corner-I-pretend-no-one-ever-sees bookshelf? Well, the white thing is a toilet paper holder to put on the table at a wedding reception if you use toilet paper instead of napkins. (It’s a Thailand thing I bought for uniqueness, but didn’t use in my own wedding.) The canvas is a painting we did as a family when the kids were preschoolers. I did the background and each of us painted random things on it. A fun family project orchestrated by my mother. And a tiara. For days when I need to wear a tiara.