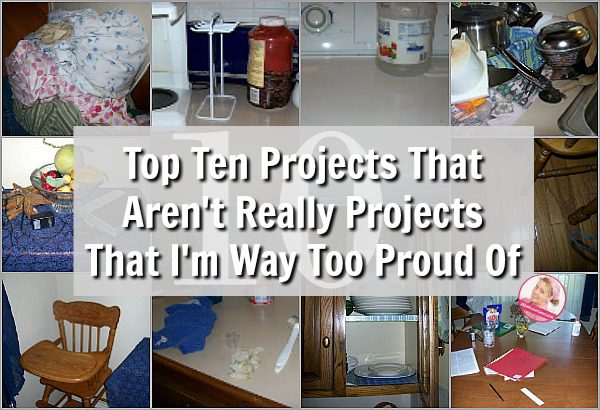 For these few weeks before dance classes and Bible Study get going, I’m trying to be incredibly focused.  You know, see the things that normally escape my Selective Slob Vision.

So here we go.  Ten things that no normal person would have put off for most of an entire summer.  Ten things that should have been done because each took all of about 20 seconds.  Ten projects (that aren’t really projects) that I’m way too proud of. 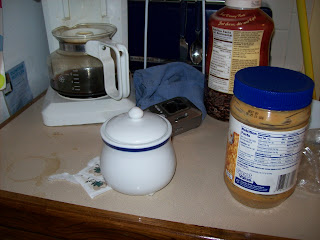 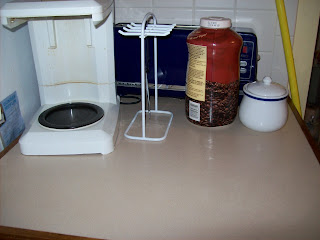 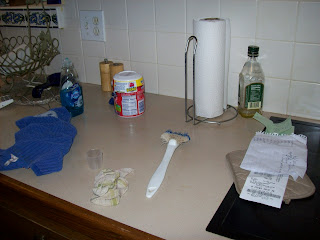 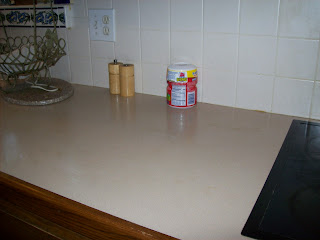 You know what’s so awful about this one?  I was ready to quit cleaning the kitchen when it looked like the before picture.  All the dishes were done, so I thought I was done.  The straightening was an afterthought. 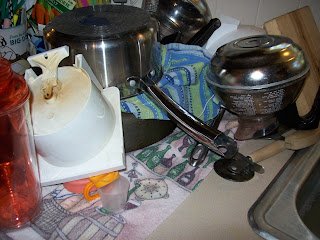 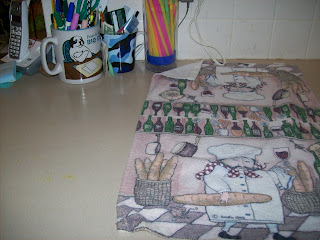 Again, I tend to justify that it’s okay to “be done” when the dishes are clean.  I remember having some food-service training once where they said that air-drying is most sanitary.  This rationalization just worsens my slob vision issues. 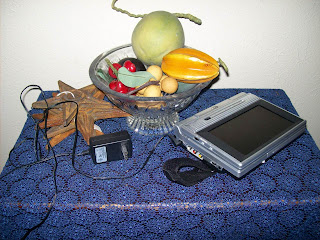 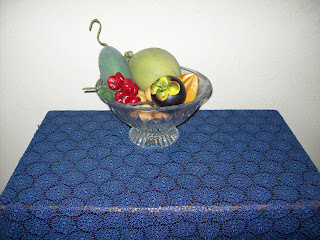 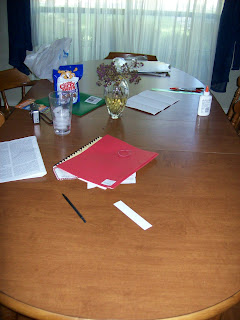 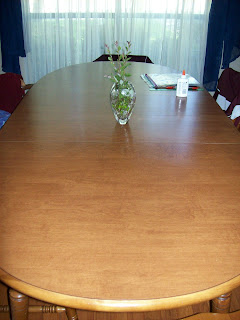 I really am proud of this one. 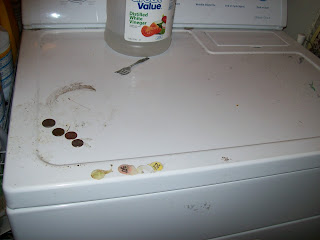 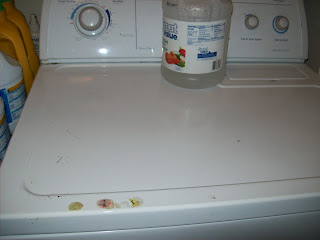 Considering how proud I was of myself that you could even see the top of the dryer, I felt like a housekeeping diva when I picked up the coins and fork.  But then . . . I WIPED DOWN THE TOP!  Surely not even Martha Stewart would have taken the time to do that.

(Those price stickers were too much trouble.  I’ll leave them to serve as a reminder of my garage-sale-addiction days.) 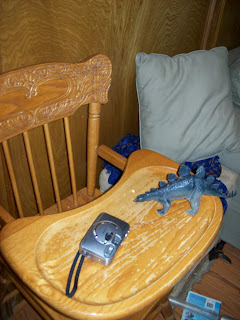 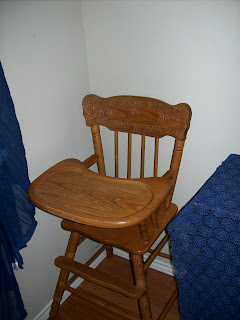 Moving this chair from it’s Friday-night-movie-watching-spot to its place in the dining room is one of those “projects” that makes me groan.  How in the world did I not see it sitting in the living room for an entire three days?  Even when I tripped over it, somehow its presence didn’t register.

And obviously, being a flat surface, it couldn’t help but collect random clutter during its stay in the living room. 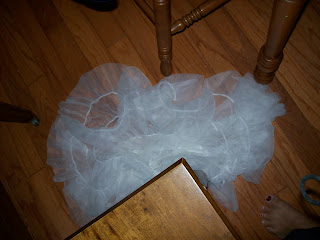 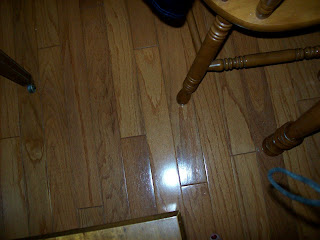 Time taken to pick up ultra-slippery-on-a-wood-floor item and return it to daughter’s dress-up box:  30 seconds.

Time that item was in that spot:  Don’t want to think about it. 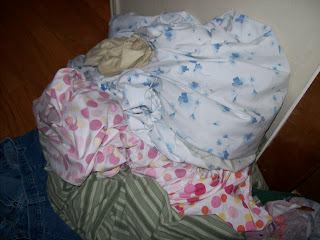 Laundry.  Because one day of wearing a girdle with workout capris because there’s no more undies in the drawer . . .  is one too many for this slob. 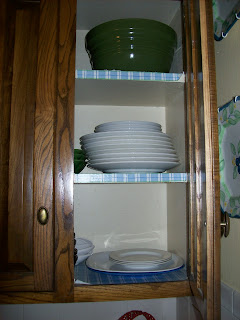 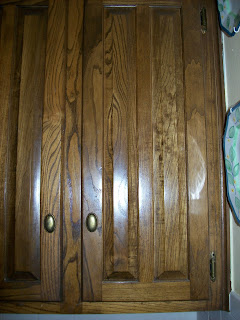 Instant beautification!!!  Yes, folks . . .  I really am that proud of closing my cabinet doors!

This post was mostly fun, but it reveals a big part of my slob-problem.  Simple maintenance gets blown way out of proportion in my mind.  Things that are minor adjustments or finishing touches on the tasks I’m already doing feel like projects to me.  And it’s much easier to justify putting something off if it’s a “project.”

Each of these before/after sets of pictures showed one very small thing that I had neglected over the course of the summer, even though we were doing the big stuff like mopping the kitchen and cleaning the bathrooms.  Even though I was running the dishwasher every night and kept a pile-up from happening in the kitchen.

Each of these neglected areas may be small on its own, but if you put them all together, you have one messy, cluttered house.

I’m linking this up to Top Ten Tuesday over at oh amanda. 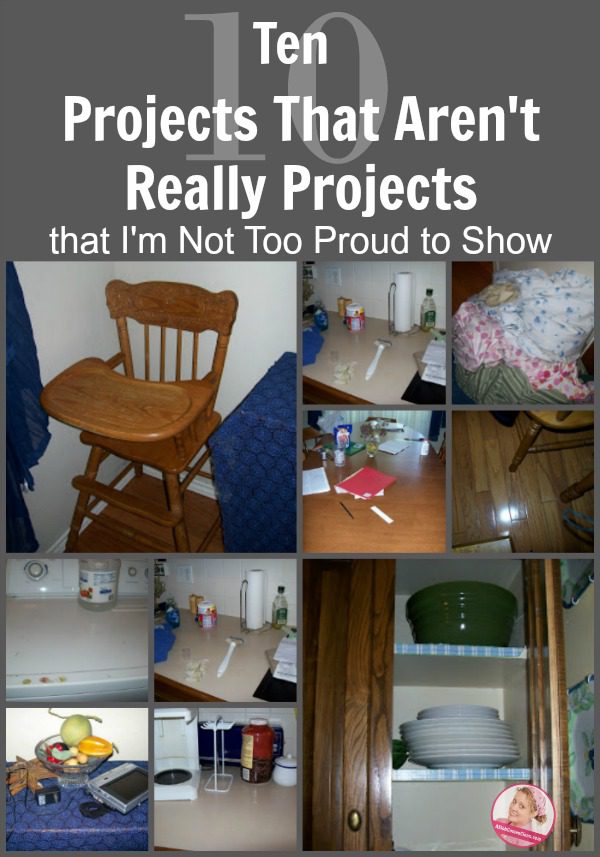