How do we end up with so many shoes???

Oh. Yeah. The kids grow out of theirs every time I turn around.

See what I did there? I totally blamed my kids for our overabundance of shoes in a way that makes it seem like I’m a normal mom with normal excess-shoe-problems.

I finally tackled our ridiculous shoe shelf by the back door, and that was when I realized my own shoes were a big part of the problem.

Wish you knew which shoes to declutter? Here’s what I learned: 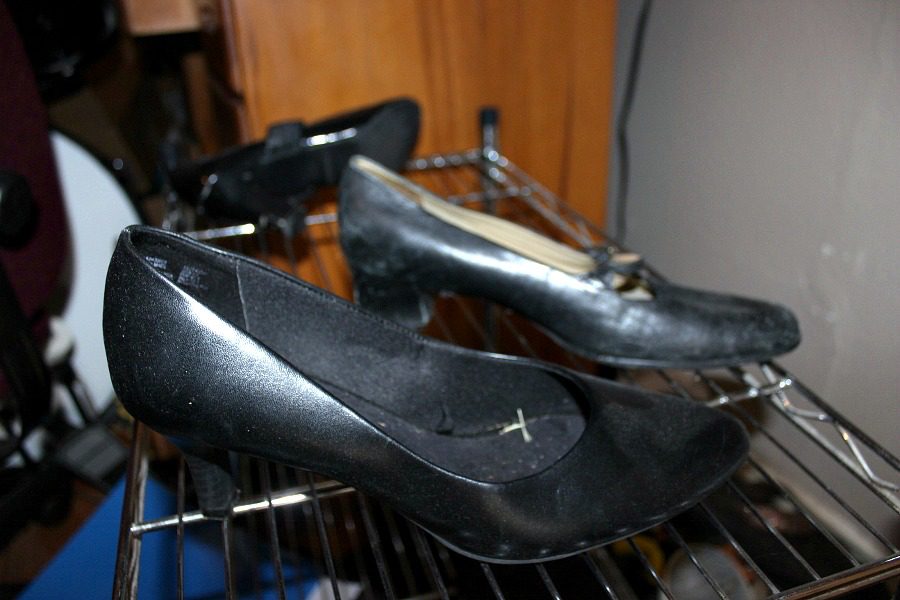 It doesn’t matter that the scuffed and ugly pair felt so great when you bought them while you were pregnant (ten years ago). 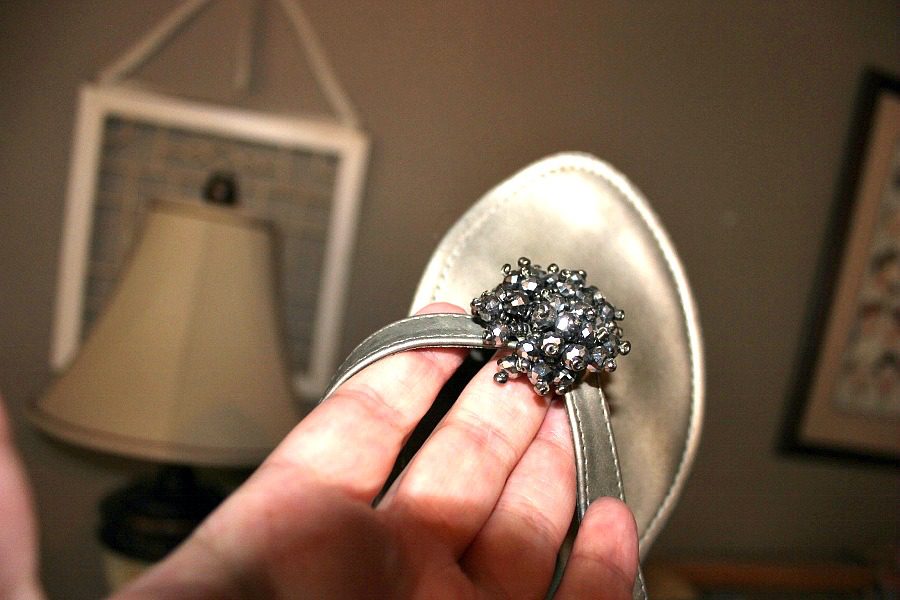 Mmmm-hmmmmm. The key word for me, as someone fortunate enough to still have two feet, is “that” instead of the better-for-when-you’re-talking-about-shoes word “those.”

And there’s no “s” on the end of sandal, either.

I don’t know how I even got this sandal home. Last summer, the other one finally broke, and I really thought I threw it away immediately and walked back to my car single-shoed. (A big deal on Texas-in-August concrete!)

Maybe I wore this one home? And then actually put it on the shoe shelf when I walked in the door? 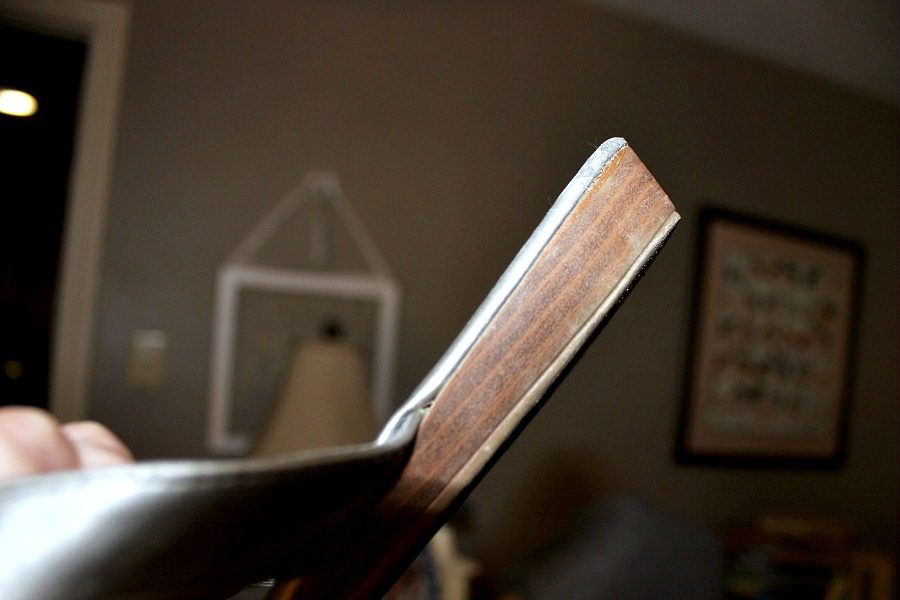 Whatever. Even though I loved that/those shoe(s), there’s no point in keeping one. No matter how many compliments I received every time I wore them, and no matter if the perfectly heighted heel made them the most comfortable AND cute flip-flops I think I’ve ever had.

I have one sandal and two feet. The math doesn’t work. 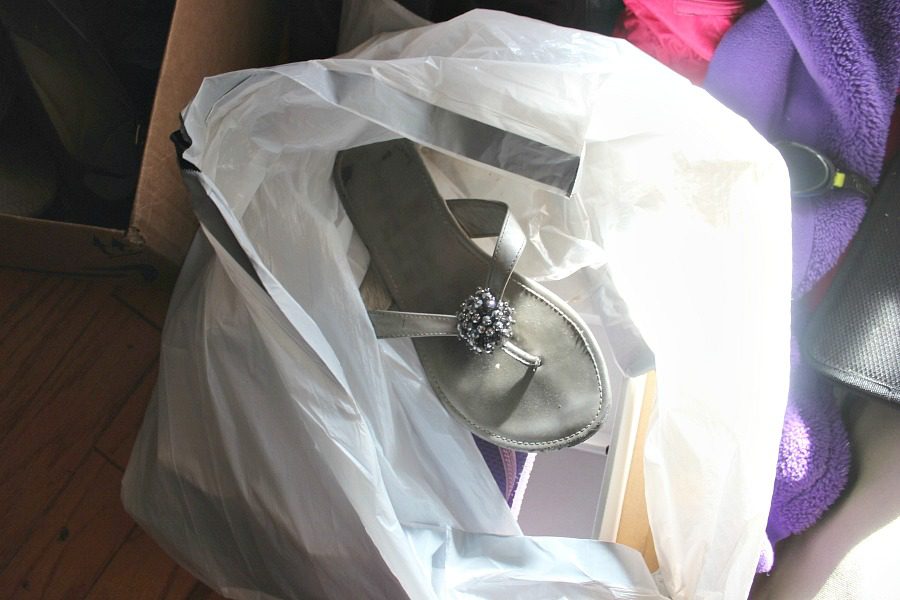 If there’s only one, it has to go.

One More Way to Decide if Shoes are Worth Keeping 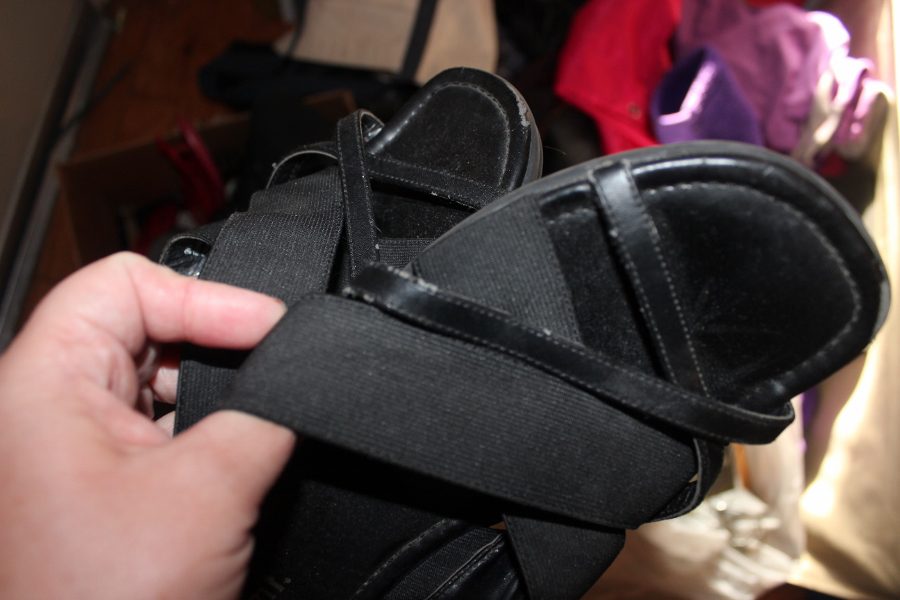 You’ve probably already figured this out, but I’m no fashion blogger. I never believed these black sandals were the perfect finisher to any outfit, but I loved them because they were a perfectly fine pair of shoes I could slide on (like without bending over or touching them or anything) just before I walked out the door.

Balance. Literally. Multiple times, I fell over in these shoes. Not tripped. FELL OVER.

Like, I was standing there talking to someone, or singing in the choir at church or ordering lunch, and I fell over. From a standing position.

I’m sure it was something about center of gravity or the shape of the heel, but these shoes needed to go.

I know what you’re thinking, but it couldn’t be my lack of coordination since this phenomenon only happened in this particular pair of shoes. Really!

I’d thought about getting rid of them many times, and I actually believed I already had. Whatever. I’m proud of myself for finally pitching them before I broke my ankle.