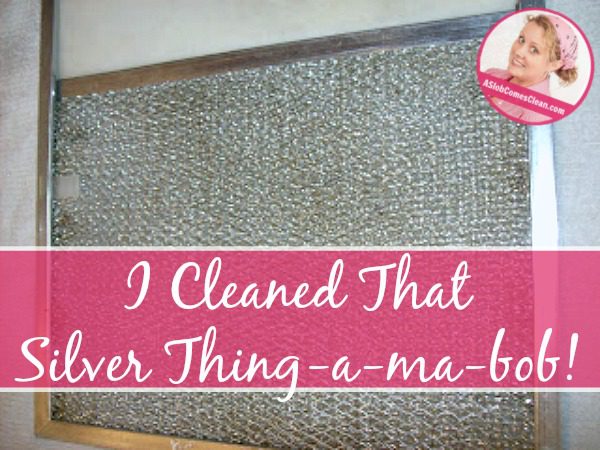 If you’re anything like I was before this morning, you probably looked at that picture and thought, “Oh, THAT thingamabob. I have one of those . . . but mine’s brown.” 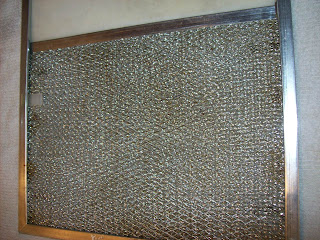 Yep, this morning that’s what I would have said.

Turns out, it was actually silver?!?!

It’s the thing that goes above the stove, a sort of filter for the vent. You know, the one with the little warning sign that says to clean it regularly with a mild detergent? I’ve seen that sign so many times and thought, “Mmmm. Good idea. I need to do that.”

In my younger days, when I was still living with the delusion that my slob-ness was circumstantial, meaning I thought it would go away once I stayed home full time, I watched a lot of HGTV. (Probably should have been a clue that I was watching tv instead of cleaning, but whatever.) I watched decorating, organizing, and home maintenance shows with total fascination. It never occurred to me that I wouldn’t just naturally do those things once we had kids and I was a stay-at-home-mom.

But this morning, while completing my daily checklist, I let register what I had been pretending not to see for a few weeks. There were actually drips coming down from it. Not dripping, but drips. Meaning . . . grease starting to form a few little hangy-downy nubs.

So I pulled that thing down, dropped it in the still-warm-and-soapy dishwater, and let it soak. After I finished sweeping the kitchen, I took it out, scrubbed it, and then let it soak some more.

Who’d a thunk it?