Today is January 3rd. I wrote this post on December 26th. On December 26th, I was so proud of myself for just picking up, and had full faith that I’d do the “real” after Christmas cleanup precisely on time: January 1st.

Ummmm, I didn’t. New Year’s Day and the day after came and went, and my tree is still up. Oops.

And I didn’t even get this post up in the week after Christmas (when it would have made me look good). So I was tempted to not share it at all. But it’s written. And the steps still apply to any room that overwhelms me when I realize I need to clean it up. 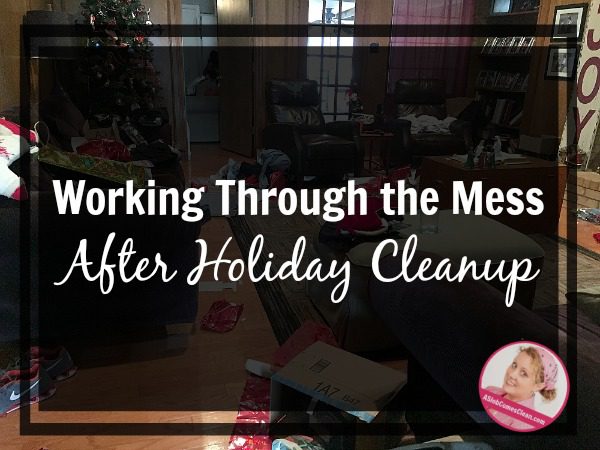 I won’t do the math and figure out how many years I didn’t bother cleaning up our Christmas mess right away. So many times, I looked at the volume of new mess added to old mess and felt paralyzed. That paralysis made me procrastinate, and we ended up with a disaster to dig our way out of in January.

So I was proud of myself for dealing with the mess on December 26th this year! (If these pictures make you assume I don’t understand real mess, check out some of the before and after photos here. I promise, I understand.)

I’ve shared my steps for working through overwhelming mess before.

Here they are in action  last week: 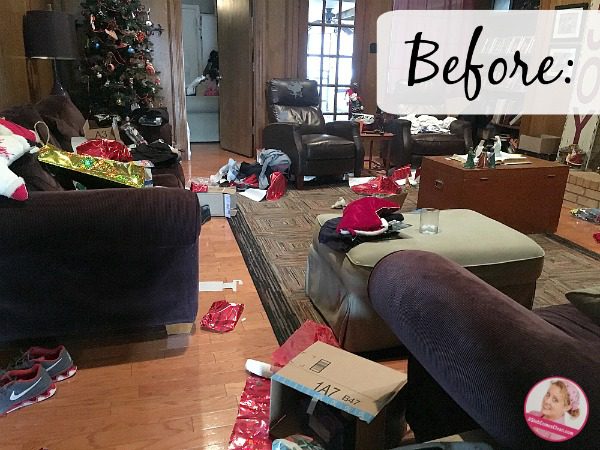 1. I took a deep breath and grabbed a trash bag. I went through the room, picking up trash. Wrapping paper, empty packaging, paper plates. 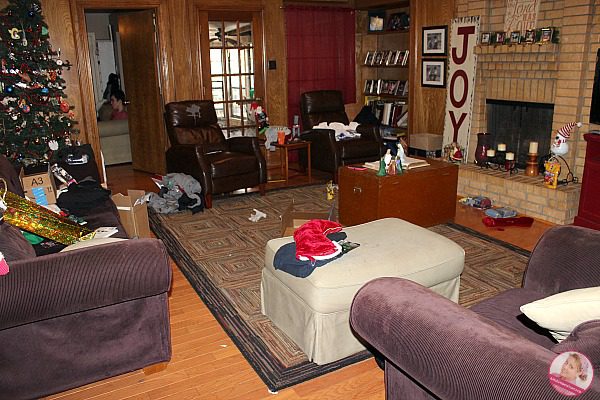 Seeing a visible difference spurs me to keep going.

2. Do the easy stuff. Take things where they go right now. 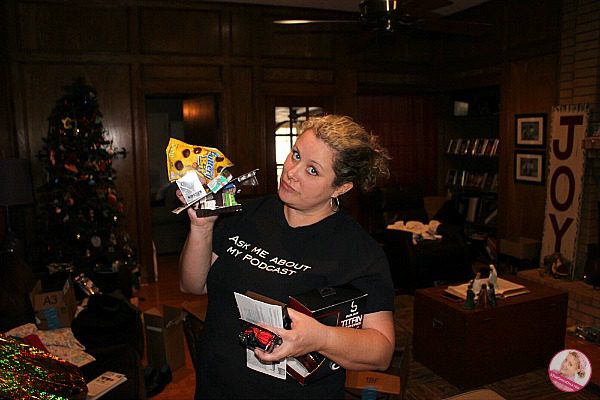 I didn’t moan or groan (much), but just started answering the question: Where would I look for this first?

And then I took it there.

The “take it there right now” game-changing decluttering strategy doesn’t mean each little item has to be a separate trip. As I pick up something, I take it where it goes immediately. But, to save time and sanity, I look for other things to take where I’m going anyway. 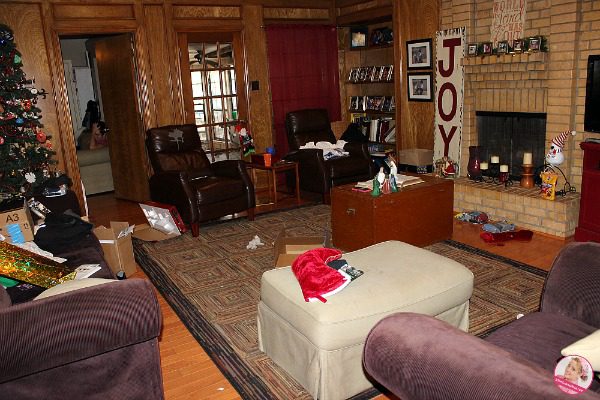 3. I kept on with the easy stuff, consolidating boxes and gift bags and stockings. I also dealt with the procrasticlutter over there on that recliner. That’s laundry that didn’t get folded straight out of the dryer because someone other than me was doing the laundry.

While there was most definitely a part of me that wanted to stomp my foot and whine at the reappearance of a problem I’d finally solved after years of laundry struggles, I chose to be thankful for the person who did the laundry. The person who wasn’t me. 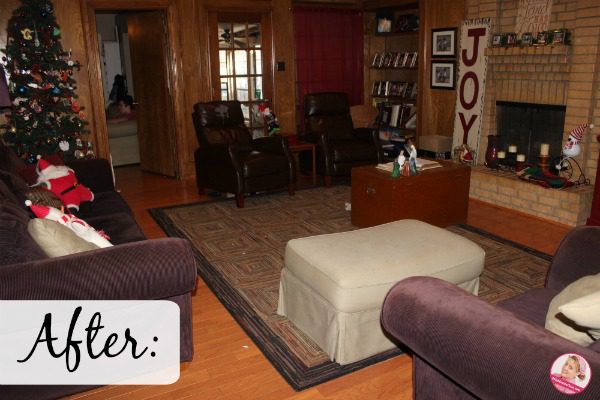 How is your after-holiday cleanup going?

P.P.S. Yep. I also saw that my teenager was sitting in that next room playing his new video game while I worked. I was in the zone, completely out of routine during that odd week between Christmas and New Year’s Day, and the other kids were gone so it didn’t occur to me to do this as a family pick-up time. Oops!

P.P.P.S. Don’t buy fake leather recliners. Fake leather peels. And looks bad. And has to be covered by a throw blanket to look decent. But throw blankets get carried to the next room on cold days, and then slob-blogger-moms forget to put them back before taking pictures.

Read Newer Post 115 Dealing with the Onslaught of New Stuff
Read Older Post Decluttering: Getting It OUT is Sometimes the Hardest Part!