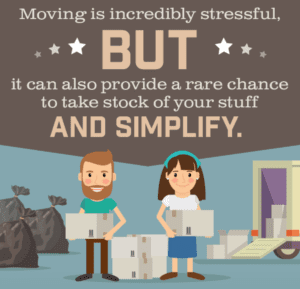 Hubby is moving to a new office after 11 years.

11 years in one place means there’s clutter to deal with. As the wife, I’ve been helping. Strangely, though, he doesn’t seem to value my decluttering expertise the way someone else might.

I’ve mostly been trying to be supportive. Just being there as he goes through things and offering opinions when he asks for them.

The main thing I’ve encouraged him to do? Don’t make assumptions about piles (or entire drawers) full of things you assume are ALL sentimental things.

The most obvious decluttering advantage that moving provides is the opportunity to purge on two sides. Purge as we pack and purge as we unpack.

But it’s just so tempting to assume we know what’s in a pile or a drawer and blindly pack it up. He opened a file drawer and said, “Oh, this is all sentimental stuff from years past. Gifts and cards and things.”

Have I mentioned that he tends to be more sentimental than me?

I told/encouraged him to go ahead and look at things as he put them in the moving box because he might find things that aren’t sentimental. The more he can go ahead and trash those things, the less he’ll have to pack, move, and deal with on the other end as he unpacks.

He was surprised to find that there was quite a bit that he didn’t even remember, or that didn’t bring up any emotion and he could purge easily. 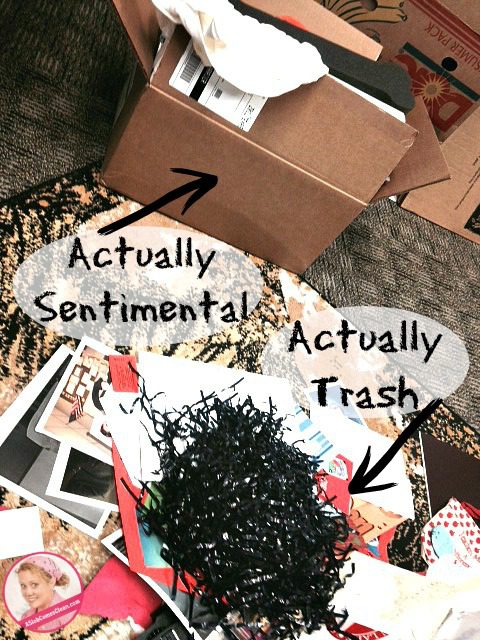 Yay for having less to move.

But y’all, this office-packing experience has me in full-on dread of his eventual retirement. Because there’s a wholotta stuff that looks cool and interesting and quirky in his office but I have no place for in my home. It may not be as breezy of a conversation when we pack up that office.

I’m grateful there’s no need for a stopping place between offices. The stuff can go straight to its new home, even if it can’t be unpacked immediately. 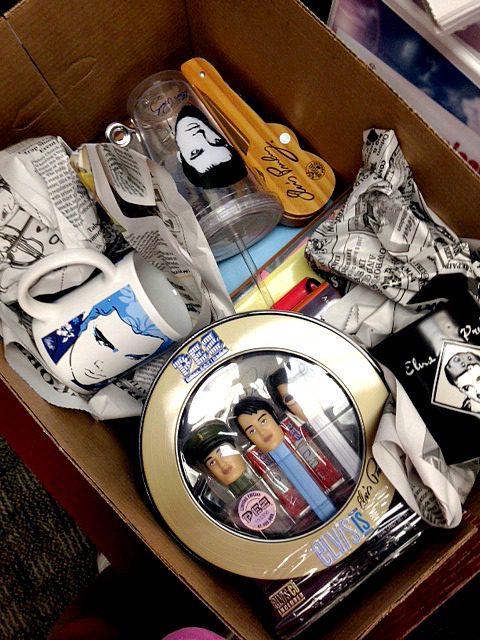 But that brings me to a good place to mention my new partnership with SpareFoot.com. I’m a spokesperson for them, and they’re all about moving right now. This time (end of May, beginning of June) is officially moving season, and it’s the time of year when more Americans move than at any other time.

If you’re moving and have some up-in-the-air-no-place-to-dump-your-stuff time between homes (or offices), check out their tool for finding the best price and coolest features on storage options near you.

SpareFoot conducted a survey specifically about moving and clutter, and (as a chronic clutter discusser) I thought the results were interesting. 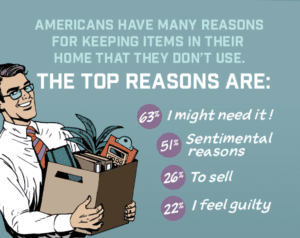 And oh my, haven’t we had all of these discussions here on the blog: 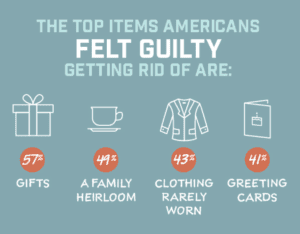 Does the thought of moving inspire you to declutter, or does it completely overwhelm you?

Read Newer Post How to Remove Hairy, Scary Dust Bunnies from a Broom Without Touching Them
Read Older Post 4 Things I Found When I Cleaned My Laundry Room