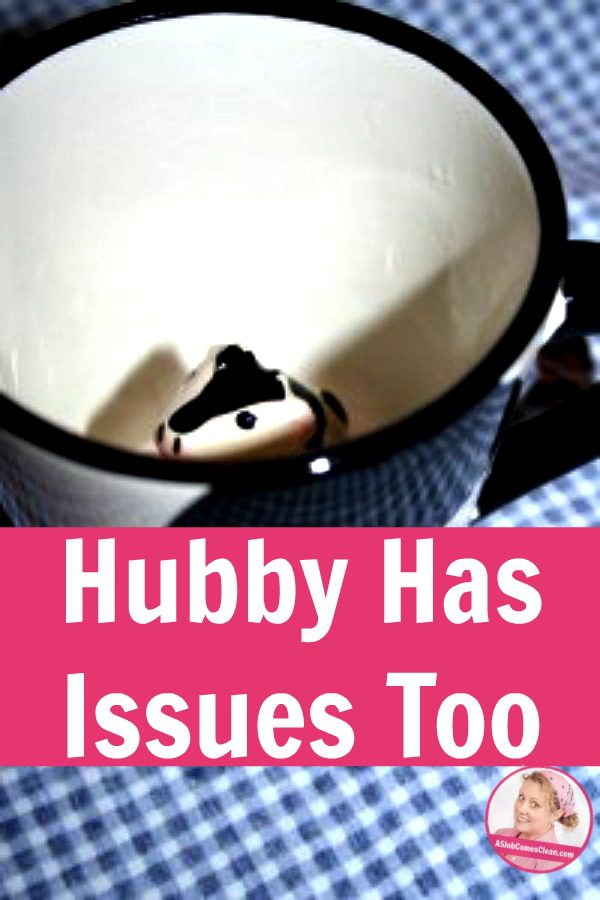 I knew we had too many mugs.

I knew most of them came into our home through Hubby.

Some were gifts from work.  Some were from his (many) bachelor years.

I’ve always known that I have issues.

But I don’t think I realized Hubby has them too . . . until about a month ago.

At a Christmas party gag gift exchange, he chose this gift. 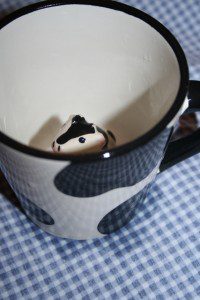 Not as a wrapped, who-knows-what-it-is-let’s-get-crazy-and-take-a-chance choice.

He stole it.  Like . . . someone else opened it and he saw it and he wanted it.  Enough to steal it.

No, your eyes are not deceiving you.  That is a cow.  A cow inside a mug. 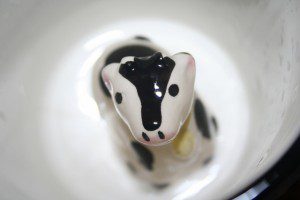 No, you’re not un-cool and out of the loop.  Cows inside mugs isn’t a new trend.

This morning, when hubby drank out of it, he decided that (even though he had tried to deny it before) coffee in a Stupid Cow Mug has a “whang” to it.

Evidently, it’s difficult to properly seal a ceramic cow that’s sitting inside of a mug.

Gleefully, I threw it in the trash.

Note: I love hubby and can totally accept his Mug Issues since he kindly accepts my Many Assorted Issues.  He knows I wrote this and doesn’t mind because he loves when he is the subject of my posts.