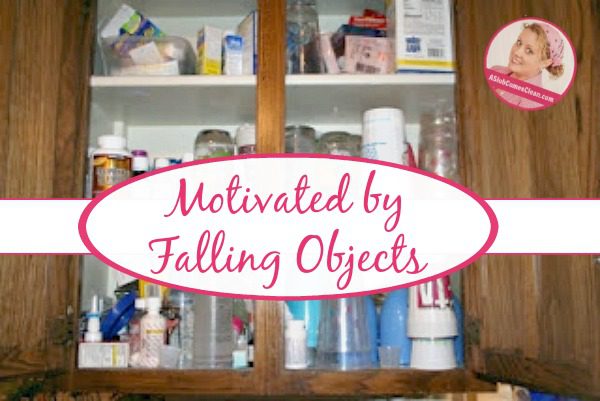 Sometimes you weigh various factors when deciding which area to declutter next.

Sometimes it just hits you over the head. 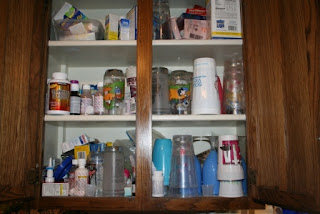 I’ve been doing a decluttering/organization project most Thursdays.  This morning, as I deflected falling cups and medicine bottles, I decided that this kitchen cabinet would be today’s project.

I started by removing the cups and glasses.  The stuff that’s actually supposed to be in there.  When I was done, it looked like this: 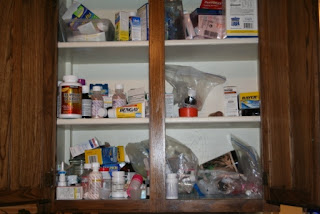 Go ahead.  Scroll up to the before picture. Then down here again.  Then back up and back down.

You’re not missing anything.  It really doesn’t look like there’s any difference.

Medicines have taken over.  And (I’m so thankful that) we are a relatively healthy family.

I started removing things, and quickly became overwhelmed.  Medicine is good, right?  If we need it, like . . . in the middle of a stormy/icy/whatever night, not having ANYthing already in our cabinets could prove deadly, or at least annoying. 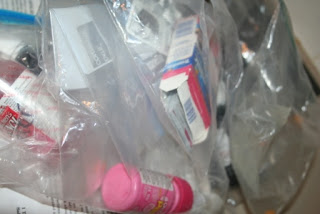 I quickly realized that ONE of my problems was the number of plastic bags we had taken on various trips.  I’m sure after each trip I rationalized that putting the entire bag in the cabinet would life easier when it was time to take another trip.

But it didn’t make life easier.  Definitely not in the time between trips, because of the impossibility of keeping the bag-pile straight, but also not during prep for other trips.

You know, since there were at least six different bags.  This means five of them were prepared while there were others already “ready to go” in the cabinet. 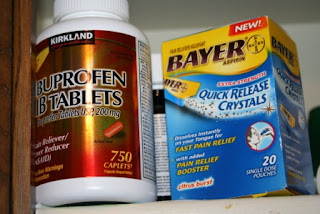 I debated over keeping similar, but not exactly the same, medicines.

Do I keep the medicine that is hubby’s second choice when he runs out of Ibuprofen?  Especially when just yesterday I bought what seems like it will be a lifetime’s supply of Ibuprofen at Costco?

When I saw that the aspirin expired two years ago, I decided to get rid of it.  That decision helped me realize that if I gave myself a simple guideline of automatically tossing anything that was expired, the majority of my decluttering decisions would be made for me.

After purging the medicines, and replacing the cups and glasses, it looked like this: 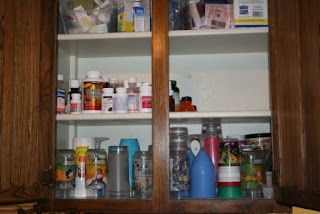 I didn’t even attempt to work on the top shelf.  I was going for functionality and just wanted to stop the glasses from falling out.  Most likely, the majority of the stuff up there could be purged as well.

I’ll be linking this up to Orgjunkie.com for her 52 Weeks of Organizing. 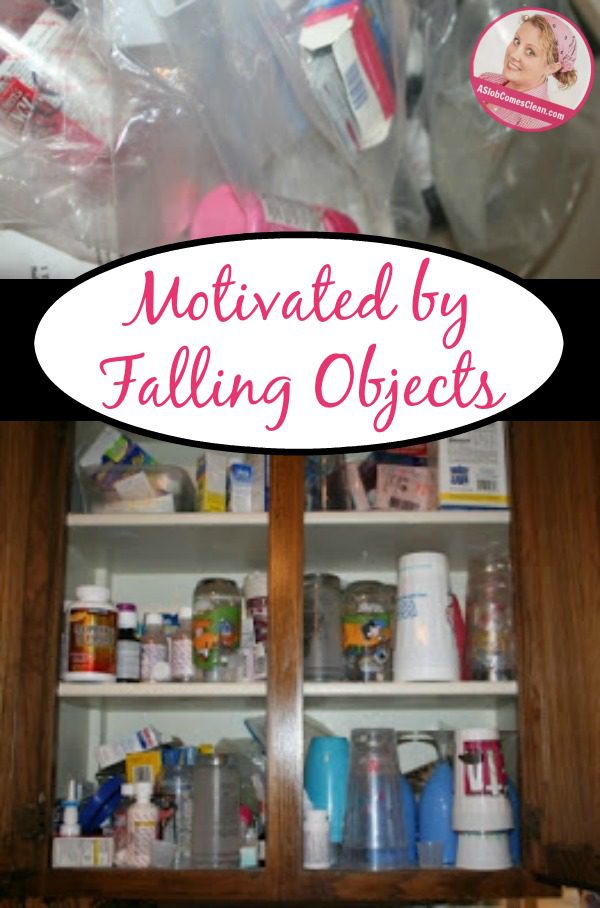