Recently, through My Blog Spark, I agreed to take Cascade Complete’s 24 Hour Challenge.

The challenge was to cook something especially messy, and then not do the dishes for 24 hours.

Mmmmm, I can totally do that. 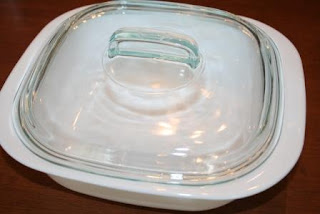 They sent me this pretty white casserole dish in the picture. Ha!  A pretty white dish is no match for this slob.

So I chose to make Spaghetti Pie.  And just so you know, anyone who compares the calories between Spaghetti Pie and Blueberry Cobbler and finds that I actually ate more calories this way . . . is officially not my friend.

Besides, the recipe called for zucchini, which means that it’s totally healthy. 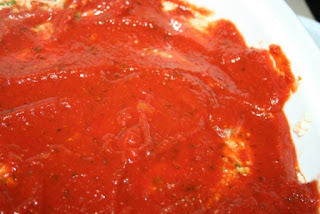 I started by pouring spaghetti sauce in the bottom of the dish, which was NOT part of the recipe, but I thought would make the how-difficult-can-you-make-it-to-clean-this-dish thing more interesting. 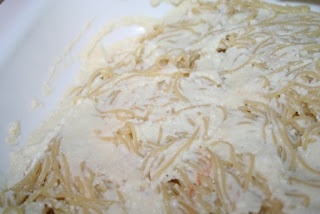 The first layer is a mixture of spaghetti, one egg, and parmesan cheese. I then added the zucchini which I had grated and sauteed with garlic and olive oil. I topped that with more sauce and mozzarella (taking care to slosh a little up on the sides so that it would be harder to clean, hee hee). 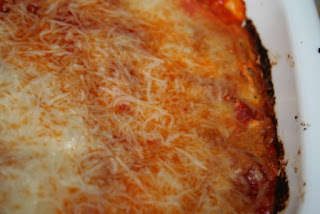 Then we ate it. 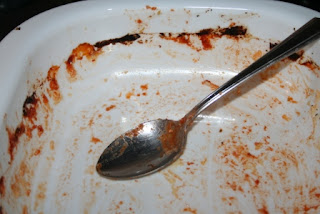 The challenge requested that I leave the dishes for 24 hours before washing them.  Let me tell you, it was hard to sleep.  I tossed and turned and saw visions of nail-ruining-scrubbing all night long.

Actually, I happily left the kitchen and didn’t think another thing about it.  I even went the extra mile and left ALL of my dishes to sit unwashed. 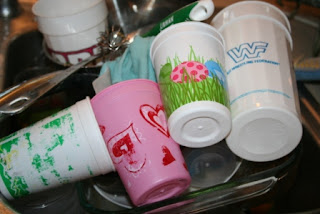 24 hours, FINE, 36 hours later, I loaded up the dishwasher and used the Cascade Complete All-In-1 Action Pac they had sent me. 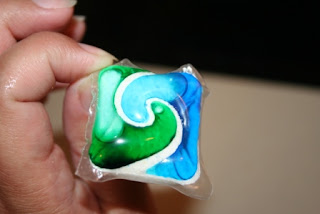 When the dishwasher was done, I got my camera ready and opened it up.   I was rather disappointed to find this: 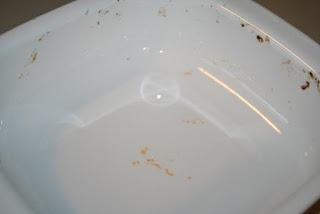 But then I saw that (as only rarely happens), the door on my detergent dispenser hadn’t opened, and much of the detergent hadn’t even dissolved: 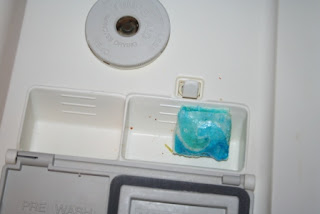 When you consider that it didn’t even get a full-powered-washing, I think that the after pic looks pretty good.  As I said, this does happen with my dishwasher on a rare occasion, so it was ultra-frustrating that it happened with this particular load.

In an effort to do my best on this challenge, I gave it one more go.  Though I didn’t have anything baked to try, I did leave dishes from spaghetti and macaroni and cheese out for (at least) 24 hours.  This time the door came open, the detergent fully dissolved, and these dirty dishes: 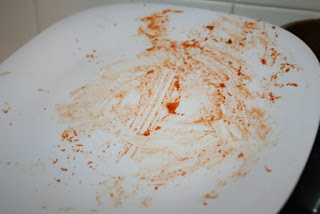 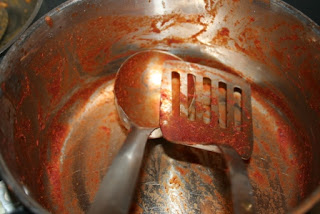 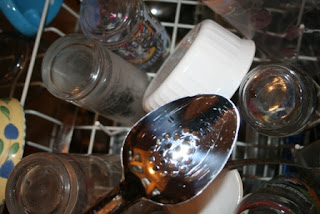 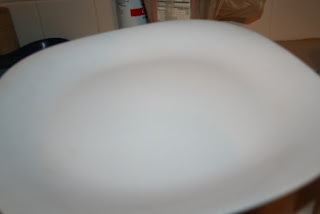 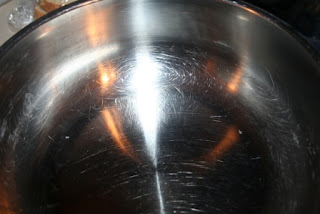 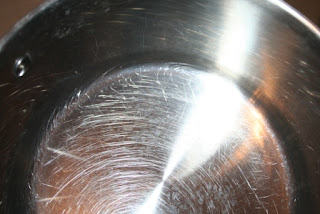 Except for the lone unflicked noodle: 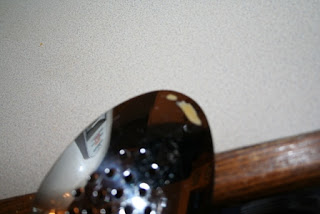 And I’m pretty sure I’m a worthy opponent for any cleaning product out there.

I have some samples of these Cascade ActionPacs that I will send to the first four readers who email me their mailing address at aslobcomesclean @ gmail . com.  With spaces removed, of course!

Giveaway Samples have all been claimed.

I was provided with the Cascade Complete All-In-1 ActionPacs, the casserole dish, a giftcard, and the additional samples by P&G through My Blog Spark. The faulty-at-the-worst-possible-time dishwasher, the experiences, the opinions, and the zucchini are all mine.