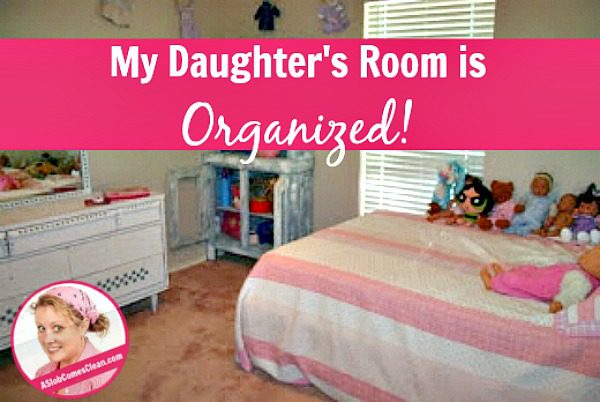 I shared on Friday that after being so proud of myself for organizing the garage, I ended up in a funk when the very next day, a desperate search for tap shoes made me unable to deny that my daughter’s room had . . . once again . . . ended up in a state of chaos. 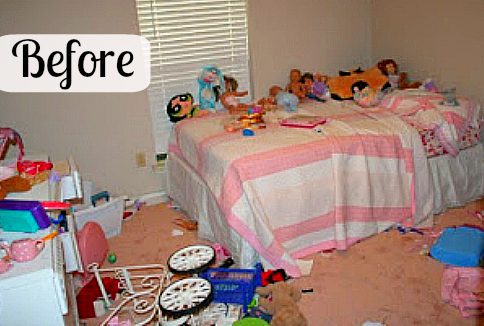 Such bigtime chaos and such a bigtime funk that I didn’t even take a legit before-picture.  Honestly, I felt  hopeless about it.

But after the Mommy Declaration that “We’re going to clean up this room once and for all!” (like once-and-for-all-cleaning is even possible), I had to do it.

We designated a Get Rid Of basket, and a Keep basket.

Thankfully, the Get Rid Of basket filled to overflowing first.  I have hope that my daughter hasn’t inherited my slob-brain, because she was very willing to give things up.  I think that’s a good sign.

I trudged through the first day, and quit when it looked like the picture at the top of the post.

I considered similar spaces.  Spaces that I am most adept at ignoring.  Spaces where I don’t necessarily have to spend long periods of time, so I can “let” them get this way.

I thought about the playroom and the laundry room.  Both spaces I’ve decluttered/organized in the not-too-distant-past.  And they’ve stayed in pretty good condition, with NO maintenance.

Here are some at-this-moment pictures.  I was tempted, but did not let myself straighten anything before I took the pictures. 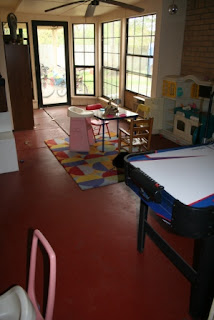 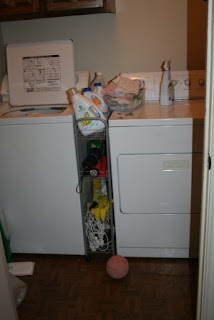 Other than the I-have-no-idea-why-it-is-there basketball, I’m rather impressed with these spaces.

So, what made these organizing projects successful?

I decided that in my daughter’s room, we would only keep things she plays with.  Basically, that’s Barbies, Polly Pockets, and babies.  That decision freed me quite a bit.  We also kept her favorite stuffed animals, books, and two learning toys.

Junk was gone.  And the place where the most junk was found? 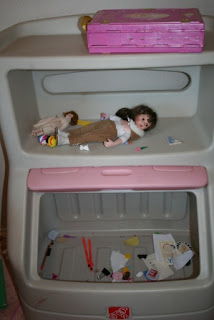 Down in the depths of the toy box.  It’s a black hole where itty-bitty things go to die, and it can’t possibly ever be organized, at least not in this house.

So I hauled it out.

At that point, I really got depressed.  Honestly, my very favorite comments on the garage-clean-out post were about how I didn’t use any fancy systems or expensive pretty containers.  I just used what I had, and didn’t spend a dime.

For my daughter’s room, though, I ached for pretty containers.  I wanted a cutesy little system.  But too many times, we’ve wasted stuff like that.  I couldn’t justify buying anything.  I decided to try the wooden (hideously ugly) shelf that I had emptied in the garage.  I thought that if it worked as an “out in plain sight” storage system, we would one day paint it.  I hauled the (crazy-heavy) thing all the way to her room by myself, only to decide that it was so crazy-heavy . . . that it wasn’t safe.  While I pushed it on a towel across the wood floors, it tipped a few times, and it was too heavy for even me to be able to catch it easily. 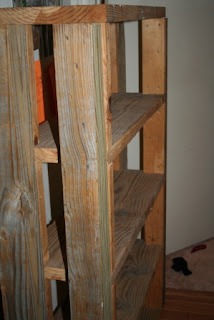 NOT worth the risk.

I didn’t know what I was going to do, and then on Saturday morning, I decided to move the hutch out of my office into her room.  I love the hutch, but it doesn’t really match any space in this house.  It would be perfect for her room. 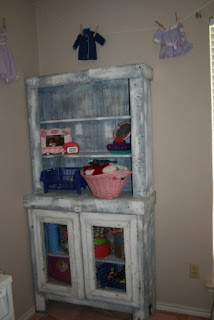 It’s very steady and nowhere near as heavy, and I put it in a place where if it did fall,  it would fall onto her dresser.

I headed out to the garage to find the storage containers I had uncovered last week.  They weren’t pretty, but they worked great for Barbie and her clothes.  I have no idea where they came from, except that they appeared at the same time Chuck arrived in one just like them.  (And he left in one too.) 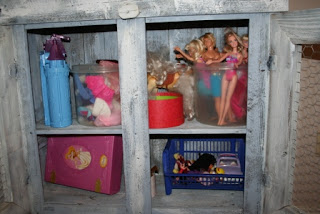 I put her stroller and baby crib over where the toy box had been. Within minutes, the peaceful and uncluttered space was being enjoyed: 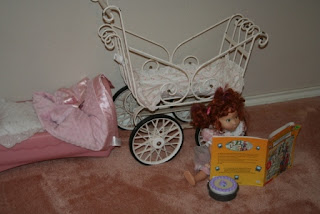 And here’s the final result: 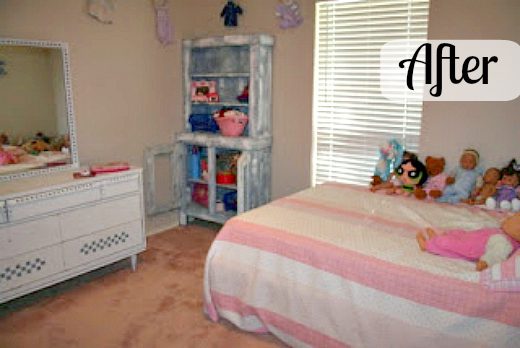 It may not be obvious in the picture, but this feels like an almost empty room compared to before.

And we love it.
I’m no longer feeling hopeless about this room. 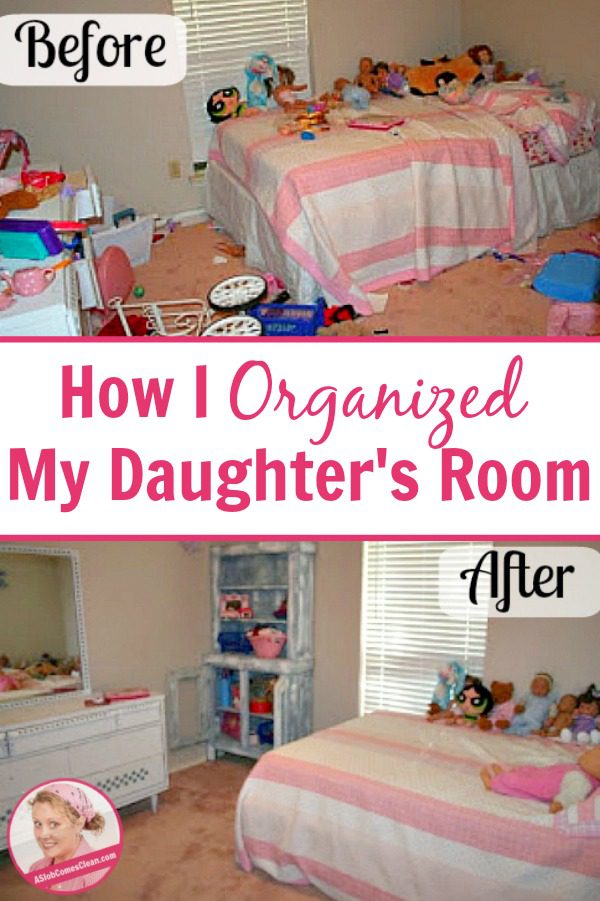