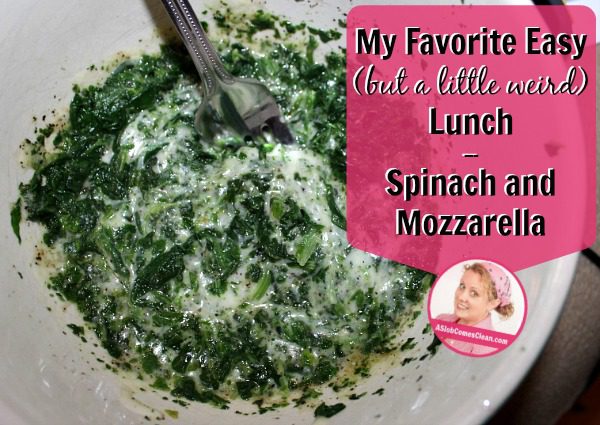 I love spinach and mozzarella together. My husband has been known to brag that I can make any version of those two ingredients taste great.

Working at home, I struggle so much with lunch. If I actually remember to eat it (seriously, this is a recurring problem), I often get frustrated by my lack of ideas or lack of time to carry through on the ideas I do have.

This started out as an excuse to make spinach artichoke dip, which is a favorite. But over time, I’ve simplified it down even more. Last week, I ran out of chips and ate it alone. Not as a dip. At that point, I decided it was versatile and delicious enough that I HAD to put it into a post.

If you’re new around here, you might not know that I resist recipes. Actual recipes that expect to be followed.

So this is more of a lunch idea than a recipe for something I eat for lunch. 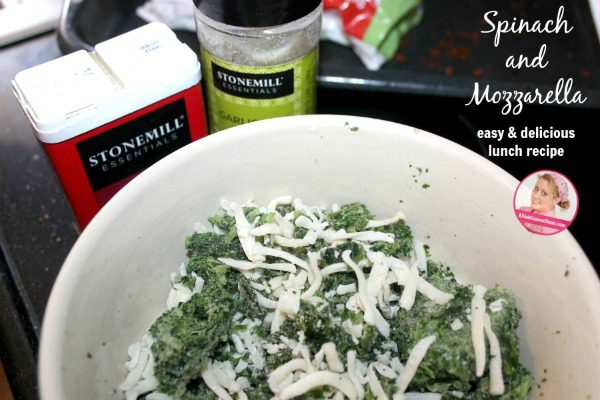 5 oz (half a bag) of frozen, chopped spinach (I like the bagged instead of boxed because I can whack it against the counter and just use how much I want)

1/3 cup (or so) of shredded mozzarella

Salt (if not using garlic salt)

A squirt of lemon juice

Dump together, with all ingredients to taste. Be careful with garlic salt as it will get really salty really quickly. Just use a tiny amount and then add more later if it needs it.

Put it in the microwave for 3 minutes. Stir. Put it in another minute.

Eat it with tortilla chips or a fork.

Without chips, it’s 3 smartpoints on WeightWatchers.

It’s not creamy like the versions with sour cream or cream cheese, but it’s juicy from the moisture in the spinach.

Y’all, I love this stuff! 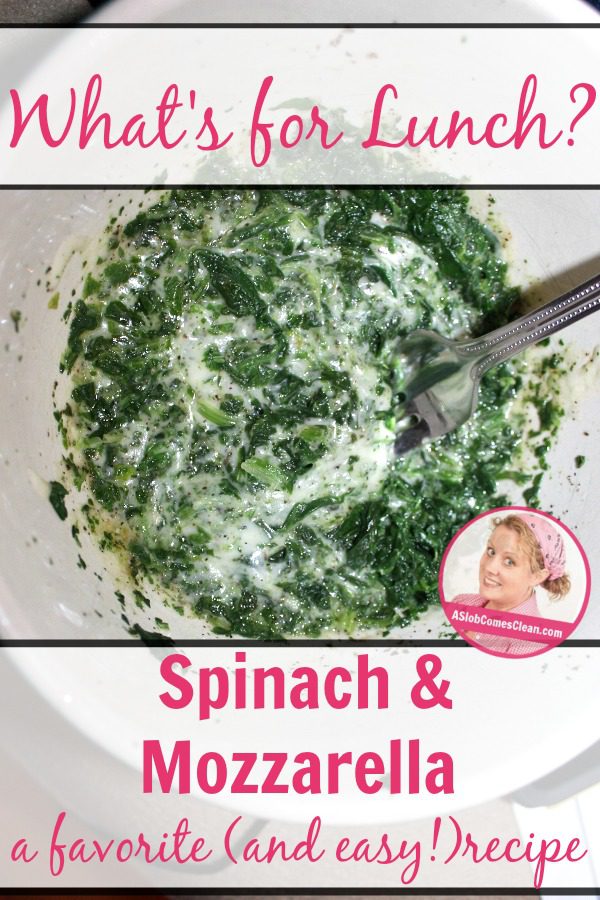