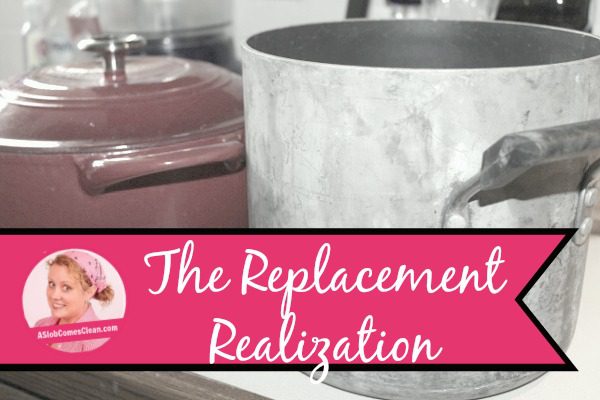 Re-decluttering is a thing. You know that, right? I didn’t know for a very long time.

Back when I thought decluttering was once-and-for-all, I stressed over doing it perfectly. I didn’t want to make a mistake. Decluttering decisions weighed heavily on me, and that stress made me put off decluttering way longer than I should have.

But once I realized decluttering is something I’ll have to do again next year and the year after that and keep doing for the rest of my life, I chilled out a little. 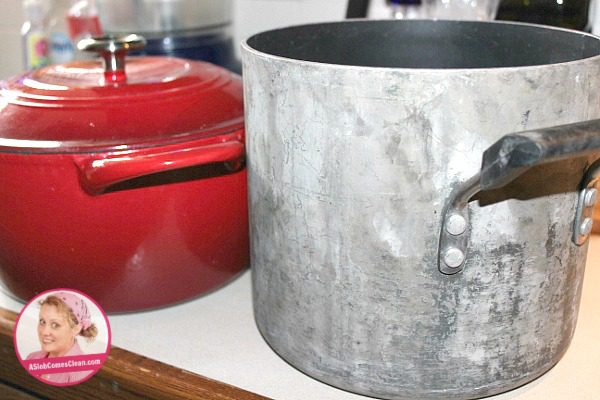 Last year, I decluttered a pot I hadn’t used in more than ten years to make room for a new, significantly more useful pot I got from my mother for Christmas. I was following my game-changing-other-people-are-born-knowing-it-but-somehow-I-wasn’t Replace, Don’t Add Rule. Following that rule was good. Getting rid of the never-used pot made room for the new one.

But then, a few weeks ago, I realized I was using that pot a LOT. For more than just roasts. I was using it for soups and stews and noodles. That pretty red pot was becoming my Go To Big Pot.

And I wasn’t using my Old Go To Big Pot anymore. Even though it was a wedding gift (sixteen-and-a-half years ago). Even though I used to love that Big Pot.

And yet I was storing it. Moving it, shifting it, thinking unkind thoughts about it as I shoved and pushed and rolled my eyes at my too full cabinet.

“Ummmm, duh” is pretty much all I need to say. I lived with one Big Pot for fifteen-and-a-half years. I replaced it, even though I didn’t realize I was replacing it.

And once I realized what I’d already done, Old Big Pot needed to go to a new home.

And my cabinets are easier to manage.

I’m choosing to celebrate the realization that I finally had instead of lamenting the months I unnecessarily grunted in irritation at my kitchen cabinet.

These things take a while for me.

Wondering why the Old Pot is so oxidized and unpretty? It might be due to the fact that even though I would NEVER (like never, ever) recommend you put your nice pots and pans in the dishwasher, I totally do. I decided a while back that I didn’t care about the lack of prettiness when my daily dishwashing routine meant I had enough space in my dishwasher for the big stuff I used to handwash. Seriously, don’t do it. Or if you do it, don’t blame me for a lack of prettiness or whatever other horrible things might happen. Unfortunately, I don’t put the pretty red pot in the dishwasher, but it’s very easy to clean using this (affiliate link alert) dishwand. P.S. I think that dishwand is probably cheaper at the store, but if you click through to see which one I mean, maybe you’ll remember you’ve been meaning to buy a new mattress and then I’ll get the teeny-tiny affiliate commission for that! 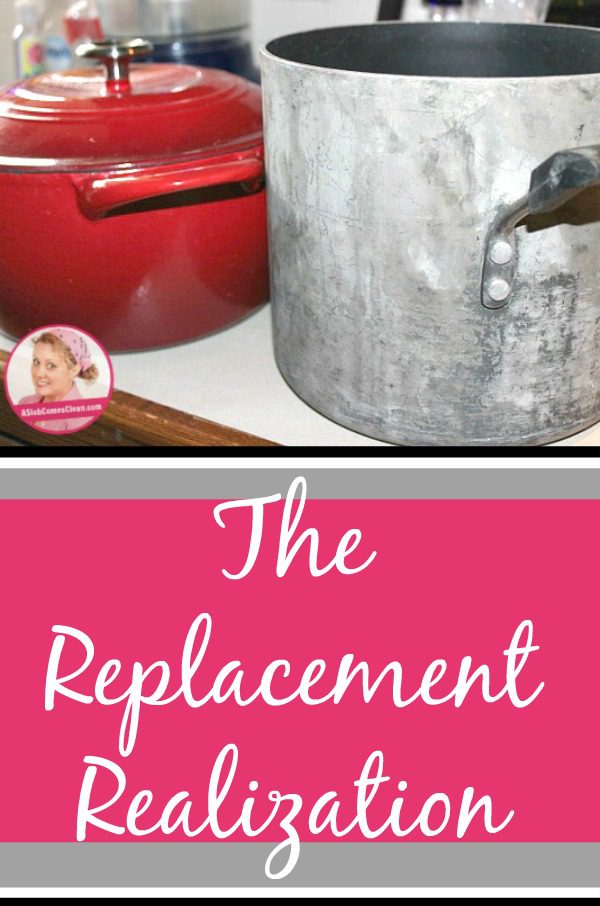