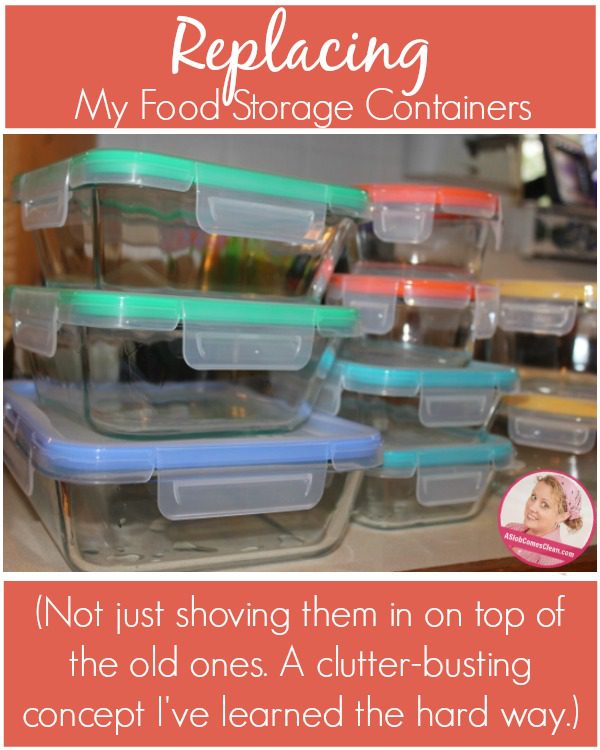 I recently put the One In One Out Rule into action.

A year or so ago, my mom gave us a small set of glass storage containers. I’m in love with those things.

A while back, Costco put a similar set on sale with their monthly coupons. I was excited to get it, but by the time I got to my closest store, they were all gone. The same set (an affiliate link)

was more expensive on Amazon, so I waited.

This month, the deal was back!

At least there’s a difference for me.

Once upon a time, when we were dating, he cooked for me. He sent me home with leftovers packed in an orange “sunburst” Tupperware container. I thought I was demonstrating awesome Future Wife Material Characteristics when I returned a NEW, cooler Tupperware container of the same size. (I was a Tupperware Lady at the time. Really.)

He was thankful, but he wanted the orange one back, too.

I was irritated, which is kind of funny considering my own issues caused by a lack of understanding of the one-in-one-out concept and all the problems that would cause in our future home.

But now we’ve both learned that we can’t just get new stuff. We have to replace old stuff with new stuff.

Otherwise, we end up with too much stuff.

Replacement is how it works in non-slob homes.

When you “get” and don’t “replace” . . . storage container cabinets become avalanche cabinets.

Here’s how it went: 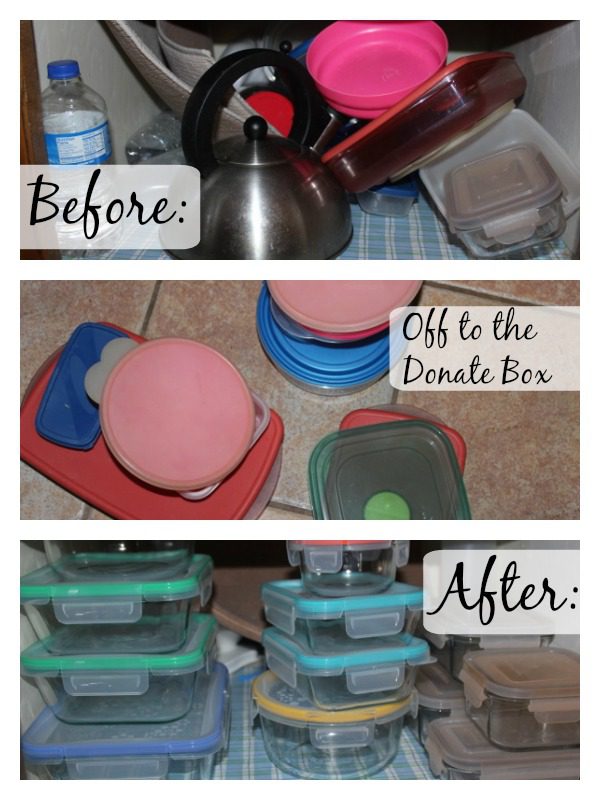 Right. It was a disaster of randomness before.

Yes. There are things (that I know are there) shoved in the back of that after picture.

Mmm-hmmm. There are half-drunk water bottles in the before photo. (Post about that coming right up.)

You betcha. I do store containers with the lids on. Here’s why.

This “project” took all of about five minutes. Five fun minutes because I was admiring my new stuff. It was EASIER to put them away because I pulled out the old stuff first. I didn’t have to find a place to shove them.

THIS GIVEAWAY IS OVER.