It was the next Saturday. I had another small pocket of unclaimed time, and I decided to try my Two Things strategy again. 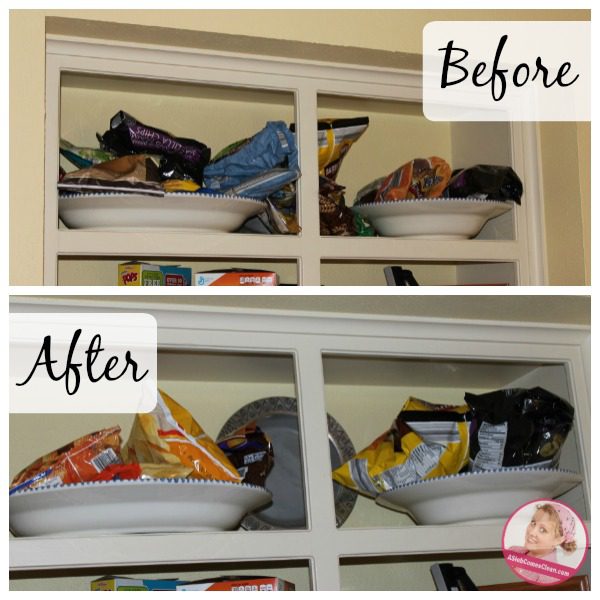 It has been the subject of oh-so-many previous decluttering posts.

I called that one thing. One super quick thing.

Then I moved on to the pantry: 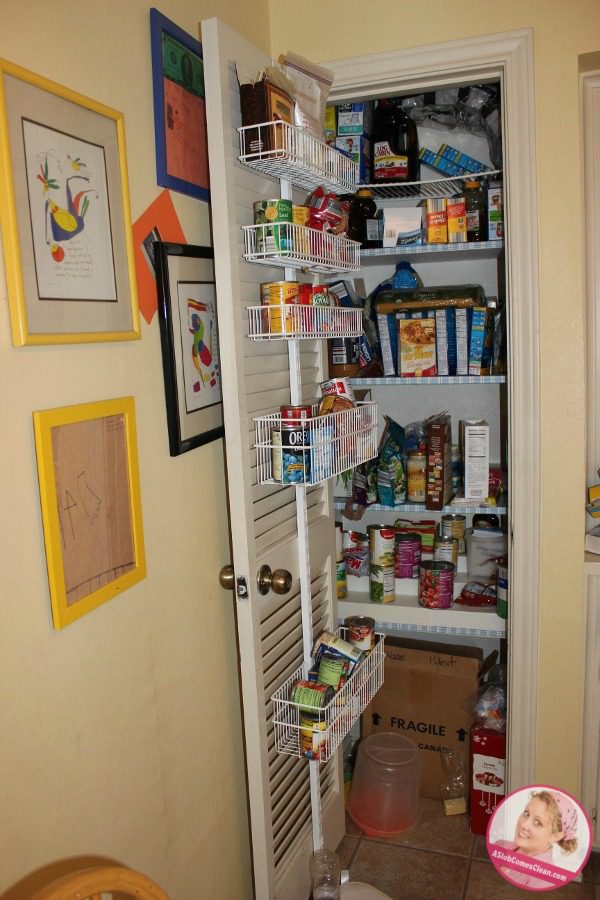 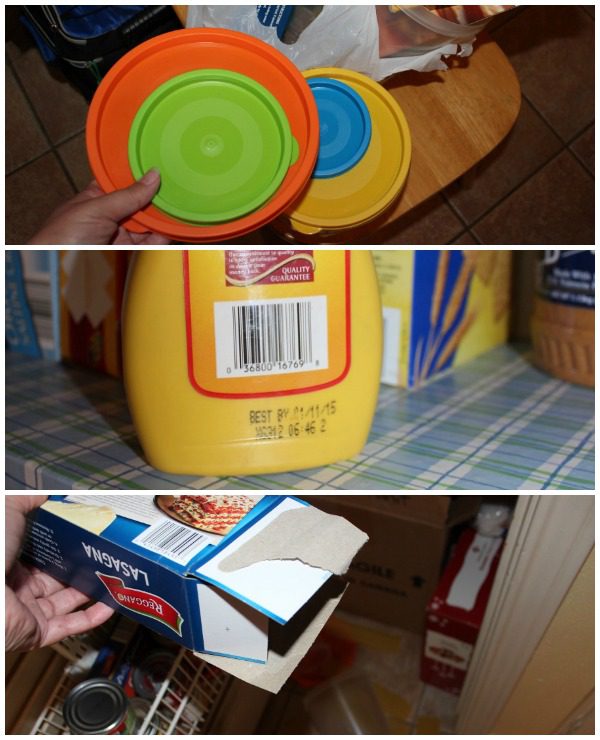 Lids for containers that had broken long ago. Expired “extra” mustard brought home because it was free with some other purchase. We don’t eat enough mustard to need extra.

And, an empty lasagna noodle box. Empty because it was open ON THE BOTTOM and the noodles fell out onto the floor. Whatever. It’s gone.

And . . . not included in the collage (but seen at the very top of the before picture), seaweed. Note to self: Even if seaweed seems like something Hubby would like, buy it in a small quantity the first time. Don’t get it from Costco.

Trash removal, things going to other places in the kitchen where I’d look for them first, and a little consolidating/rearranging, and this was the result: 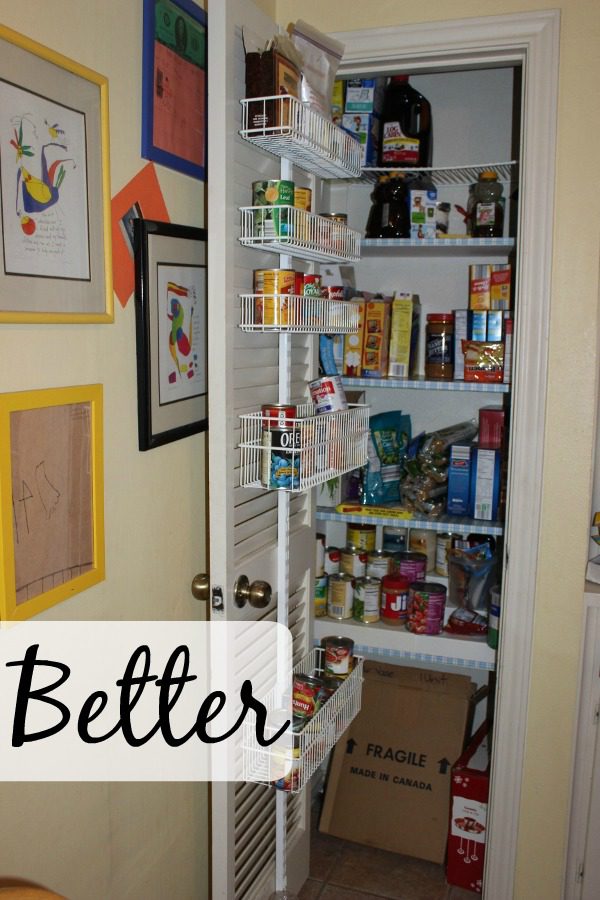 And that was my two things. I had cleared out the mostly-empty chip bags and purged the pantry.

But then, I decided to keep going. It was hard to ignore the space next to and below the two spaces I’d just tackled. 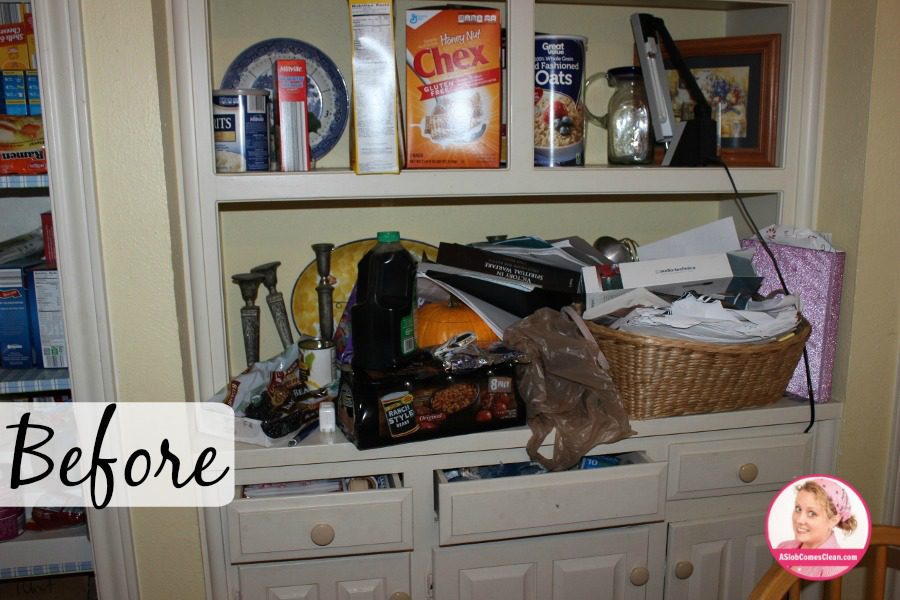 After straightening, consolidating and moving things to their real homes less than two feet away (this flat surface is WAY too convenient), it looked like this: 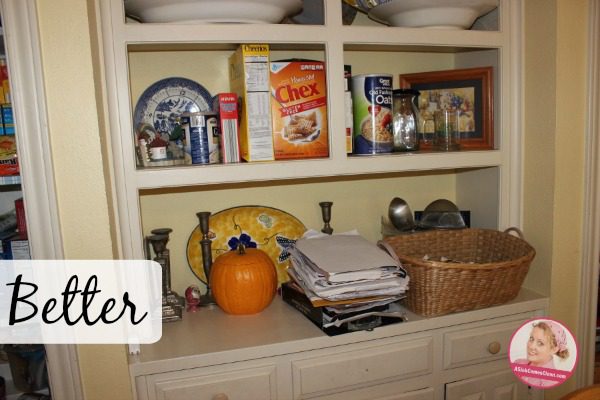 Far from perfect. Still with a ceramic pumpkin. But oh so much better.

So there you go. My two things turned into three things even though they were really probably only one thing.

Whatever. I made progress. Go me!!!