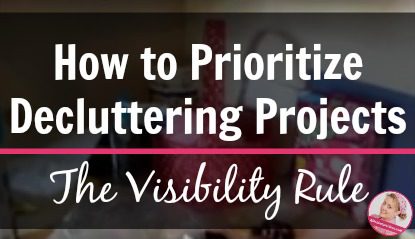 We all know I have issues, right?

Yesterday, I expressed frustration over the past crazy month and how my over-committing-motormouth caused life to get crazy which naturally means the house gets scary.

Whenever the house starts spiraling out of control, my Slob Brain does this strange thing.  As the panicky HOW-did-this-happen-AGAIN feeling overtakes me, I feel a physical need to declutter. It’s like an itch in a weird place that you just have to scratch, but can’t right then.  Y’know, because it’s in a weird place.

It almost sounds like I’m some kind of a neat-freak, right?  Don’t worry.  Here’s where the Slob Brain Irrationality kicks in.  I naturally believe that the only way to cure this Declutter Fever is to tackle something big.

Or re-arranging the office.

Or finally organizing the cabinet that I haven’t opened in over a year.

Or some other such project that will take hours upon hours to complete (or not-actually-complete), and that no guest in my home would even notice.  Since their mind will be consumed with how they’re going to find a place to sit that isn’t covered with unfolded laundry or Barbie shoes . . . .

One of the main things that I’ve learned through this deslobification process is how to prioritize decluttering projects.  The way my brain naturally wants to prioritize, isn’t the best way.

Instead, I prioritize by visibility.  Since I can’t depend on my Slob Vision for this, I ask myself – what do people see?  (Assuming I let them in the front door.)

Turns out, the first thing that people see is also usually the easy stuff.  And that’s one of my rules anyway.

Last week, in an attempt to catch up from a crazy week, I tackled one of the parts of my kitchen counter that tends to get ignored.  When I’m barely hanging on by just keeping the kitchen cleaned, I stop to the right of the stove and that section stays a jumbled mess.

It took me a very few minutes to:

And guess what?  That itch?  This small but visible project totally scratched it. It won’t be gone until I can catch up on the Whole House Recovery, but the panicky feeling subsided.

If you’re reading through email, click on over and see the webisode!

Be sure to check out my decluttering page for things I’ve learned about how to declutter! 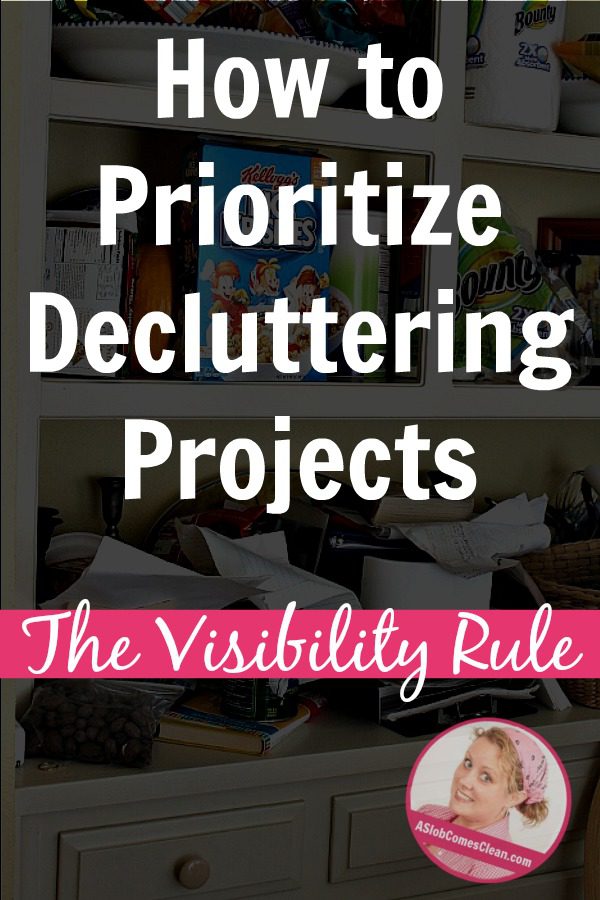