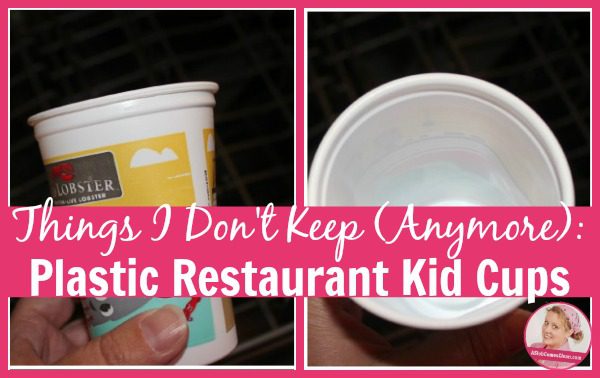 I’m pretty sure I made this decision a while back.

The one about how I wasn’t going to keep plastic restaurant cups anymore.

Maybe we haven’t had enough practice since we so rarely go to sit-down restaurants these days. When my daughter asked if she should keep her cup after Daddy’s birthday celebration a few weeks ago, I automatically said, “Yes.”

Yes. Because it’s a cup. A FREE cup. Who in her right mind wouldn’t want a FREE cup???

Pre-blog, I never considered NOT bringing these cups home.

But after I ran it through the dishwasher, I noticed “they” (whoever they are) don’t make these kiddie cups like they did when my boys were little. (Wow. How old does that last sentence make me sound??) After one top-rack dishwashing, the cup was warped and wonky. Once I noticed the wonkiness, I also noticed that the material is pretty flimsy.

Like, they’re not actually meant to be collected into a full set!?!?

This realization shook me into reality where I realized that even if it wasn’t a flimsy, they-just-don’t-make-things-like-they-used-to cup, I shouldn’t have kept it. I don’t have room in my cabinet for it, and I most definitely wouldn’t replace a grown-up glass with a plastic restaurant cup.

Though I doubt it will ever be as automatic as the “yes” was. 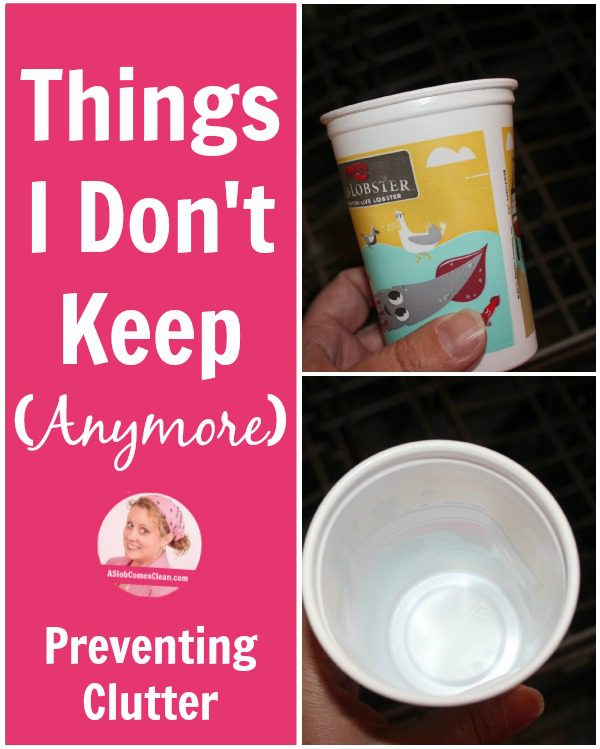