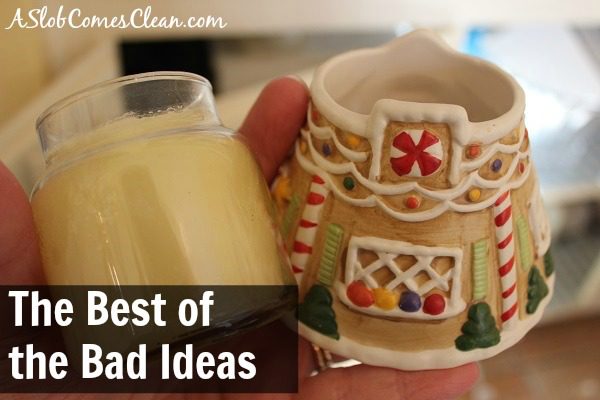 When I decluttered/created-space-in that cabinet in my kitchen recently, I found that candle.

So cute, right? Actually, if I said words like “presh” I would totally call that presh. (Presh is short for precious. I think.)

I have a soft spot for Christmas decor, for gingerbread houses and for candles that smell like food. And that candle smells like sugar cookies, which are pretty much the best of Christmas AND food.

I was surprised to find a Christmas item in that cabinet since I would never have looked there for anything Christmas-ey. So obviously, it didn’t pass the first decluttering question test for staying in that spot.

As long as the stuff doesn’t include candles.

Because I live in Texas.

Texas attics and Christmas candles (or any candles of any sort) don’t mix. I know because I’ve tried. I have several lovely-smelling waxy boxes which once held candles that magically disappeared between Christmases.

And I wish I had a pre-blog picture of a certain anthropomorphic Christmas tree candle whose smiling face was hilariously disfigured when we pulled him out one year.

I tried and tried to think of where to put this candle. (Ignoring both the first and second decluttering questions, obviously.) And finally I came up with a place. 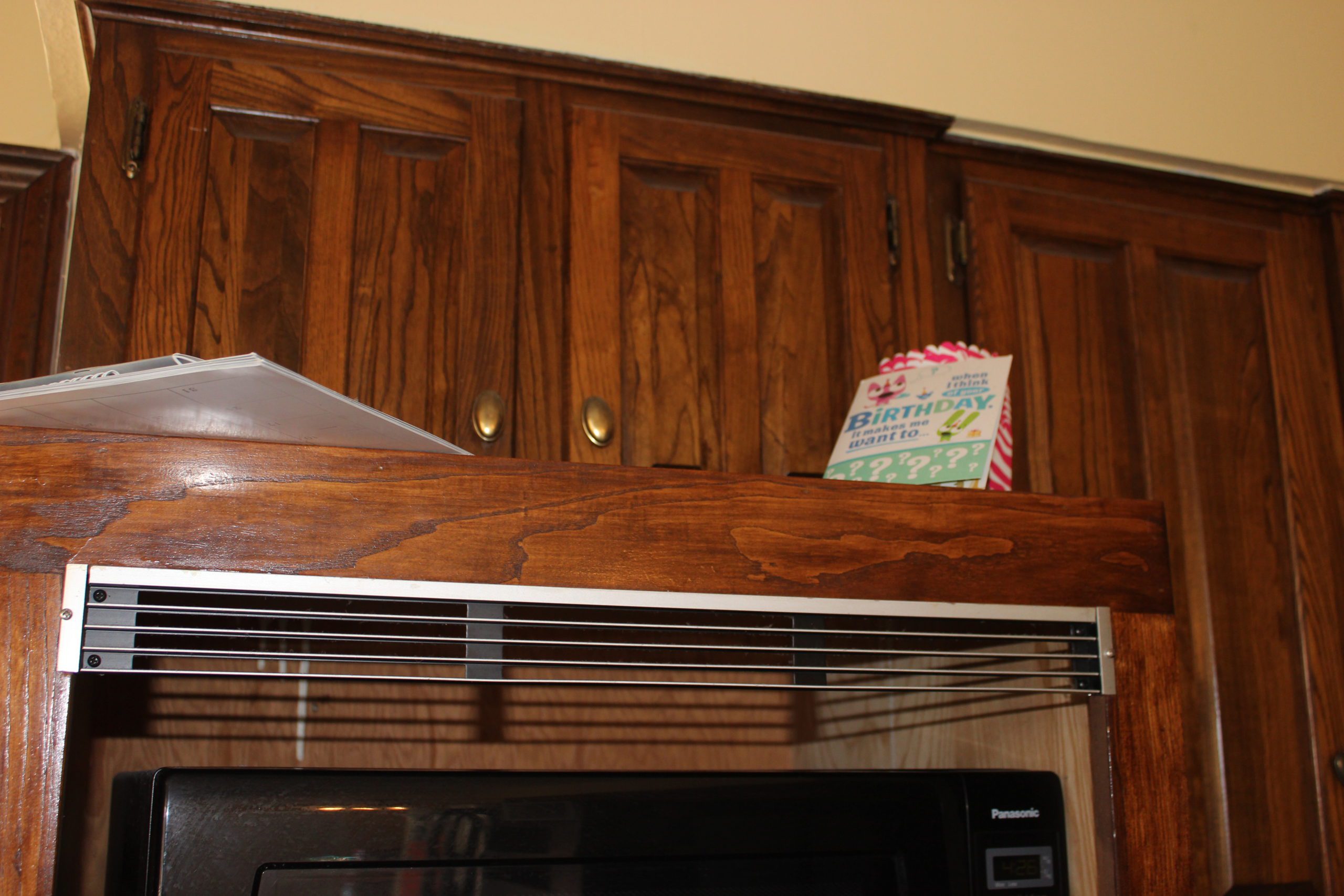 It’s hard to get to, so “perfect” for off-season items. In fact, as I climbed upon a stool, I wondered what in the world I had stored in there already. 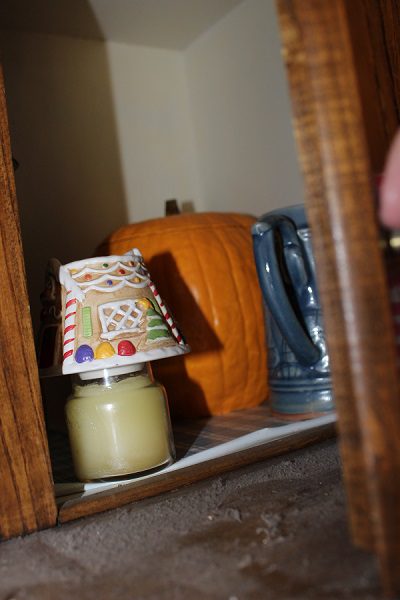 Just past the (amazingly) thick layer of dust . . . was that pumpkin cookie jar I’d wondered about for the past few autumns.

But even with proof that this was probably a bad idea, I stuck the presh little candle in the cabinet and shut the door.

It’ll be such a nice surprise if we ever move.