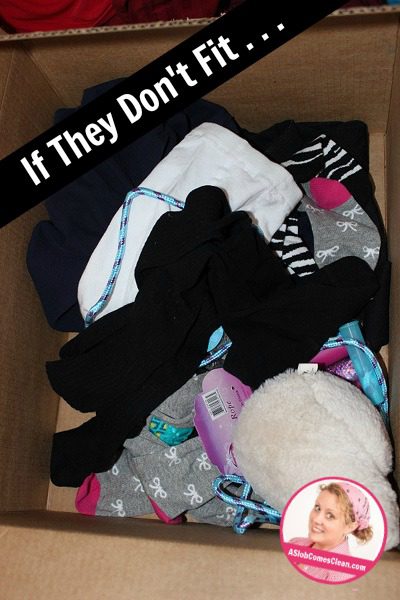 Can you see them in that Donate Box?

I was rather proud of myself as I grabbed those while Christmas shopping. So cute! AND practical!!

But alas, though the packaging was ripped and tossed immediately, a certain someone claims they don’t fit.

I kindof sortof believe her. Though if it were someone who didn’t have such an aversion to tightness, the verdict might be different.

They are called tights, after all.

But even though I could decide to fight this battle for warmth and cuteness, I’m choosing not to. As someone who had to mature out of my own aversion to tightness, I do understand. And I’m choosing to send these never-worn items off to someone who will love them.

Whom? Oh, I don’t care one little bit about that. 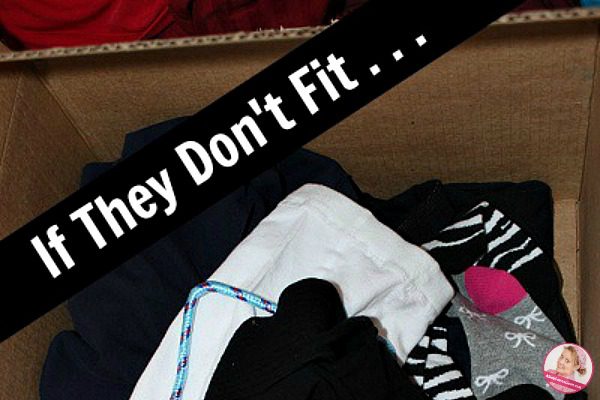