The sheer volume and height of clutter in my master bedroom was daunting.

But I’ve learned during this deslobification process to not trust my perceptions of clutter. 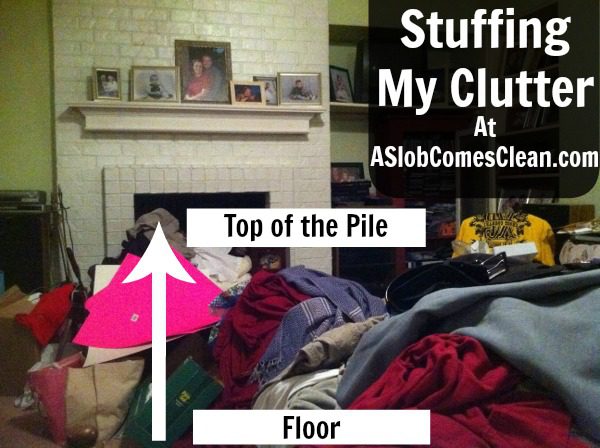 There was a certain basketfull of clothing that had been perplexing me. It was behind other clutter, but I could see enough to know it was clean clothes. I assumed it was winter clothing that somehow lost its way during a Seasonal Clothing Switchover.

I assumed enough to keep me from trying to tackle it.

But I did wonder how on earth it could be such a BIG pile.

Once I finally tackled it in the wee hours of Tuesday, I realized . . . it wasn’t a huge pile.

Underneath a layer of four or five pieces of clothing were these: 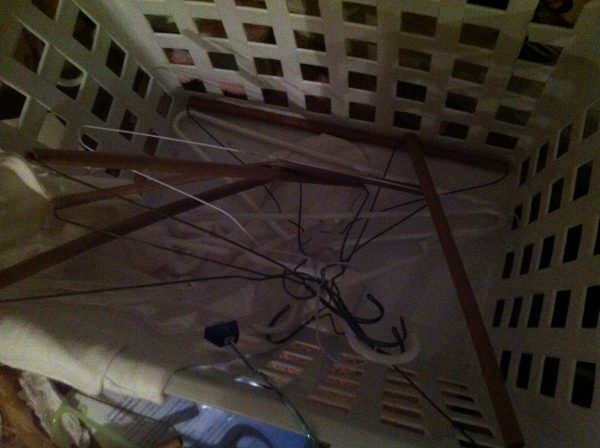 They were stuffing my clutter pile.

Just like Shirley stuffed her bra when she and Laverne had to work at the ten-cents-a-dance place when they were laid off from Shotz for three weeks.

As we head into the weekend, let me remind you of a few things (and throw in some affiliate links):

so sorry. giveaway is not over.

My first, second and third podcasts are up, and are now in iTunes (for free!) so you can subscribe and not miss one!

Did you attend the live hangout about gaining traction in your home?

Read Newer Post The Stinky Bologna Sandwich that Could Have Been a Sitcom Plot
Read Older Post 003 – How Much Stuff Can You Handle? – Podcast