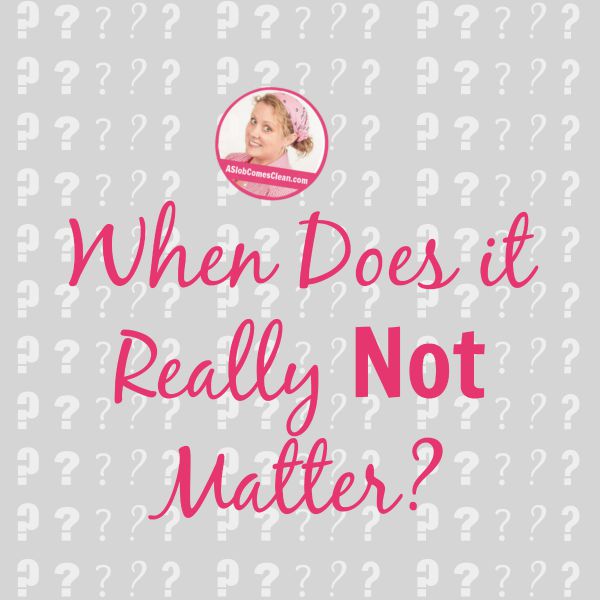 Three weeks ago, we decided to start our summer break for our weekly church home group meetings.

It was a logical decision. People get busy as the school year winds down.

I said something about baseball season and Mother’s Day and such, but inside I was thinking about one wonderful thing.

I wouldn’t have to clean!!!

(Other than the times when I couldn’t avoid it.)

I’ve kept up with Laundry Day (mostly) and the dishwasher keeps on running every night, but the house is showing the effects of my attitude.

Blech.  So now I feel guilty.  Because if I’m honest, my totally-rational reason for not cleaning isn’t that I’m busy (even though I am), but that . . . . it doesn’t really matter.

It doesn’t matter if my house is clean because as far as I know, no one will be ringing my doorbell any time soon.

Meanwhile, we’re starting to trip over things. And lose things.

“We” being the people who live here, who do see the house every single day.

“We” being my kids who wouldn’t be able to invite a friend over at a moment’s notice right now.

I’ve come a long way, but it’s so hard to break myself of the “Woo-hoo! No one’s going to see the house so let me get consumed with doing something that’s NOT cleaning!”