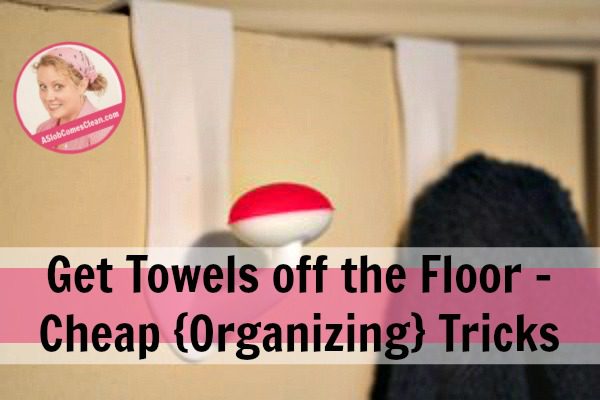 I’ve been thinking about starting a new series this year called:

So here goes.  This first one isn’t so much a trick, as a duh.

My definition of “duh” is: Something that is so quick or easy that it makes me wonder why I didn’t do it sooner. 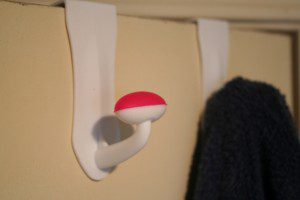 I will attribute this idea to Normal Friend.  She claims that she gets the majority of her organizing stuff at the Dollar Tree.  When she saw that I “might” have Towel Placement Issues, she said that I could get Towel Hanging Doo-lollies there.

Honestly, I was only half listening because the other half of me was thinking of excuses for why whatever she was talking about wouldn’t work.

Here’s the thing.  I used to love to shop for organizing stuff.  Partly because I just loved stuff. Mostly, though, because I thought/hoped that I would someday find the perfect thing that would solve all my slob problems.  Because this delusion only caused me to end up with more stuff that I couldn’t keep organized, I’ve kind of swung my pendulum to the other extreme.

Like, I assume that NO organizing stuff will ever work for me.  So why buy anything?

Even at Dollar Tree.

But, when I was in Dollar Tree letting my daughter buy a soon-t0-be-legless-not-a-Barbie, I saw what Normal Friend was talking about.  And I decided to waste two dollars.

Really, I assumed they would break.  As a chronic over-loader, I’ve never had much luck with hooks and such.

But . . . I was wrong.  I’m admitting it here for the entire world to read.  These things work.  They attach tightly to the top of the door (no hardware needed) and are plenty strong for one towel.  And they’re a dollar each. 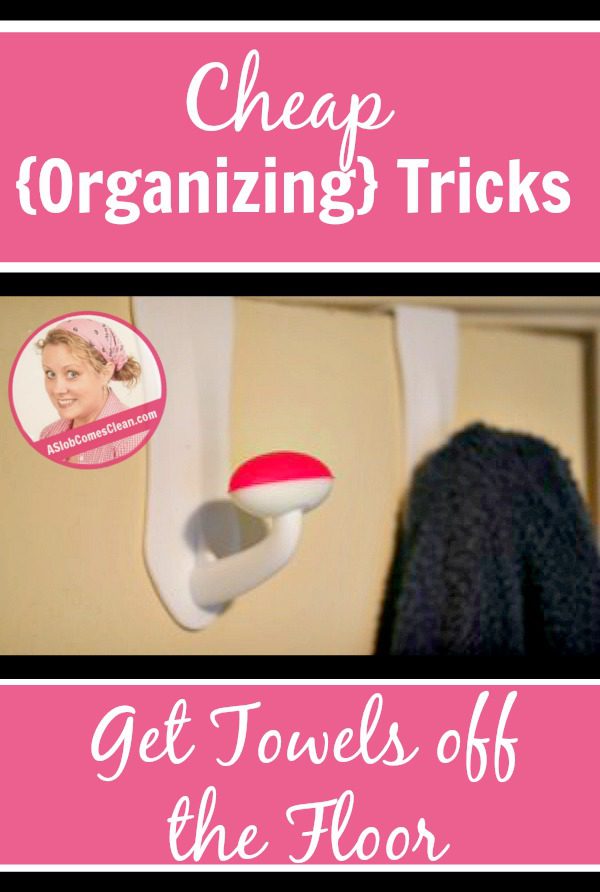