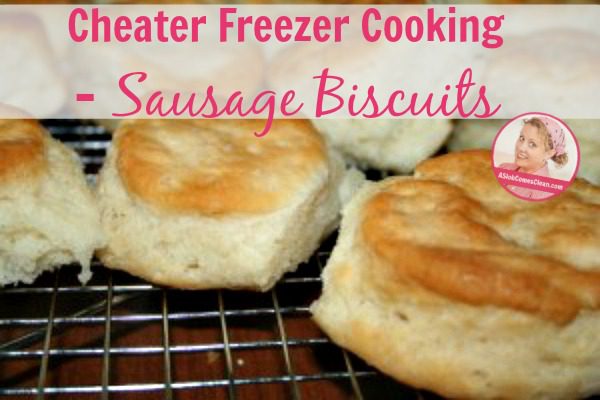 I think it’s what makes me successful as a theatre director.  Don’t tell me that the stage is too small or the kids are too young or the time is too short.  If we’re going to get up in front of people and perform, I want it done big.

It’s also why my webisodes are so time-consuming.  It’s just not in me to NOT spend hours editing.

But it can also be a downfall.

When, at the end of the summer, I announced to my kids that we were going to do a day of freezer cooking like we did last year (during which we had SO much FUN!), I was rather deflated that the only response was a bunch of groans.

I had to make a choice.  Stick with my original lofty plans, or just do something.  I didn’t really decide until we were at the store.  Going down the baking aisle to get the ingredients for blueberry pancakes, the Blueberry Pancake Flipping Child saw the muffin mixes and begged to make Blueberry Muffins instead.

Then, while dragging the Bacon, Egg and Cheese Breakfast Pocket Helpers down their aisle, one started recalling (two month ago) childhood memories of the sausage biscuits Daddy bought for their fishing trip.

Which, of course, sent the other into deep, personally-offended melancholy because while she had heard the Sausage Biscuit Reviews, no one had saved one for her.

So, I decided to kill a whole slew of proverbial birds with a single stone and declared that we would not make the time-consuming-fairly-complicated-but-totally-worth-it breakfast pockets, but instead make crazy-easy Sausage Biscuits.

Their loud cheers in the freezer section confirmed that I had made a good decision.

We purchased two pounds of breakfast sausage and two 12 count packages of frozen store-brand biscuits.  Total cost was about ten dollars.   An hour of easy work later, we had 24 hearty breakfasts ready to go in the freezer.

I get held back by thinking that something is too simple. Why spend an hour doing something so easy when I could just make an individual Sausage Biscuit on any given morning?

Because I won’t make an individual Sausage Biscuit on any given morning.

And really, what is better?  Visions of home-made from-scratch biscuits with freshly sizzled sausage . . . or something they can actually eat?

This was an easy kid-friendly kitchen project, but was even easier and quicker when I did it by myself last Friday.

I put the 24 frozen biscuits, with sides touching, on one cookie sheet. 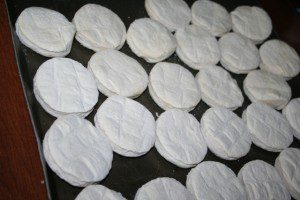 While those were in the oven, I cut the sausage into twenty-four pieces.  It was easy because there are cutting lines marked on the package!

Here’s a tip that doesn’t seem like a tip.  Except that I had to teach it to my husband.  On things like this, where you want the item you’re cutting to hold its shape, use a serrated knife. 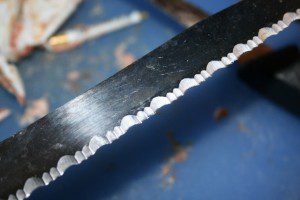 It’s like a saw, and you use it like a saw.  Don’t press down, but draw it back and forth until you’ve cut through.  This is also how you cut a loaf of bread without smushing it.

I cooked all of the sausage patties at the same time in two large skillets. 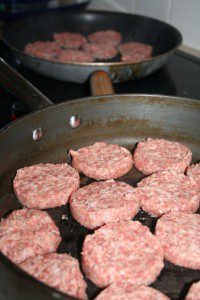 Once the biscuits were done, I moved them onto cooling racks (on my cleared-off-so-now-it’s-usable dining room table).  Last time, I let them cool on the cookie sheet and they didn’t come off well. 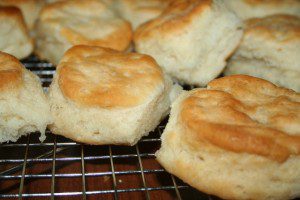 Then, I split each biscuit, put the sausage inside, and wrapped them in foil for the freezer.  To eat, we take them out of the foil and microwave for 30 seconds at 30% power.  In our microwave, they turn out perfectly!

Oh.  And another mental block that held me back was the fact that I was sure that buying freezer biscuits and not-on-sale sausage was most likely not going to save us any money compared to buying pre-made breakfast sandwiches.  Not that I would have bought the pre-made ones.

I was wrong.  Since making these, I’ve priced the breakfast sandwiches in the freezer section at several different stores.  Even on sale or at Costco, they run about 1.00 per sandwich.  So, 24 for 10 dollars (and much yummier biscuits) is worth an hour of my time.

And now for our menu plan.  Obviously, we’ll be having sausage biscuits for breakfasts.

I’ll be linking this up to Menu Plan Monday over at Orgjunkie.com. 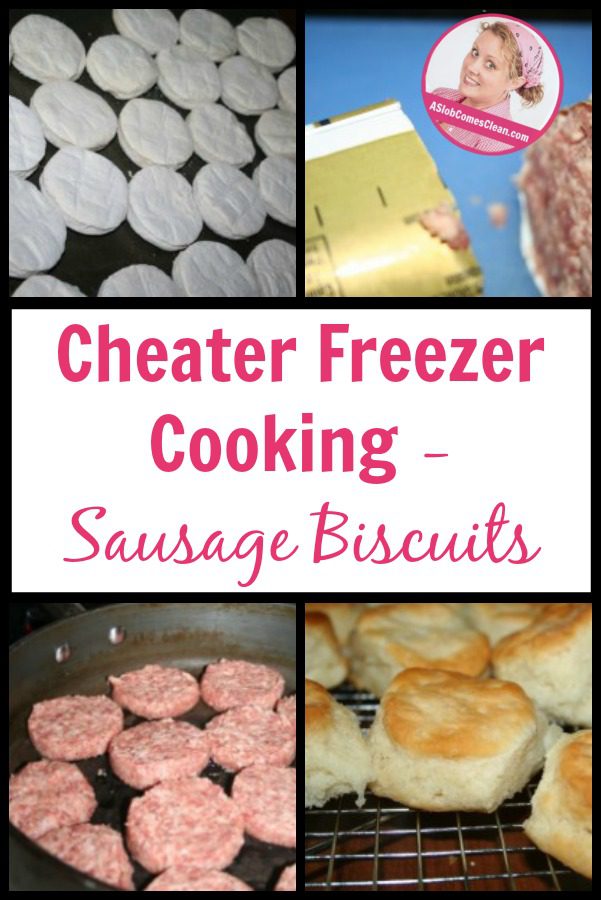