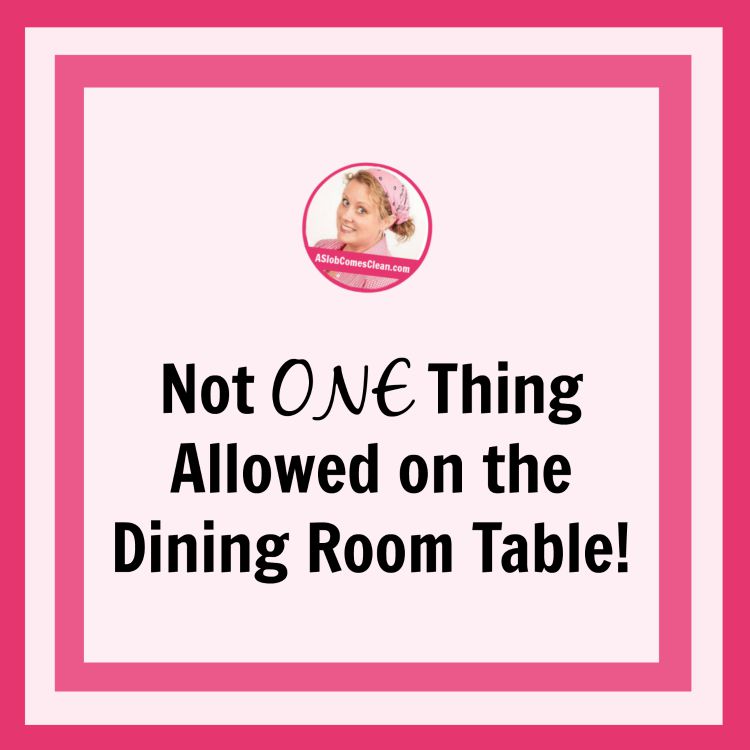 Thankfully, the room as a whole has never gotten as bad as it was pre-blog, but it makes me crazy that the table collects clutter the way it does.

Anyway, as I re-decluttered in my latest webisode, I realized that I need to make two personal rules:

That table is just such an easy target because of its right-inside-the-front-door location and the fact that we don’t eat on it daily.  But because of those same two reasons, it also needs to be viewed for its potential to beautify my home overall.

Here’s where my practical side rares up.  It feels rational to say, “Furniture pieces should be used!”

But this rational-sounding-excuse-for-me-to-put-things-on-it gets me in trouble and ends up defeating itself.  In order for the table to be used, it has to be usable.  It’s not usable if it’s being used as a dumping ground.

And yes, it happened.  I got caught up in vlogging and completely forgot to take pictures.  Which means that if you’re a visual person you just need to watch the webisode, which contains the before and after shots.

I’ll be linking this up to 52 Weeks of Organizing at Orgjunkie.com.