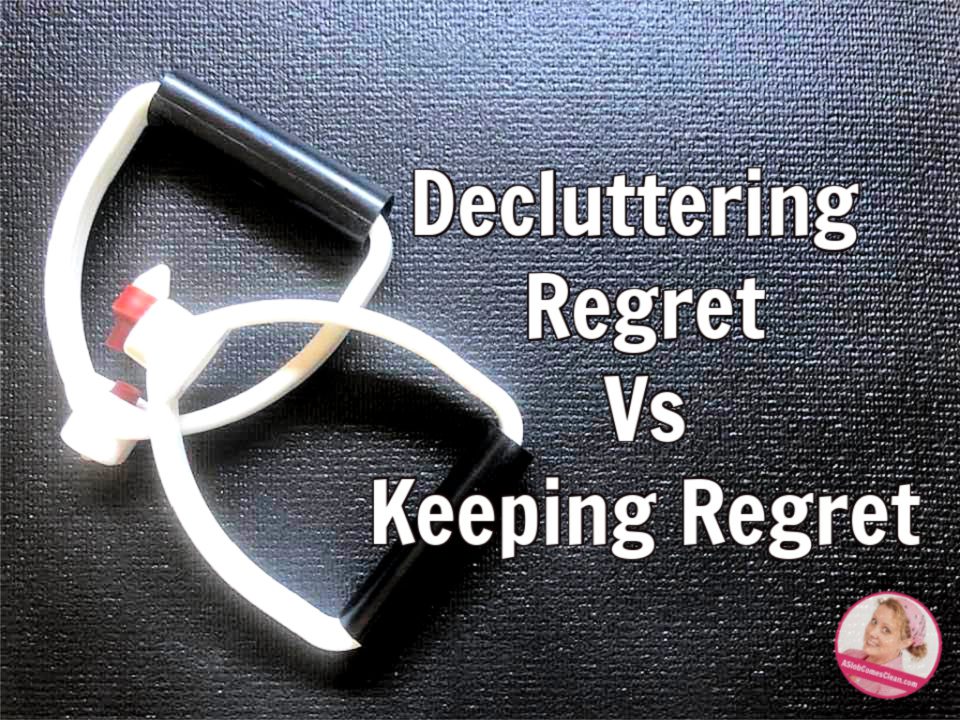 I was so excited to run to my latest Donate Box and start digging.

We’d recently received news that gyms were closed. While I’m an on-again-off-again gym user who wasn’t the least bit devastated, there are members of my family who were very discouraged.

So when “exercise bands” were casually mentioned in the conversation about what we wish we had for working out at home, my face lit up.

I had recently decluttered an exercise band. A cool one with handles and everything. So recently that the Donate Box was still sitting in my master bedroom.

I dug, I found it, I ran back to the kitchen with the band held high, and I sang a dramatic Ta-Da!!!

There was (sadly) no audible applause, but I saw vague expressions of appreciation on my family members’ faces.

I had saved the day. I was the Exercise Band Hero.

I mean, can you even imagine if we didn’t have that exercise band sitting right there in that box? How in the world would we have made it through this crisis? This actual, literal, I’m-not-just-being-overdramatic-this-time crisis??

I lived a few days with the glow of being the Exercise Band Hero of our home. I’d walk past that Donate Box and remember the joy of digging and finding and presenting my treasure.

And then I walked through the garage and happened to notice this: 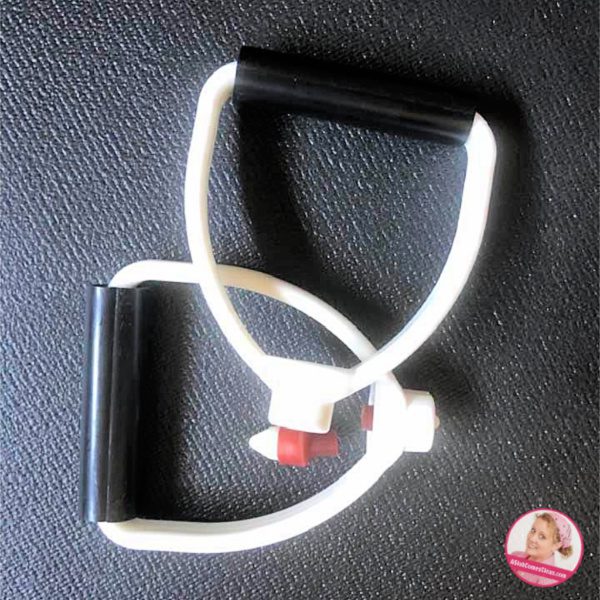 Completely separate from the actual band.

My husband was there, using the dumbbells he’d ordered and driven 45 minutes to pick up in a contact free zone.

I said, “What happened?”

He said, “Yeah, the handle broke. Actually, both handles broke. On the first rep.”

My Exercise Equipment Provider Hero Glow, that is.

My Decluttering Adviser for the Internet Glow flared, though. And I knew I needed to write.

Because here’s the thing. Along with my Hero Glow, I’d been experiencing Decluttering Unease.

It wasn’t just the exercise bands. It was the overall feeling that maybe I shouldn’t have gotten rid of “stuff” over the past ten years of my deslobification process.

It was a nagging feeling that this current situation was going to reveal that I should have kept it. All of it. Just in case.

Because it felt like all of the worst case scenarios I’d fought so hard to rationalize away were happening.

I found myself feeling paralyzed at the thought of decluttering.

Should I really get rid of things right now? While I’m living in a time just like the “Well, I’d be glad I had that if we were desperate” times I’d imagined when I gathered it?

This struggle has always been an issue for me. It’s one of the reasons I had so much clutter and the reason why it was hard to get rid of clutter.

This struggle is why I had to develop non-emotional decluttering strategies that are based in realities instead of what ifs.

But the fact that the current reality is a What If Scenario come to life makes it hard.

So moments like these, with broken and useless treasures, are a gift.

Frustrating, but ultimately a gift.

There’s no better reality check to keep me decluttering.

I had that resistance band for years. I remember the garage sale where I bought it. That garage sale was in the town where we lived before we moved to this one.

When I was pregnant.

I’ve had that resistance band in my home(s) for more than fifteen years. I packed it up and moved it twice.

I have vague memories (vaguer than the memory of buying it) of using it twice. Maybe three times. At the most.

My clearest memory is of my own surprise at finding it when I was decluttering. Surprise, because I had no idea that I still had it.

I stuck it in the Donate Box because the answer to my second decluttering question (developed to help me avoid What If Rabbit Trails) was that if I did need exercise bands, I’d never have gone looking for this one because it would never occur to me that I had it.

I only looked for it in my Hero Moment because I had decluttered that space.

If I hadn’t decluttered that space, I wouldn’t have known it existed in my house.

We would have added “exercise bands” to the dumbbell order and picked them up on the same trip.

Meanwhile, my cluttered space would have stayed cluttered and remained frustrating and barely usable. Eventually, when I decluttered that space, I’d have felt irritation over having paid for resistance bands when I already had some cluttering up my house.

I’d have “wasted” money and “wasted” the space in my home.

If the Donate Box had already been gone, I would have remembered decluttering the resistance band, and felt irritated right then because I had to pay for something I had a few weeks ago. But for those few weeks and on into the future, my life is easier because of that decluttered, usable space.

Either way, we’d have survived without that exercise band.

The scenario that actually played out is the most frustrating of all.

I had one resistance band. For years. Sitting unused and making my life harder because I couldn’t use my space well.

I experienced a moment of triumph when I thought the band would save the day, but also a moment of intense frustration because the Day Saver turned out to be worthless. AFTER taking up space for fifteen years.

But because I thought it had saved the day, we didn’t order a resistance band when we ordered the dumbbells.

And now we can’t find any.

This frustrating situation is a great reminder to me to declutter. Declutter anyway. Declutter the things that don’t have a space or a purpose in my home in whatever moment when I’m decluttering.

I’m glad I’ve decluttered so much over the years because:

Our home is so much easier to live in now because it isn’t overstuffed. Since we’re ALL in it almost ALL of the time these days, that’s a huge relief.

We can move around without bumping into things.

A five minute pickup by the whole family can get things pretty much under control because we (mostly) only have what has an actual place in our home.

I am 1207% more aware (estimated percentage, but feels right) of what we have in our home and where it is, which helps me. Knowing what we have and don’t have and where to find it helps ease my anxiety.

I lived for years with the frustration of knowing we had whatever-it-was but having no idea where to even start looking for it. I think that frustration would be amplified significantly by the current situation.

Are you struggling to declutter right now? How have your previous decluttering efforts made the craziness of life a little easier?

Edit: Just before I published this post, my husband informed me that he had finally (affiliate link coming up) found bands in stock and ordered them. I asked if he could pretend he didn’t because I really like the “And now we can’t find any” line in the post I was about to publish. I don’t think he thought I was serious. So I left the line and am adding this edit later. 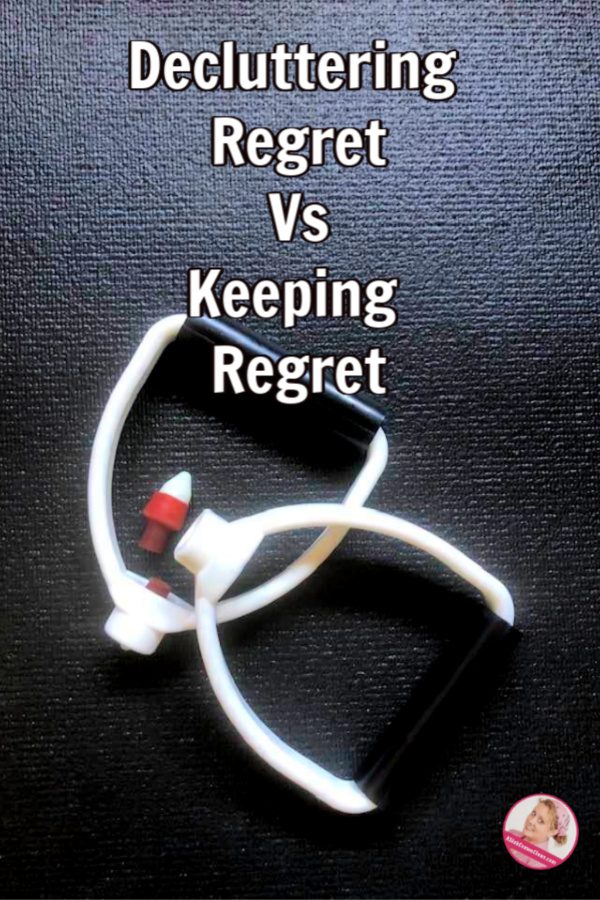