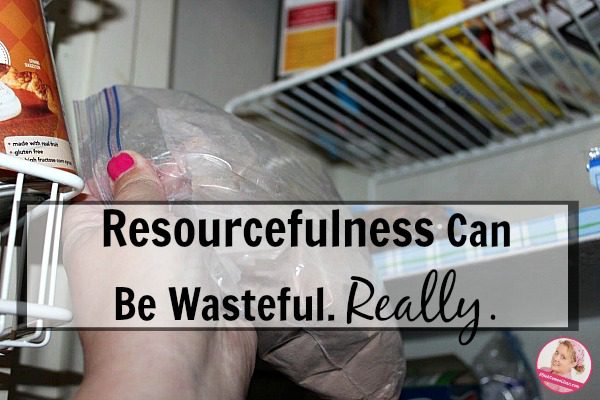 If I had to blame someone, I’d blame my mother.

But I’m not blaming her, because I truly have no idea if she did this or if I did it myself.

When I decluttered my  pantry, I noticed this oh-so-resourceful use of a green bean box. 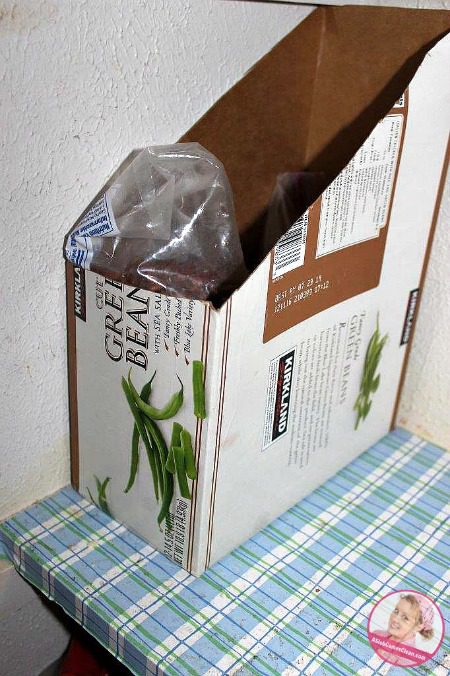 The size was right, so it probably WAS a good idea to use that box to sort and separate and organize.

Except I have one of those out-of-sight-out-of-any-possibility-of-consciousness kinds of minds.

Looking inside that totally opaque box was an adventure. I had absolutely zero idea what might be in there.

Beans in a blue and white package design that Walmart discontinued quite a while ago, I believe. (Beans I forgot to photograph, evidently.)

They’re beans, so they’re probably fine. I moved them to a place where I’m 78.4% more likely to notice they exist. So on the 3.82% chance I decide to make beans (from DRY beans) on a random day, I’ll notice them.

The other thing in the green bean box with dry bean contents? 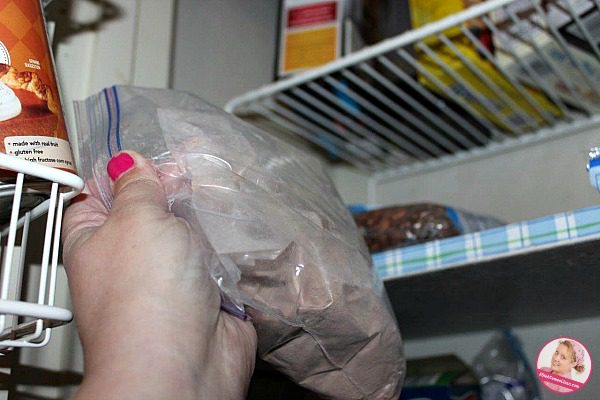 How would I know?

The only possible reason I can think of for this partially used and instructionless mix being in my pantry is that my daughter used cake mix (or Brownie mix) for her Easy Bake oven a while back.

I let go of that dream and threw away the mix I didn’t know existed.

Using that handy dandy box was resourceful. But in this case, that resourcefulness ended up making me waste perfectly good stuff.

What have you uncovered in your decluttering efforts lately? 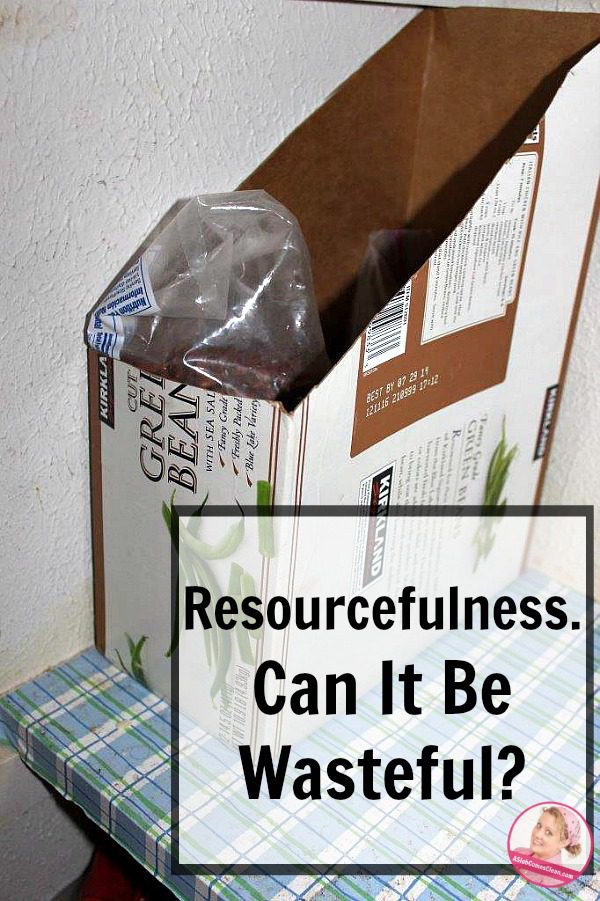 (That’s the bag o’ beans in sticking out of the box. Remember that design?)