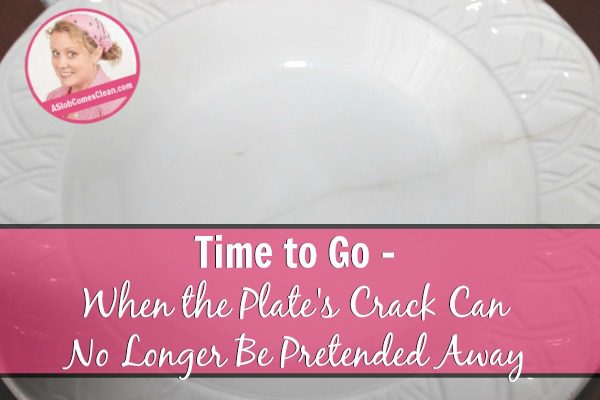 I rock at living in denial.

I loved these dishes I bought at Pier 1 in my first year of marriage. (Or maybe my mom gave them to me. It’s been almost 17 years, y’all.) In the year after I’d received every single piece of the other six sets of dishes I’d included in my bridal registry.

Whatever. I’m no longer in denial about my Dish Issues thankyouverymuch.

Anyway, while I’ve decluttered oh so many plates and bowls, I kept these because they’re white. And white goes with anything. And the little ol’ cracks that were appearing didn’t bother me much. I just told myself they weren’t noticeable.

But then, a biology professor friend said something about cracked plates harboring bacteria. She responded to my horrified look by telling me modern dishwashers probably make them fine. I latched on to that Denial Enabler and kept pretending my cracked dishes were fine.

I guess I had been waiting for someone else to make the call, because as soon as he said something I grabbed it and threw it in the trash. I said something like, “Yeah, I’ve been thinking that was getting bad enough to throw away.”

Yay for thinking it. Boo for not doing a thing about it. 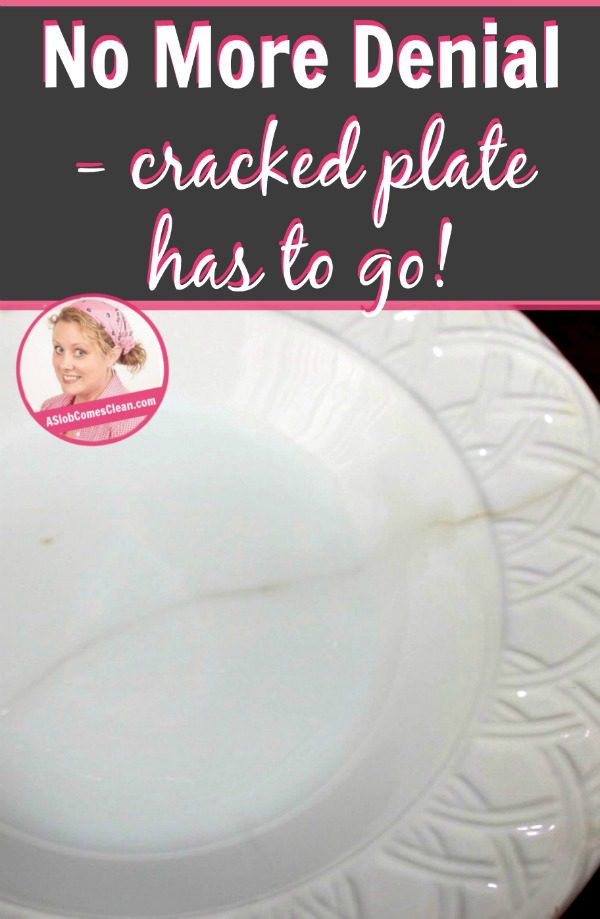