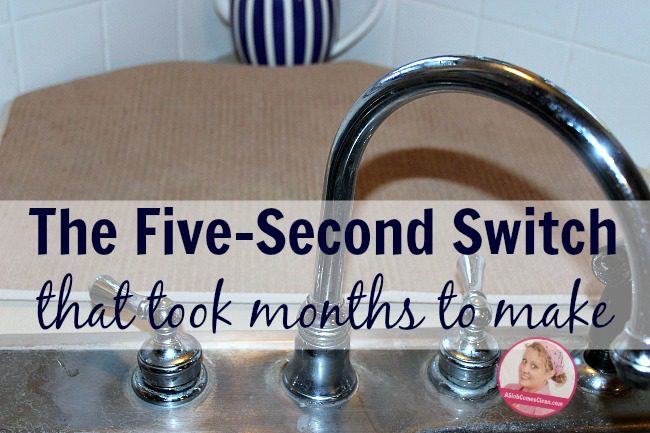 See this picture? I took it when I realized what I was doing. I was covering up something very embarrassing with that purple sponge. 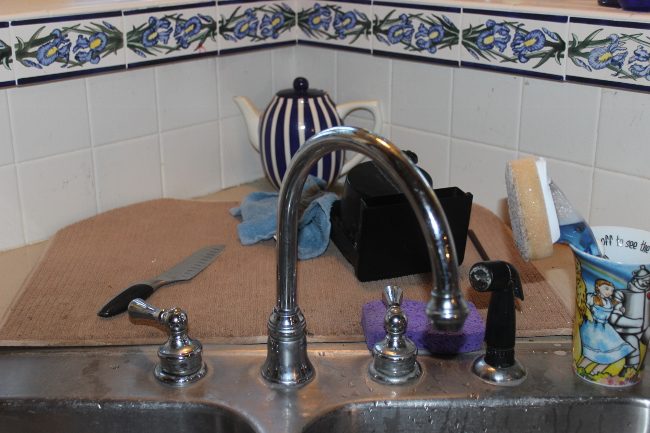 I was covering it up because other than this icky and awful spot, this area of my kitchen counter was making me happy. I’d finally put away the dishes that had been air-drying for months longer than they needed to.

Putting those eyesores away made this space look finished. Two little ol’ things on it? They don’t bother me one tiny bit. I automatically know why they’re there. 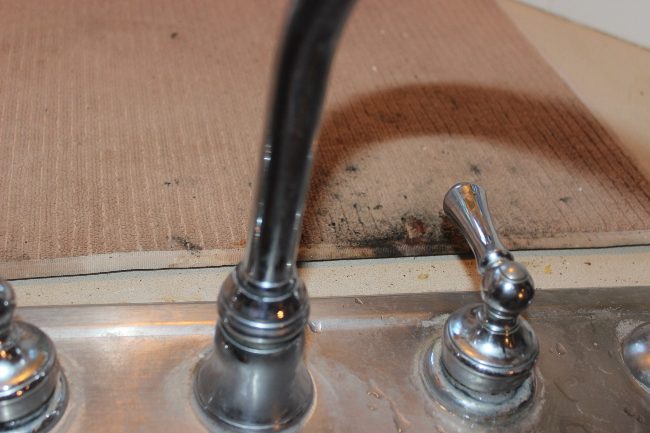 Anyway, as I placed that sponge over the grody-to-the-max spot, a vague mental picture passed through my mind.

This handy dandy drying mat, which I do so love, came in a two pack.

I know I debated whether I needed to keep both, but I think I may have kept it, at least for a time, in that cabinet over there. At least, if I did, that’s where I’d look for it first. 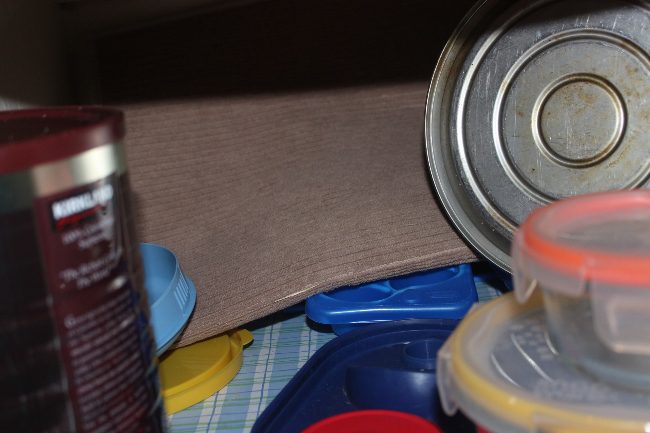 Sure enough, I did.

And in five whole seconds, I had replaced the gross one with the pretty one. 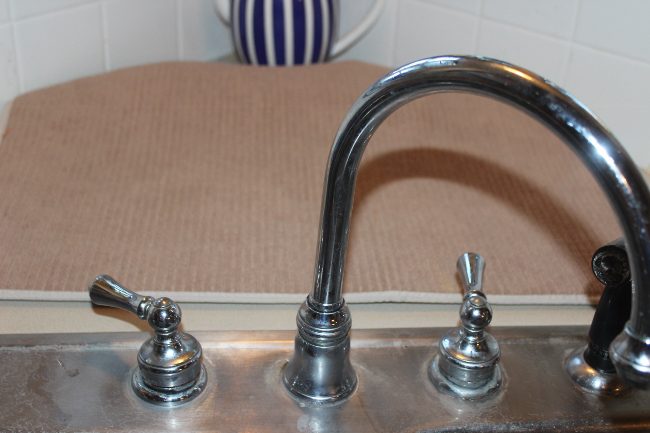 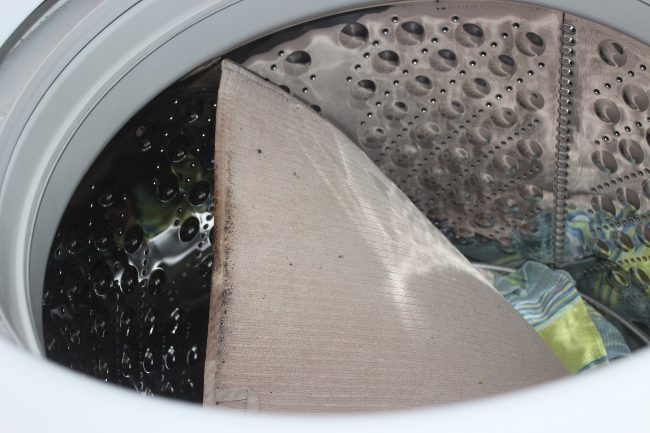 We find that happening a lot. It’s a downfall of the decluttering mindset. We assume we pitched it, so we don’t even look.

I say “we” because on the same weekend, Hubby bemoaned the fact that he didn’t have ANY gross tennis shoes anymore. Nothing bad enough to wear in the lake guilt-free.

Then, he found one pair. He’d just assumed I’d purged them all.

When he assumed, I was indignant. I mean, I’m just trying to keep our house free of junk! He should have looked before accusing (or not really accusing, but it felt that way) his wife!

And then this happened. Proof I make the same assumptions. 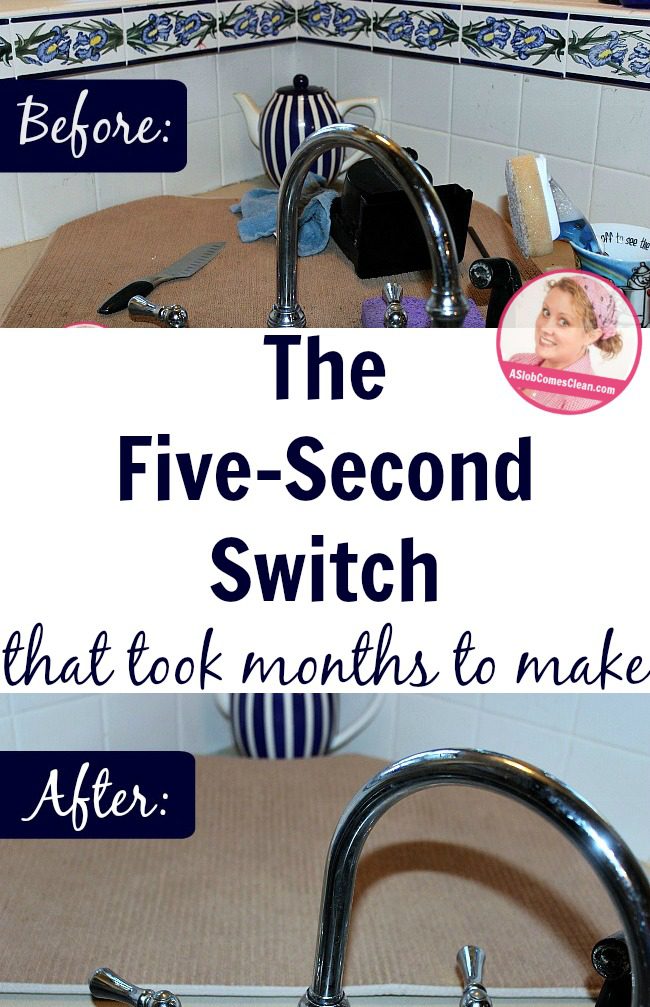