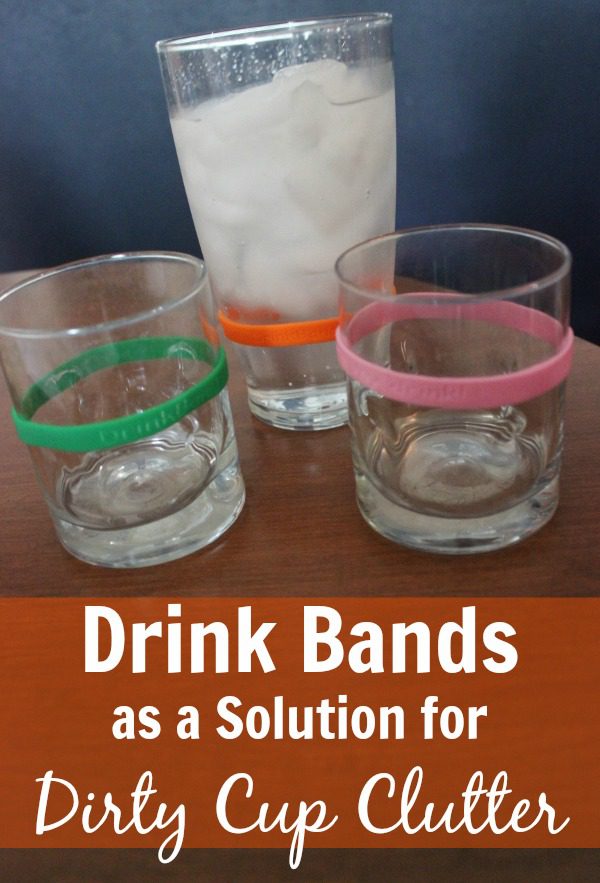 NOTE: This giveaway has closed, and Brittani A. was the winner!

Summer starts in less than a week!!

Can you tell I’m excited??

Oh, how I love summer. I love pretty much everything about it, but it does present some challenges.

How about using up every single drinking glass in the cabinet before 2 p.m. because we can’t remember whose is whose so everyone just grabs a new glass every time he/she is the slightest bit thirsty??

Yes. That’s a real problem in our house, especially when four of us are home all day every day.

It was easier when we used plastic cups and could designate a certain one for each person.

But I decluttered those. (Not that we haven’t collected more since then.)

I am a big fan of using glass glasses. Grown-up glass glasses. I firmly believe I can taste the difference as an ice-water connoisseur. But, as one of you commented recently on that post . . . pretty, matchy-matchy glasses present their own problem: they all look the same.

So when DrinkBands offered to sponsor a post and a giveaway, I thought it was a great time to try out their solution for this exact problem!

They sent me a set of 9 DrinkBands. They came in a cute little case, which I’m keeping to avoid having the extra ones scattered around the kitchen. 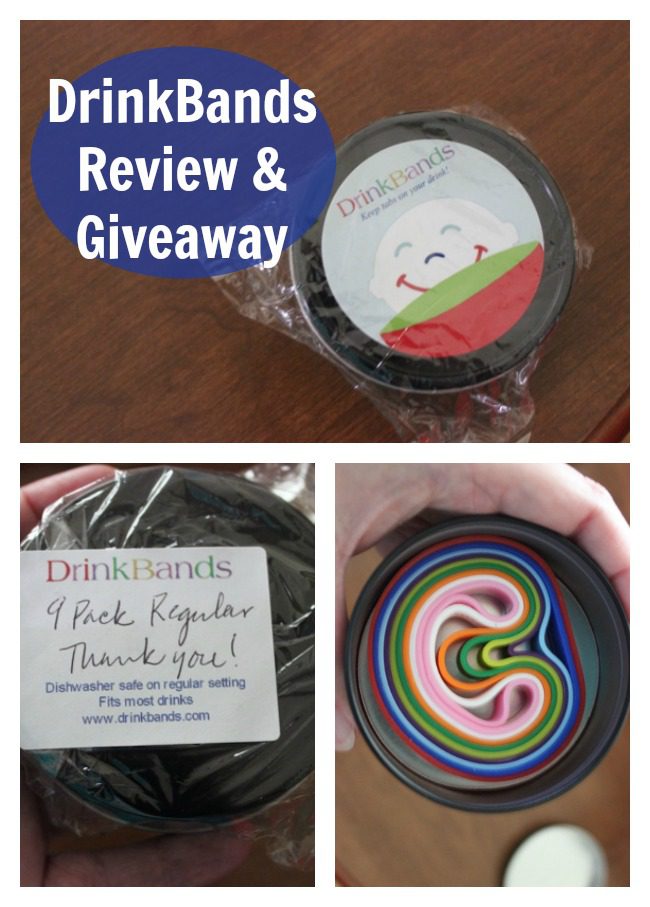 They look like the plastic bracelets you’ve probably seen, except they say “That’s my drink!” and come in a set with all different colors. We have bracelets, but we generally end up with six of the same color. You can purchase them individually for around 2.00 apiece or in the set like I got for 15.95. (That’s also the set you could win in the giveaway below!)

I chose the colors that were the same as our Magic Bands from our Disney trip in December. Everyone remembers that color, so it worked well for us.

I went ahead and put them on glasses in the cabinet. “Ummmm, Mom? Why are there bracelets on our glasses?” was a good reminder to explain the new system.

So how is it working so far?

It’s working well. There are two of us who are the worst use-at-least-three-different-glasses-each-day-because-we-have-no-clue-which-glass-was-ours offenders.

For me, I’ve been using the same water glass for two days now.

The same ONE water glass. This is big. I started to put it in the dishwasher and then thought, “No. I want some icewater now, and I can keep using it for another day anyway since it’s just water.”

For the woman who can go through six glasses without even thinking about it, this is really good. Like back when I had a big plastic cup I knew was mine and only mine, that little orange band at the bottom of the glass serves the same purpose.

And the kid who takes medicine more than once a day has stuck to his green banded glass instead of filling (literally) the countertop with used glasses. He actually told me he’s been consciously trying to use his designated glass. It really does make a mental difference. 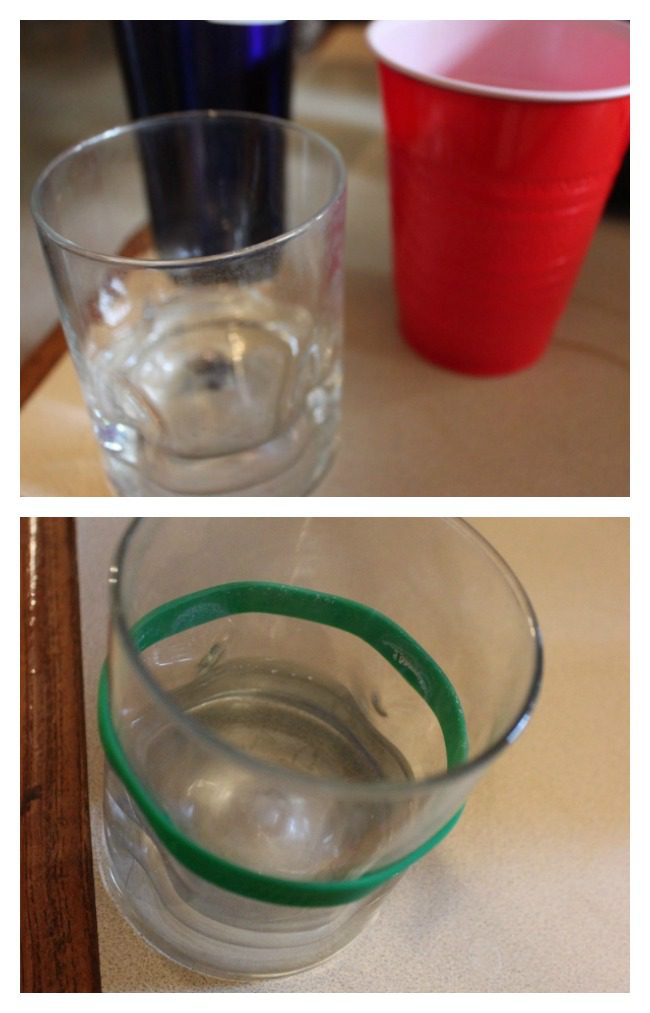 And they are dishwasher safe. (Though I’ll be moving the band down since there’s some dishsoap residue in the indention on the glass that’s under the band.) We’ve tested that. Not sure how they will hold up over the long term going through the dishwasher, but they did great on the three or four washes we’ve done.

Tips: Have your kids decide if they like the positioning of the band by gripping the glass before they pour something in it. Once the bands are on, they’re secure. They can be adjusted, but if you try to adjust them while there’s liquid in the glass, a mess will definitely happen.

They’re also good for designating water bottles in an icy cooler that can cause marker to rub off!

Edited to add: I didn’t realize that you can personalize the bands!! Have your names or nicknames put on the DrinkBands!!! They’re only 2.50 each when personalized!! How cool is that?

I love that this company is owned and operated by a family with five kids of their own! Yay for entrepreneurial families who come up with smart solutions!

Ideas for giving these as gifts:

Go check out this pack I got and the camo pack. Giveaway has ended.