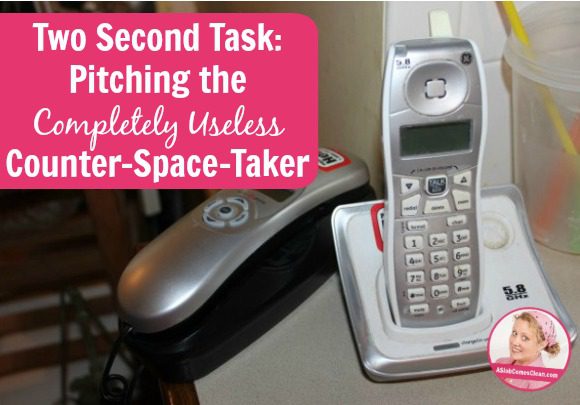 This morning, my Slob Brain registered my own annoyance that there was one-too-many phones on my kitchen counter.

For two days, there have been two phones in that space.

But lest you think two days isn’t that bad, I should admit that there has been one-too-many phones in that space for months. 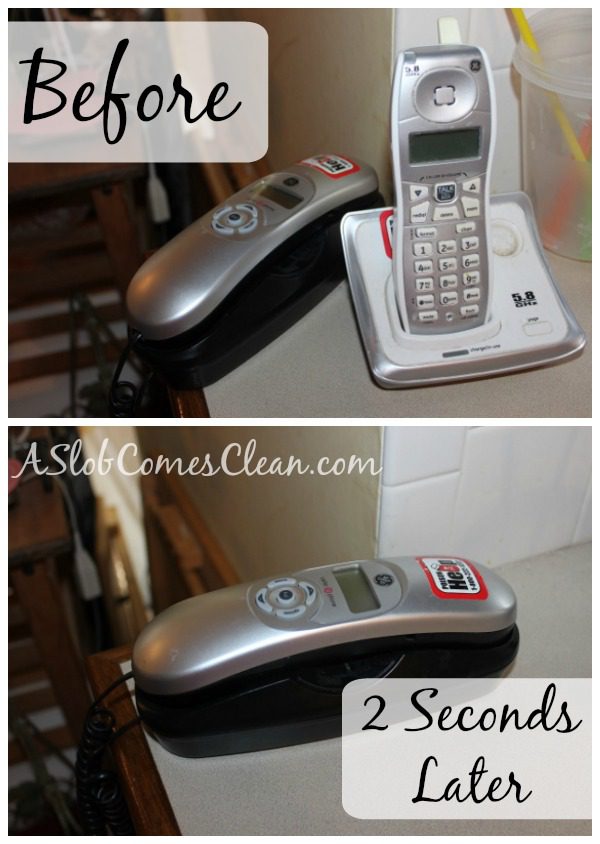 We rarely use our landline anymore. Only my mother and my mother-in-law call it, and they immediately call our cell phones when we don’t answer that one.

We shouldn’t even have it anymore, but were talked into turning it into a part of our cell phone plan so we wouldn’t lose that number (that number which no one calls . . . ), so we’re stuck with it for another six months.

So when the phone completely died, I didn’t stress.

But I also didn’t pitch it.

It was only when I suddenly saw another much-less-likely-to-die phone sitting on my bathroom counter that I realized I could use that phone in our landline jack.

And it was a week after I went through the hassle of unplugging the completely-useless phone and plugging in the not-so-useless phone that I realized my counter space was being taken up by something completely and totally useless and already replaced.

I’m choosing to celebrate that I finally took the two seconds to throw out the dead phone. Go me.

I don’t want to talk about why the good phone was sitting on my bathroom counter. Or how long it might have been there.