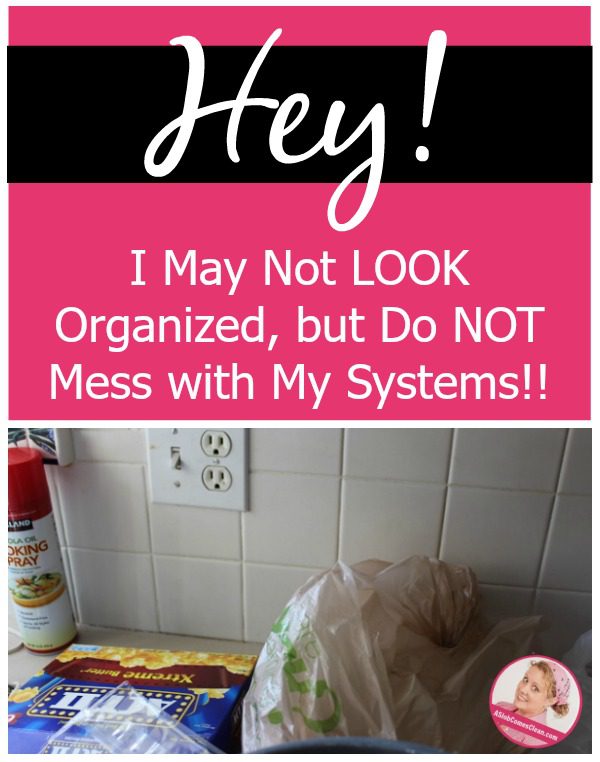 I knew he did a good job, and admired the uncluttered look of the countertops.

But it wasn’t until Tuesday (four days after he cleaned the kitchen), that I noticed my food processor was missing.

Not in the place where it has been for years!

I didn’t notice until I was opening a can of chickpeas to make hummus for my lunch. I immediately sent him a desperate, stressed out text, and started looking everywhere.

It wasn’t in the cabinet below its HOME, or in any cabinet where it would have made sense to me to find it.

Lucky for him, I thought to look in one last spot before he sent this hilarious reply: “Look on eBay.”

Timing is important in comedy, people.

Sixty seconds earlier, before I’d found the missing appliance, his “joke” wouldn’t have been the least bit funny.

I calmed myself down enough to not be mad, and looked around the kitchen again.

This time, I looked without the desperation I felt earlier when I discovered the food processor had been moved from its designated spot. I had to admit that MAYbe it made sense that a helpful husband wouldn’t realize how passionate I am about things being in the exact place where they should be when that exact place had so quickly been filled with this: 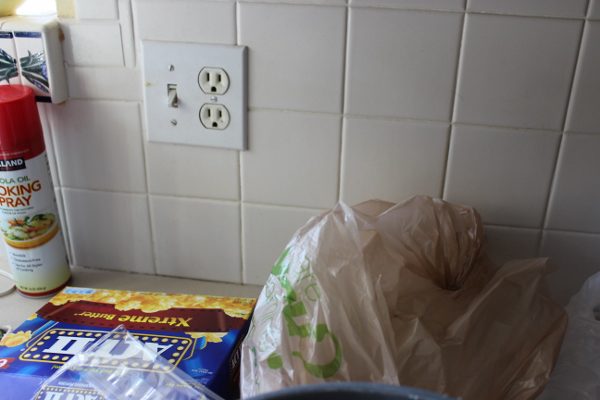 A box of popcorn specially requested by a birthday boy who normally likes mom’s stovetop version but thought his friends would prefer the kind that makes your teeth greasy.

Right. The counter that had been beautifully clear and clean two days ago (thanks to Hubby) had become a resting place for all sorts of randomness.

But still, don’t mess with my systems. I do have them. Really. 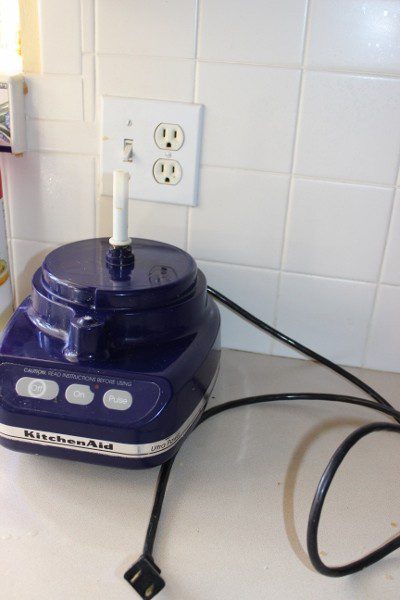 Aaaaahhhh. So much better. Y’know, after I took the 2.5 seconds required to clear the counter space. One handed. While holding my plate of hummus and naan in the other hand.