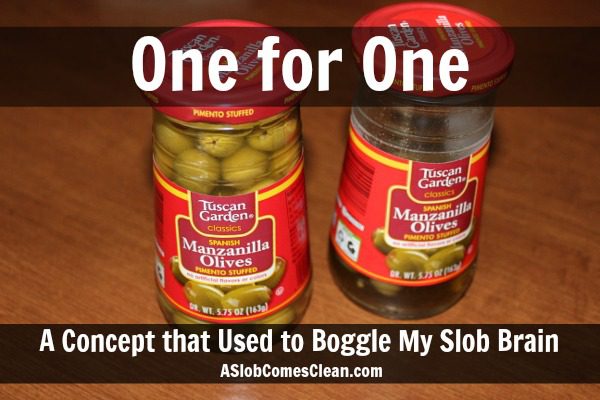 As I unloaded groceries on Monday, I kept repeating to myself: One for One.

This concept used to boggle my mind. I had no idea what it meant or why Organized People all nodded knowingly when it was mentioned.

And yet I still have to chant it in my head because it’s just sooo unnatural to me.

I passed by the olives at Aldi yesterday and recalled Hubby saying, “I think these olives are old” the last time he wanted olives. I passed by, I remembered . . . AND I bought them.

(No small feat there, people.)

As I put the new jar into the fridge, I continued my chant. Because I knew that even though Hubby didn’t eat those olives . . . they were still in there.  (And if he won’t eat it, NObody will eat it.)

We do that. We put things back in the fridge that we’ll never eat.

And I have no idea why.

And then when we get a new one, and DON’T REMOVE THE OLD ONE, they start to look the same once the new one is open. And then I subconsciously avoid BOTH jars because I can’t remember which is which and can’t be bothered to check expiration dates.

And they both go bad.

So I’m counting this as one small success for me. New olives went in and old olives (that shouldn’t have been in there anyway) came out.

One in one out. 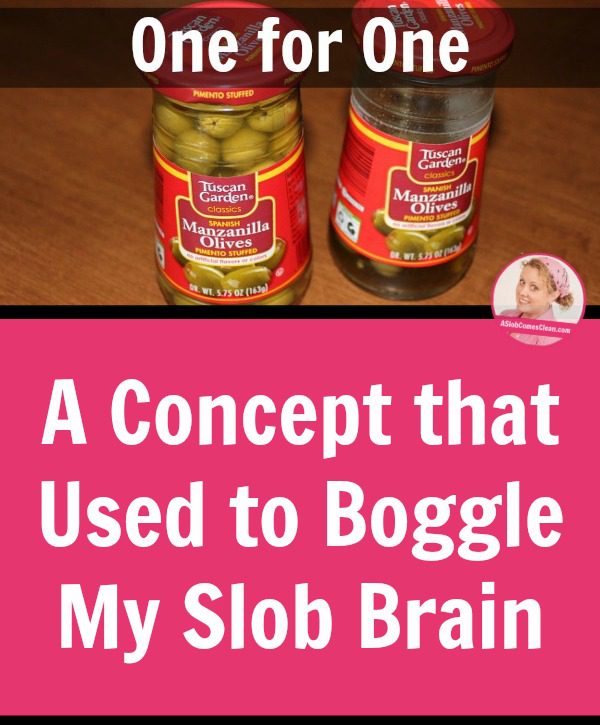