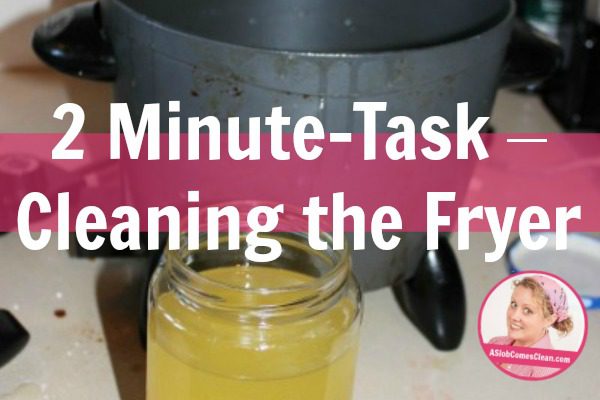 I mentioned on facebook over the summer that I was excited to find fresh okra at our local Farmer’s Market.

Sorry. I got distracted.

Anyway, I googled my own recipe for what I don’t hesitate to declare is the very best fried okra ever.

I also dug around in a cabinet and found my fryer.

I almost never use that thing, but when I need it (like, when I find farm-fresh okra), I’m glad I have it. I spent a few hours frying okra, (eventually) cleaned up all the other items for that insanely messy endeavor, and then left the fryer sitting on the counter.

For more than a week.

At some point, Hubby emptied the grease to put out with the trash, but I still ignored it.

Finally, I washed it out (which took no time at all) when I had the brilliant idea to make “homemade” doughnuts (Grands biscuits with a hole torn in the middle) for the last day of summer break. Right. I washed it out so I could use it again.

After I used it, I left sitting on the counter. Un-emptied and un-washed.

Thankfully, on Monday, I was in a rather thorough mood as I worked to get the kitchen back on track. Instead of pulling the classic I’ll-bet-that’s-a-really-hard-thing-to-deal-with-so-I-just-won’t-deal-with-it-at-all-and-maybe-it-will-go-away trick, I stopped to think.

I grabbed a pickle jar that I hadn’t been using for anything else and poured the grease into it. I gently placed that in the trash can. I then washed the fryer and dried it and PUT IT AWAY.

Can you believe I did ALL that??

And it took a whole two minutes. Or less.

What two second tasks have you done lately? 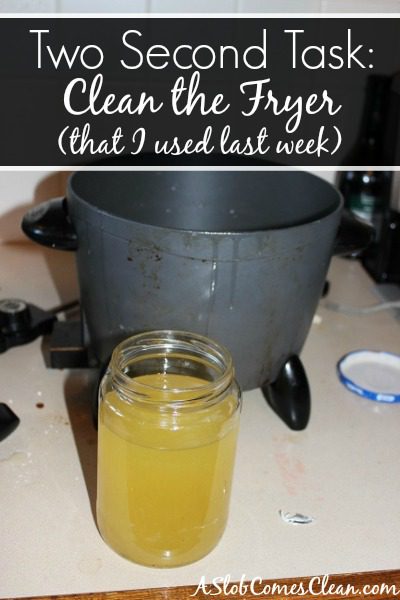