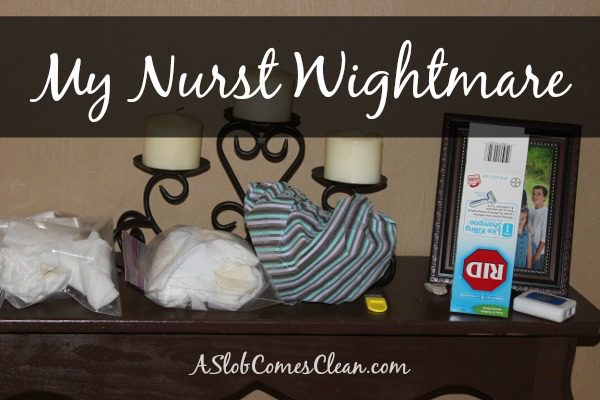 Before we begin, some disclaimers:

#1: If The Internet brought you to this specific post after you typed a desperate plea for help into a search engine, you should probably click away. There’s no medical advice here or even any expert advice on the subject of horrifying bugs who hop from head to head, terrorizing mothers across the country. If you want to talk about decluttering, I’m your girl. But this post is just the story of a hyper-paranoid mother’s personal experience.

#2: While I often, over the course of these events, felt moments of intense exhaustion, despair and self-pity, those moments were always followed by a realization that what happened in our home is NOT the worst thing that could happen. Many parents have experienced real tragedies and fought real health battles.

#4: This post contains affiliate links. I lived my nurst wightmare. Monetizing it makes it sting a little less.

It all began on a Friday afternoon.

I had allowed 45 minutes to clean up the house. You’d better believe I had future blog posts running through my head. And they were good ones. I was going to talk about how far I’d come over the past almost-five years of this deslobification process. How it was a big deal that I could make a real dent in only 45 minutes in the middle of an ultra-crazy week.

I was also proud of how I’ve changed my way of thinking enough that I was willing to let my kid have a random slumber party.

See, about a month before, I’d actually brought it up to my 12yo. His group of friends is always spending the night at someone’s house. I said that we should host soon. I even mentioned a date.

So when he reminded me TWO DAYS BEFORE (after he’d already invited his friends), I stifled my initial reaction and said “Sure!”

I called a friend with whom I’d recently made an if-your-boys-have-a-sleepover-send-your-girl-to-our-house deal and explained the last-minute-but-not-really-last-minute situation.

She said, “Sure!” and I made my daughter’s year when I told her she was going on her VERY FIRST sleepover of her entire life. I’d made her wait until she turned 8, so this was a VERY big deal.

After 45 minutes of cleaning, I drove to school to pick up a Suburban-load of kids and brought them home. I hugged my daughter good-bye and then put out snacks in the dining room while I finished cleaning up in the kitchen.

And then I sat down.

And noticed I had a message.

It was from my daughter’s school nurse.

Something about a girl in her class having lice, and she found “nits” in my daughter’s hair.

And that right there, folks, is my worst nightmare.

I couldn’t breathe. The thing I’d feared for all my years of parenting, the thing I’d assumed would send me straight to the looney-bin, the thing I couldn’t imagine I’d ever be competent to deal with . . . had happened.

And my daughter was at her very first sleepover of her entire life.

And my house was full of other people’s children.

Hosting Friend was much calmer than I was. She’d dealt with this plague before and lived.

Nurse Friend was nice. She offered to check all of our hair. I didn’t think I’d know what to look for and was petrified to try. I also wanted to have all my guest boys checked before I sent them home.

Because that was what I had to do. Send them home.

Right. I had to go pick up my devastated daughter and put an end to the night she’d dreamed of for 8 long years.

I had to text all the parents of the boys who’d been at my house for less-than-two-hours to let them know the sleepover was off.

I had to console my poor-put-upon 12 year old.

“Sweetie, I’m soooo sorry. There’s just no other option. If someone in our house has it, we can’t have guests here. Really, I totally understand that this is devastating. Honestly, it’s my nurst wightmare. Haha. I mean my nurst wightmare. Blech. MY (pause) NURST WIGHTMARE.

Whatever. You know what I mean. It’s awful.”

All the Guest Boys were lice-free, but my boys weren’t. Both of them “needed treatment.”

This wightmare was getting even nurse.

I sent Hubby to take the Guest Boys to their new location. (Another parent had volunteered to host.)

I . . . went looking for Poison Shampoo.

Here’s where I remind you of that first disclaimer. I am NOT an example of what to do. I’m just venting the horror we experienced. Yes, Nurse Friend explained that there are now more “natural, non-toxic” options available.

I blew our monthly grocery budget on lice-fighting supplies. 15-dollar-a-bottle shampoo, a special comb (since everyone knows the combs included with the shampoo are worthless), spray for the beds. And then I sent Hubby back to buy two more bottles of shampoo that night.

We went home, started washing our hair with poison (it’s actually lice shampoo, but still . . . ), and I began the painstaking process of running the lice comb through three kids’ hair.

I got to my own hair AFTER EATING SUPPER AT 10:30 P.M. My naturally-excessively-curly hair was a big frizzy, tangly, impossible-to-run-a-nit-comb-through mess.

Oh, and then I made Hubby do the shampoo too.

Wait. I didn’t mention that the nurse said I also “needed treatment”? Well, I did.

But poison shampoos and a special comb weren’t enough for me. I also used an electric lice comb

that Nurse Friend let me borrow. Basically, it’s a bug zapper for your hair.

It’s cool. And chemical-free. If you’re anti-chemicals, I definitely recommend it. It works well. I just wanted to use EVERYthing I could possibly use. No louse left alive.

Funny (but not funny at all) story: At first I thought the lice zapper didn’t work. I ran it through one child’s hair and heard it go “neeerrrrrr . . . eh. eh. eh. eehhh”

Turns out it stops buzzing when it hits something.

It was stopping because it was hitting many somethings.

And . . . as the head zapper hits little bitty living things, they fall dead onto the shoulders.

Wightmares end when you wake up. I was living in a horror movie, people.

At 4 a.m. I got up and started searching the internet. I hadn’t had time to breathe the night before, much less create a plan of attack. I found sites that explained lice can’t live more than two days without sucking human blood. I learned you have to re-treat in 7 to 10 days to keep from getting them again since the nits (eggs) are the hardest to find and they’ll hatch again and start it all over.

I also read time and again that cleanliness isn’t the issue. That anyone, slob or not, has an equal chance of getting lice.

That there is no real benefit to scrubbing the house from top to bottom.

But here’s the thing. THAT is the stigma. That having lice is a sign of grossness. Of being a . . . slob.

So even though everyone who has had them and all the scientists who study them (poor things) insist you shouldn’t be ashamed . . . I know the only reason they feel the need to insist is that people automatically think bad thoughts about people who have them.

This was one of the times when I missed my days of anonymity. I missed the time in my life when no one knew I was a slob. When most people actually assumed the opposite because of my raging germaphobia.

But now, when the fact that we were dealing with lice came up, my heart squeezed and my stomach sank. I wondered if the person I was talking to was totally not surprised because of the whole “well, she does have a blog about being a slob” thing.

Oh, you’re thinking you’d just not tell anyone? I didn’t have much choice, what with the sleepover situation and all.

And . . . I had to send the dreaded text. The same one I’ve received in baseball-seasons-past that caused me to think bad thoughts about the sender.

I had to send a text to all the other baseball parents explaining that my boys might have already had lice at the last baseball game . . . and they had borrowed helmets. And we didn’t know exactly which helmets.

And . . . I went to church on Sunday with straight hair. If you know me personally, you know this is a RARE thing. A thing so rare that random people stop in their tracks and exclaim.

I suffer from excessive honesty and chronic over-sharing, so even though I’d told myself and my children to not volunteer information about our plight, I found myself blurting out “We had lice!!” to waaayyyy too many people.

I just couldn’t think of a non-lie story to tell about why in the world I’d straightened my almost-impossible-to-straighten hair. See, I was paranoid. I’d only found about three nits in my own hair, but since I didn’t trust Hubby to be as thorough as I needed him to be, I obsessively used that lice-zapping comb on my own hair. And you can’t run an electro-comb through crazy-curly hair.

My entire goal was to NOT experience what most people had told us they experienced.

I was determined not to have a re-infestation.

My plan of attack:

It has been almost a month, and I’m still watching heads closely. I feel confident that if we get it again, it won’t be because we didn’t get rid of them.

Oh, and my daughter will now and forever more wear ponytails to school.

And here’s something I already knew. I’m awesome at adjusting.

Here’s what people saw in a recent video interview I did: 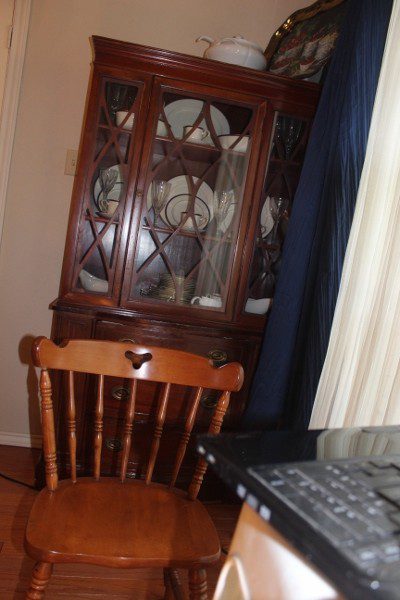 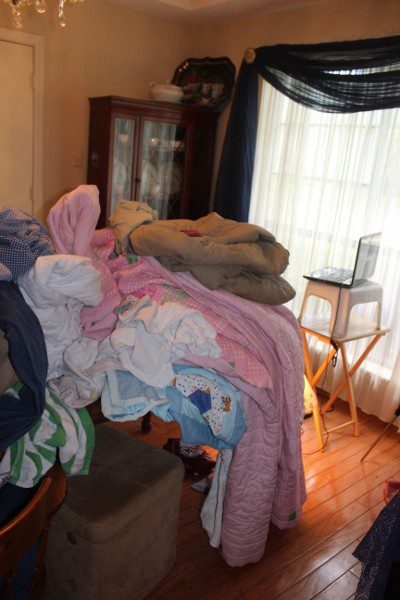 Feel free to express horror or solidarity in the comments. 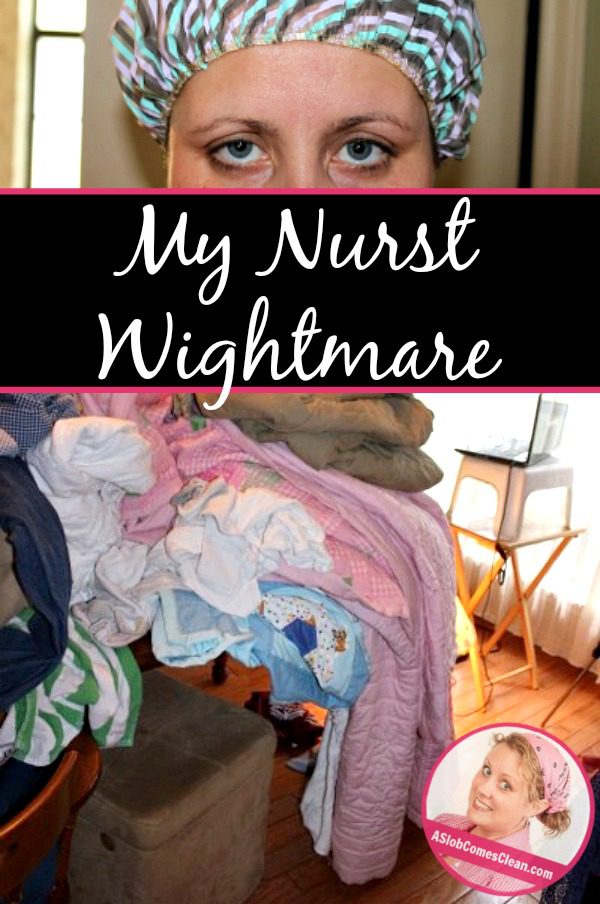