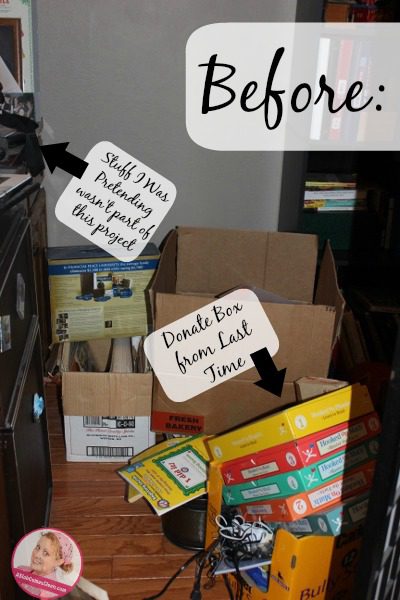 I’ve already told you how I was in a funk on Saturday.

A what-is-the-POINT kind of funk.

Unfortunately, I know just how to cure those kinds of funks.

So I did. I decided I was FINALLY going to FINISH the HUGE project in my gameroom.

The one I’d been pretending wasn’t noticable because of the screen in front of it. 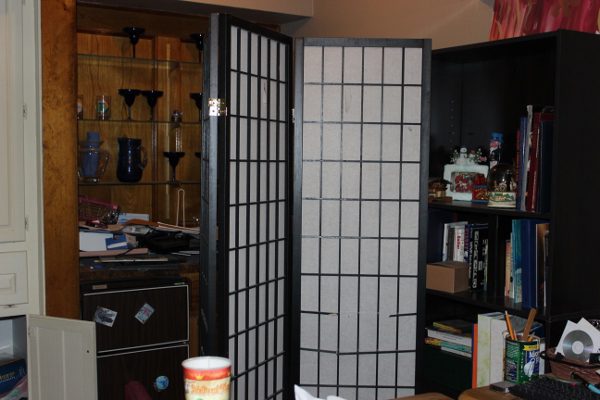 When I looked behind the (rather whompey-jawed) screen, I saw that “before” scene above.

So I started with what was easy. I put the over-flowing donatable Donate Box in the bigger box I’d designated for this project. Then, just like last time, I started going through the clutter item by item.

It’s true I had big plans to FINISH this project that day. But . . . I still stuck with my methods that keep me from making a bigger mess than I had when I started. My big plans don’t always work out the way I plan.

I found quite a few things that had a “where would I look for it first” place to go. So I took them there. 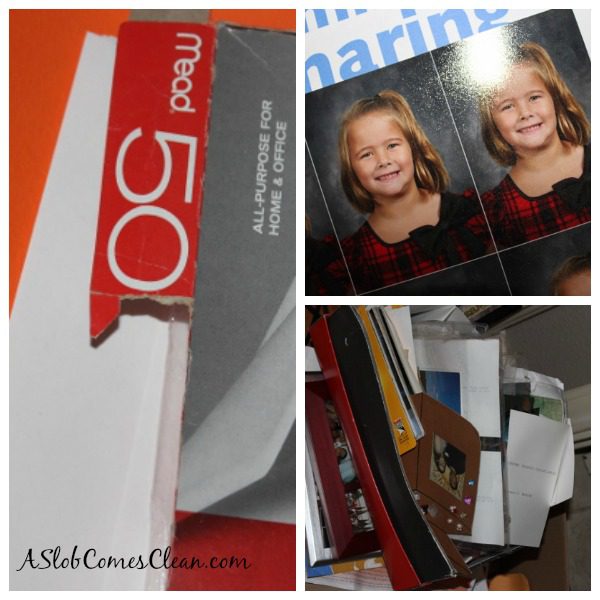 Oh, the temptation to put those photos in albums . . .

But that wasn’t my project for the day. And now, once I get into the mood to organize pictures, I’ll know right where these are! 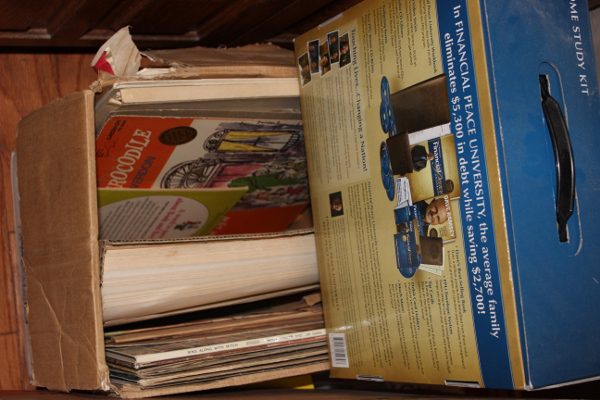 And then there were the angsty items. The things that were in that corner because I wanted to keep them. See, that corner is very near the ONLY storage cabinet in my entire house.

So I opened up that cabinet just to see if anything in there was easy. Y’know, so I could make room for these not-easy things.

I decided these frames I got at a garage sale (at least four years ago) but that I’d never painted or used could go. They were easy. 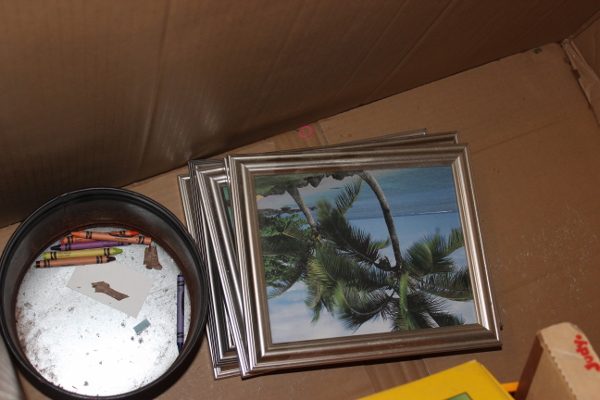 (Not easy the first three times I kept them during other decluttering projects, but easy now. And that’s okay.)

And then there were just a few things left: 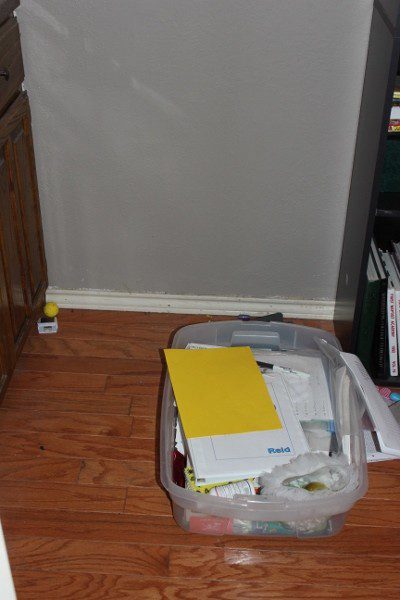 Upon closer inspection, they even turned out to be easy! 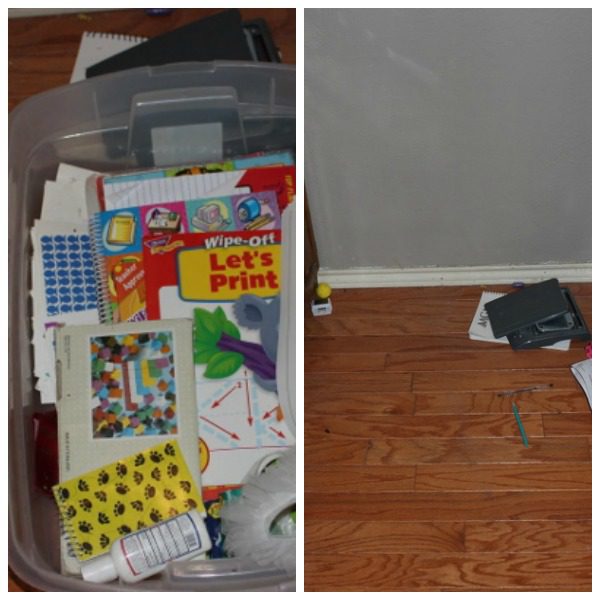 Pre-school learning stuff (that my kids have outgrown) and my postal scale (from my eBay days).

I was sad, but I put the ENTIRE box of learning stuff into the Donate Box. Plastic tub and all. I smiled, thinking of a young mama being so excited to find ALL of it together in a thrift store, in its very own box! (Not that the thrift store people will keep it together, but I can daydream it however I want!)

And the postal scale had a “place where I’d look for it first” right on top of the bookshelf nearby.

Here’s the after picture: 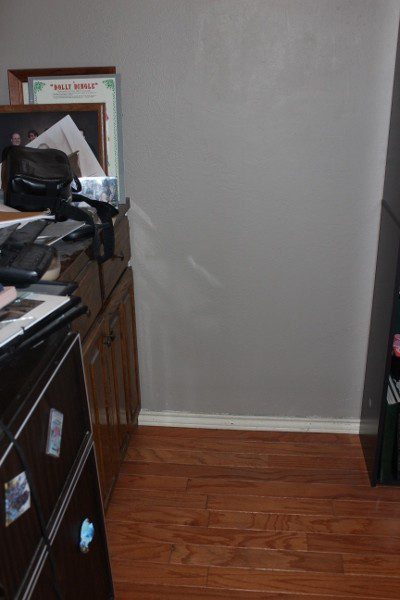 Except it’s not a “done” picture.

Because up on that cabinet to the left? This: 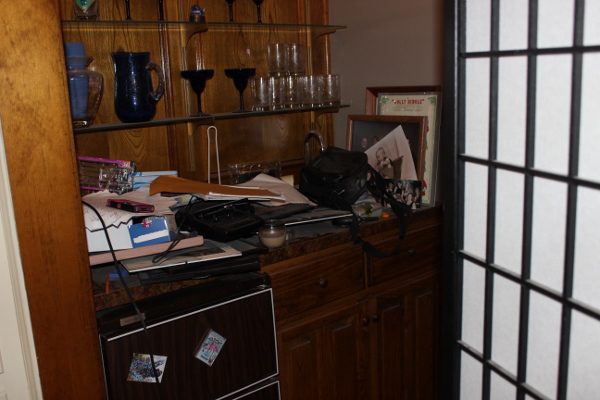 Item by item, I donated, tossed and relocated everything on there. 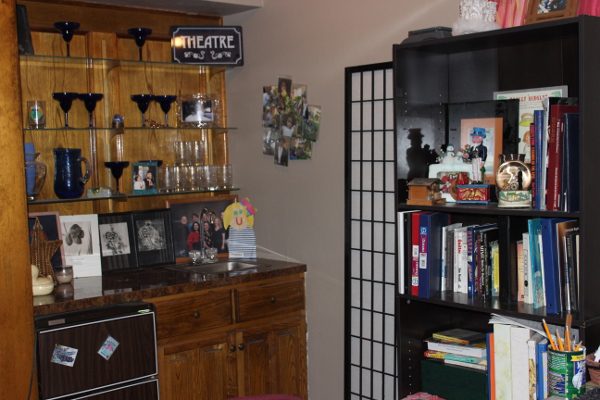 From the original angle: 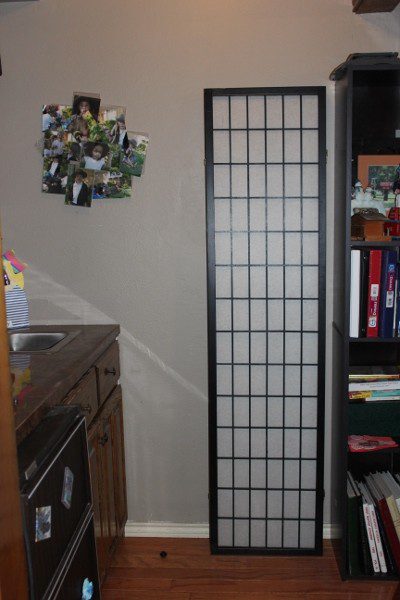 What have you decluttered lately? 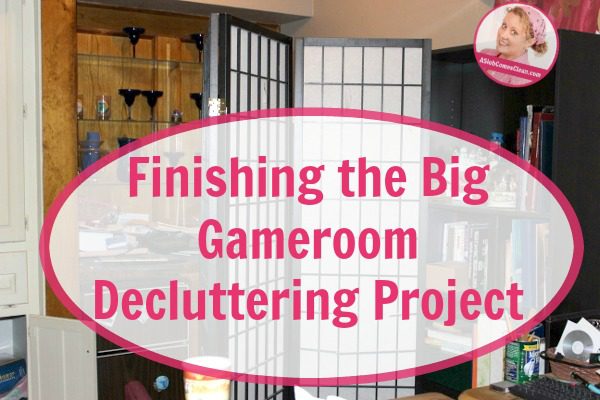