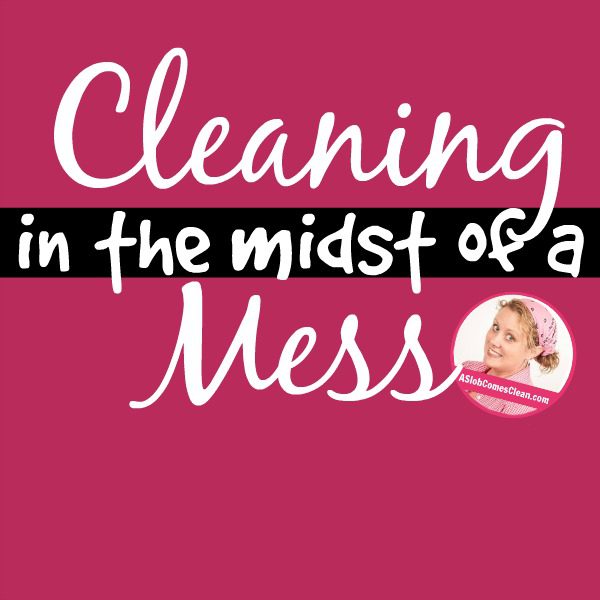 If you’ve read the blog the whole way through, or even if you’ve just been around a while . . . you have likely noticed a recurring theme.

*Messy: Grocery bags on the kitchen floor, TV trays left out until no one can remember the last time we ate while watching a movie, one random load of laundry piled on the new chair because there’s no time for the laundry management method that rocks Nony’s world. And more.

This is a tunnel vision week.

My boys are both in a play at school and I’m directing. This means we’ll be out each and every night, and members of the household should feel grateful to be fed and have clean underwear.

Pre-blog, this would have been The Beginning of the End. A surefire halt to any Burst of Consistency I’d been experiencing.

Now, though, I know the basics. The absolute, must-do-to-function basics.

So I’m doing those basics. I’m running the dishwasher every single night and getting laundry done.

I used to struggle to see the point of doing such things in the midst of the mess. WHY even bother when it will barely make any visible difference?

(I suppose it could be a Suburban’s tire or a bike or something, but a wagon wheel just feels right. Y’know . . . artistically.)

Even when the storm is raging, and the mud is forming quickly, it’s best to keep going.

Even though movement is so slow you think you’ll never get to wherever you’re going. Even though mud is caking the wheel and your hoop skirt is getting splattered.

Because even though you don’t feel like you’re making progress, stopping would be disastrous.

Stopping would mean sinking down. Into the mud. And getting out of that would require the help of Clydesdale horses and neighboring farmhands.

If you can just keep moving, just keep those wheels turning, you’ll be SO much better off after the storm than if you had stopped completely.

If I can just keep the majority of our dishes clean by running, then emptying, then re-filling, then re-running the dishwasher every day, we’ll be so much better off when this play/storm is over.

And let’s be honest. Soaked-down-to-the-corset-and-pantaloons is somewhat romantic.

But drinking-from-measuring-cups-because-even-the-coffee-cups-are-dirty? Not so much.

My newest book, Decluttering at the Speed of Life is available wherever books are sold!