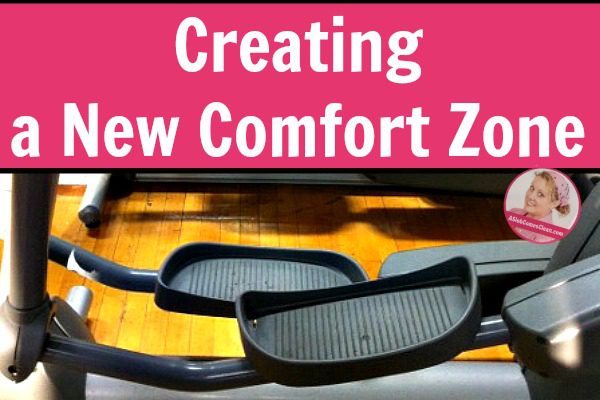 I haven’t written much about the fact that . . . . I have worked out (like, at a gym and EVERYthing) at least three days a week for eight weeks now.

I’m proud of myself, but I’m petrified that the minute I write a post stating that “this is my workout routine” I’ll break my leg.

Or the gym will close for remodeling.

Or something will happen that will cause me to lose this momentum.

There are a ba-jillion comparisons between keeping my house under control and working out. I haven’t shared them, even though they run through my head like a treadmill without an off button.

See? See how easy the comparisons are??

But yesterday, as I walked into the gym at a different time than I usually do, I decided I would take the risk.

Some of the nervousness of the first day returned. I was getting there at 9 instead of 7:40. There were different (and more) cars in the parking lot. I worried that the three elliptical machines I know how to use would all be taken.

I fretted that the room with the weight machines I like (the ones where you don’t have to know what you’re doing) wouldn’t be mostly-empty like it usually is when I’m there.

But I went in anyway. And everything was fine. I hooked my keys on the board where I’ve been hooking them for two months now. I knew where to sign in. I didn’t have to explain that “Yes, I actually am a paying member, I just haven’t been here in two years.”

I was off my routine, but everything was still familiar. With a few non-world-rocking adjustments, I did my 25 minutes of cardio and used the leg-focused weight machines.

Gyms used to scare me. Petrify me. Intimidate me.

I felt awkward/stupid/ridiculous in them.

It only got better after I started going. Over and over. It helped that for the first week or so I had a few friends who were willing to go with me. We could stare at the instructions together and try to figure out how to work the machines.

Even though our schedules rarely match up anymore, I kept going. Little by little, I’m expanding what I’m willing to do.

People talk so much about getting out of your comfort zone. Sometimes, it seems like being comfortable isn’t a good thing. That being edgy or miserable or feeling out of place is what you should learn to like. But I’ve realized that it’s not about being uncomfortable forever.

It’s about being uncomfortable for a short time as you create a new comfort zone. The goal isn’t to be awkward. The goal is to be comfortable in a place where you used to feel awkward.

Now for the cleaning comparison.

Doing the dishes used to feel awkward. It was ALWAYS a big deal. Doing them daily? That was out of my comfort zone. I had to FORCE myself to go through the motions.

I didn’t like a kitchen counter covered in dishes, but it was comfortable for me. That was what I was used to.

But as I pushed through the awkwardness of stopping my busy day to clean up just a few dishes, it started to feel normal to me. An empty sink became my new comfort zone.  I had a routine. I knew what to do. 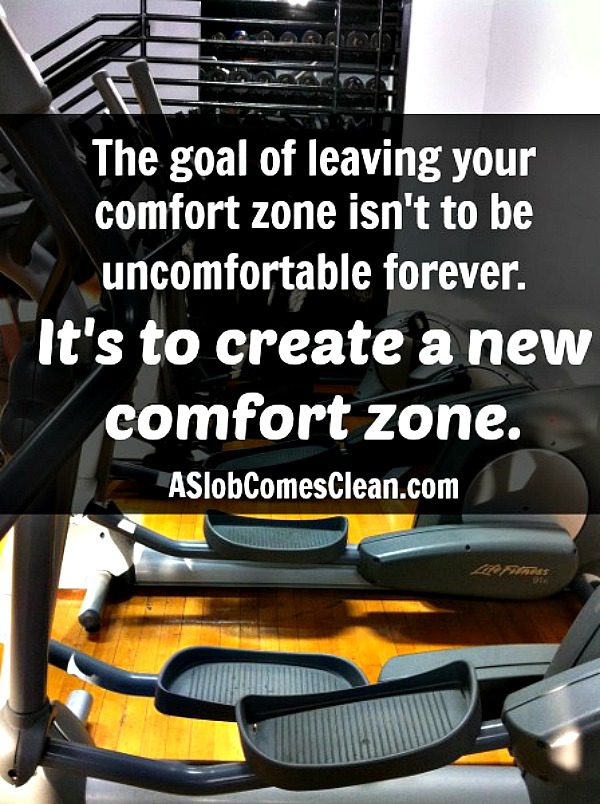