Thanks for being understanding yesterday.  I was nervous to post my Master Bedroom Saga Finale, but so far (as of 9:36 p.m. Central Time on Tuesday), all comments have been encouraging.

When I “finished” last Thursday, I was still ignoring the Pile O’ Blankets  just inside the door. 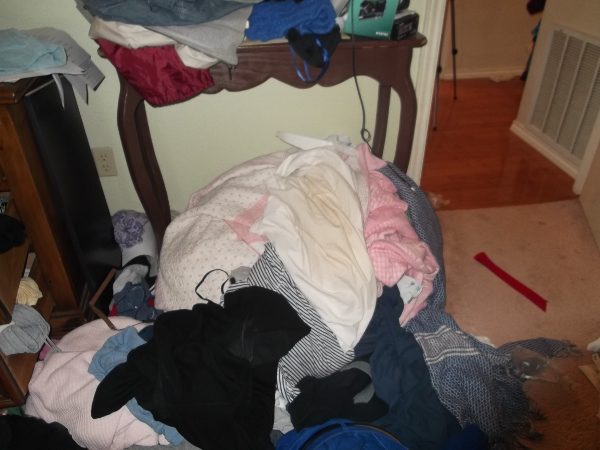 Even though I couldn’t walk a straight path from the door to the bed.

Anyway,  Thursday afternoon and evening, I began psyching myself up to spend Friday at the laundromat.  Several of you had suggested it, and it was a great idea for getting all my big ol’ blankets done in one fell swoop.  I even had plans of  editing the video while I was there, using my handy-dandy new earbuds so I wouldn’t disturb my fellow launderers.

Really, I had convinced myself that I was going to get dressed Friday morning and go find a laundromat.

And I just wasn’t feeling it.  The thought of getting dressed (even in laundromat-suitable clothing) put me in a bad mood.

Okay, fine.  I mostly didn’t want to put on a certain . . . ahem . . . foundational garment that early in the morning.  There you go.  Now you know TMI about my work-at-home habits.

It’s not that I’m anti-laundromat.  I made some of my best teenage memories at one.  For real.  When I worked at a summer camp out in the boonies, they’d take us into town to do our laundry on Saturdays.  You were only supposed to go every other week at the most, but I somehow managed to wiggle my way into that van every single week.  I LOVED hanging out with my friends for those two or three hours.

This was the only picture I could find that had washers/dryers in it, and it’s of the BOYS on camp staff.
I was 17, which pretty much explains that.

But Friday morning, as I talked myself out of (and back into and then back out of) going, I thought . . . “Ummm, while I’m arguing with myself over this, I guess I could run at least one load of blankets here at home.”

And then, once I actually unearthed the pile, I realized it was only five blankets.  And one was technically a throw for the couch.

The pile just seemed big and daunting because there were also several sets of sheets.  In fact, this probably explains why I couldn’t find ANY of the sheets for our pull-out couch the last time we needed them. 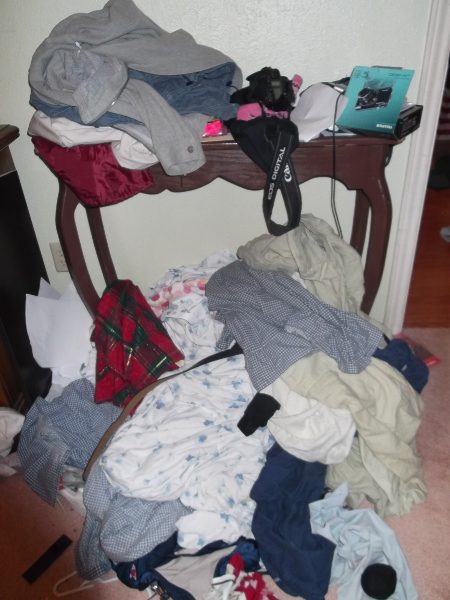 ANYway . . . once I realized there were only TWO loads of blankets, I was determined to knock out those two loads on Friday.

My whole motivation was my desire to justify my decision to not go to the laundromat.

And I did it.  Two extra loads of laundry, and I was caught up.  After months of stepping over/around that huge pile of “blankets.”

Two easy loads, done in one day (if you don’t count the extra day of blankets spread out all over the furniture while they finished drying completely.)

Yep, this was one of those why-exactly-didn’t-I-do-this-months-ago?? tasks. 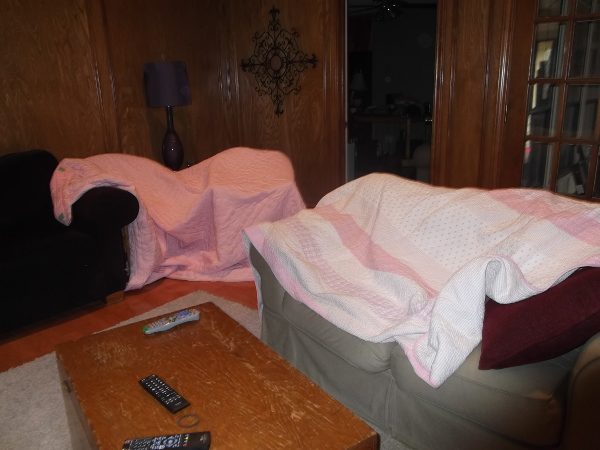 I added the sheets to Monday’s Laundry Day (which I’m still working on today/Tuesday).  For some reason I love doing loads of sheets.  They dry so fast, and even though they’re not easy to fold, you can fold a whole load so quickly since a “whole load” is only about seven or eight items.

I know.  I just said I love doing loads of sheets after admitting that there had been multiple sets piled on my bedroom floor for who-knows-how-long.

I don’t understand it either. 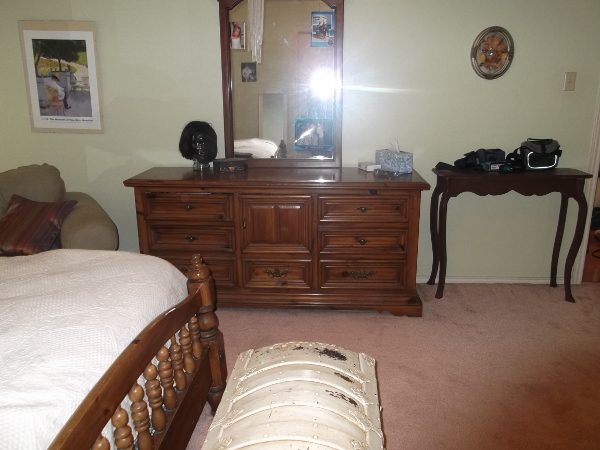 Do you go to a laundromat regularly?  Do you go to wash blankets?  How long are you usually there?