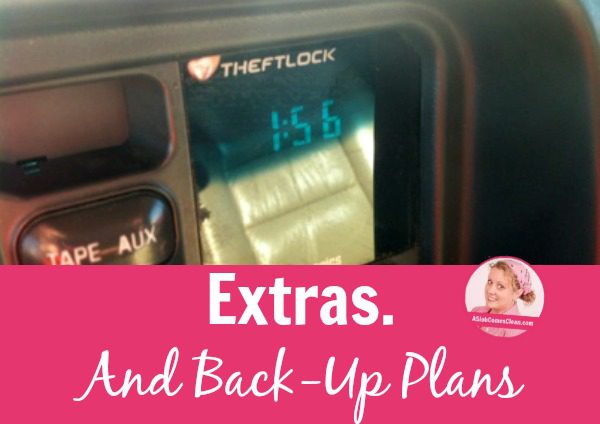 So do you know what was totally annoying me back in December?

Every single time I drove my spare Suburban, I got totally freaked out because we never reset the clock when the time changed. 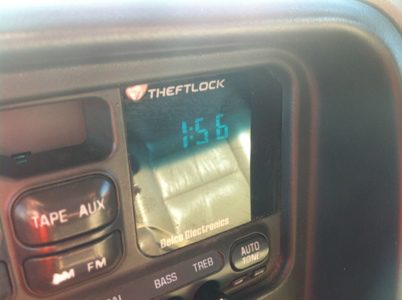 You know how that is, right?

Perhaps I should explain the “spare Suburban” thing.  No, we’re not so filthy rich that we have an extra vehicle sitting around.

In September, we bought a “new” Suburban.  We got it quickly, because when you find a decade-old car in great condition you jump on it.  Right around the same time (before we’d listed our ’97 Suburban  for sale), we were having some more estimates done on our foundation.  One of the guys remarked on our obvious love of Suburbans (y’know . . . since we had TWO) and to make a long story short, that Suburban became part of the negotiations and was traded for a portion of our foundation work.

So we still had it until early December, when the work was complete.

In the week-or-so before we handed it over, I went through a period of Extreme Scatter-Brainedness.

Yep, when Tunnel Vision hits me, keys are usually the first things to be lost.

This is one of the reasons why we generally do not EVER know where both keys for any one vehicle are at a time.

Finding the ONE set of keys is crucial.  Non-negotiable.  It’s a have-to.  But if a set is lost and there’s another set hanging right there on the key hook by the back door?

Grab that EXTRA set and go!  And never again think about the second set and where in the world it might be.

Which means that the “spare” set only ever gets found at random times like when I’m decluttering a junk drawer or moving furniture or checking an old purse before I stuff it into a Donate Box.

It’s the reason I love a new 32-ponytail-holder package.  For at least 32 days, I don’t have to search for a ponytail holder.  I just grab one off of the handy-dandy cardboard holder.

WHY would I waste time looking for the one I randomly pulled off yesterday (by my bed, near the couch, wherever) when there’s one right in front of me?

This is a source of frustration for my husband.  While I do NOT see the point of stopping to look for something when another perfectly good version of it is in front of me, he seems to think that lost things should be found.

Me: I simply don’t have the time to waste looking for something that doesn’t ABSOLUTELY have to be found right at this very second.

Him: People should know where their keys are.  Both sets.  If we don’t find them now, when we REALLY need them (like if when the other set gets lost . . . ) we’ll be in bad shape.

And have to drive the “extra” vehicle.

Except that other than those twoish months this past fall, we don’t have an “extra” vehicle.

Fine.  I guess he does have a point. 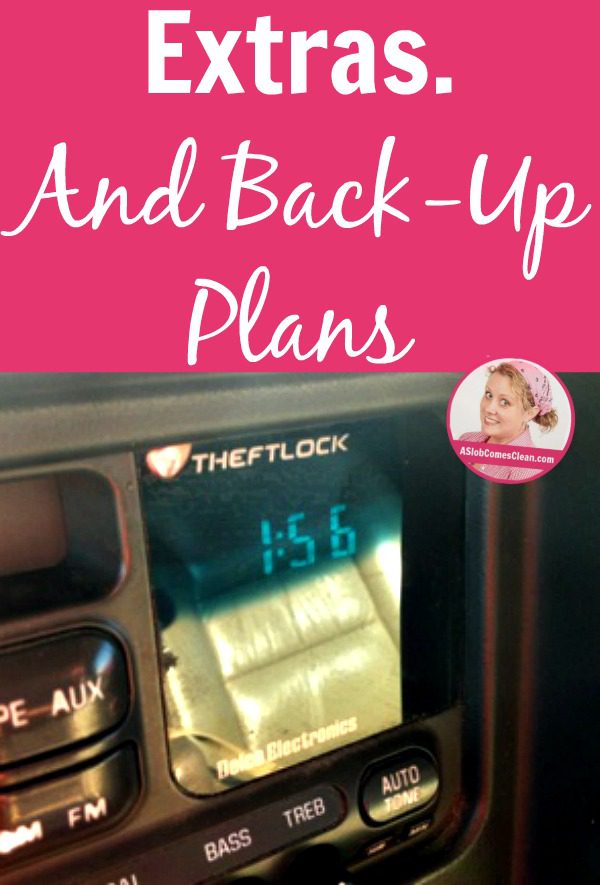 Read Newer Post How to Make the Most of Your Dishwasher (And My Passionate Love Affair with Mine.)
Read Older Post The Lazy Way to Grocery Shop without a List and Still Get What You Need