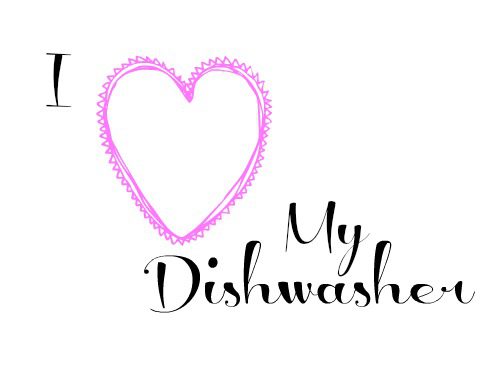 I applied to be a Maytag Mom for the fridge.

Ours was in her old age, unable to do the tricks she once could do (like making ice) and constantly tinkling on the kitchen floor.

What I didn’t know, though . . . was how much I would love my new dishwasher.  When she first arrived, I thought she was pretty.  She did a better job of cleaning dishes than my old one did, so I was glad to have her.

It wasn’t until I went to Michigan and visited the Maytag labs that I truly began to use her correctly and now she’s my very best (kitchen) friend.

I’ll share with you some of her best personality traits (which less sentimental, less personification-prone people might call features), and I’ll bet you will learn some things that will help you improve your own relationship with your dishwasher. 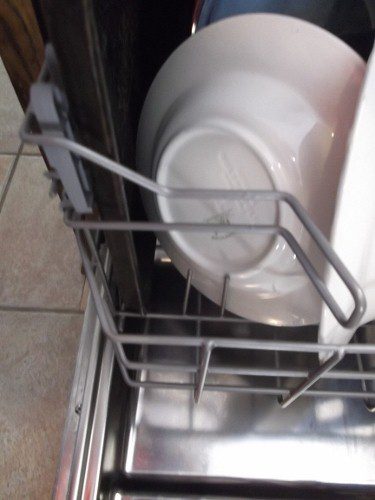 First, she has a strange configuration at the front.  I had no idea what that was for (since I never look at instruction manuals), but I learned that it’s to prevent you from putting dishes where they would block the soap dispenser’s door from opening. 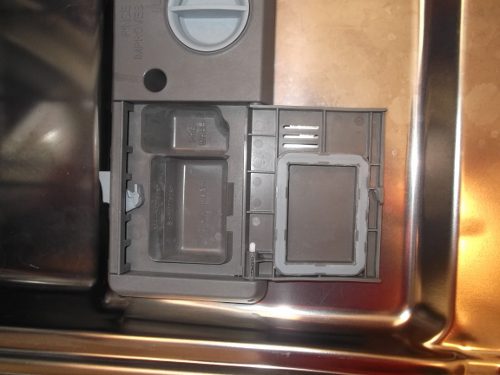 Whenever the door failed to open in my old dishwasher, it honestly never occurred to me that it might be my fault for blocking the door with a cookie sheet.  Now I know . . . but I don’t have to remember because my dishwasher has her special way of saving me from my own absent-mindedness.  (See?  It’s like she was made for me!)

Has your soap dispenser door ever not opened? 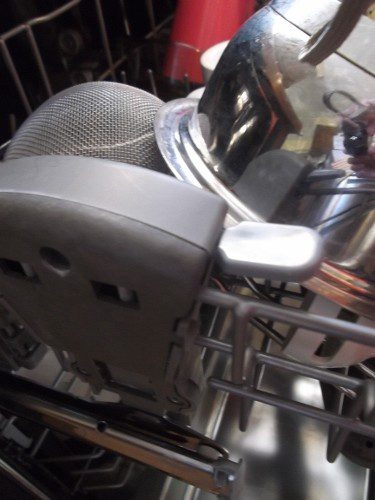 Third, she’s energy efficient.  Now, I’d heard that modern dishwashers use significantly less water than hand-washing.  Do you know what I learned up at Maytag/Whirlpool headquarters?  My dishwasher (and most modern dishwashers) uses about THREE GALLONS of water for an entire load!

And even though I’m NOT a math person, I’m going to share some math.  (Forgive me for my dorky excitement.)

The average person uses three times the water capacity of a dish when handwashing it.  So, when I run my dishwasher every single night, and therefore have enough room to wash my big stuff like pasta pots or skillets . . . I’m saving, like . . . a BUNCH of water!

But wait . . . I’m not done.  You might remember that I’ve always hated pre-washing.  Well . . . the Dishwasher Lady at Maytag assured us that pre-washing is not necessary.  In fact, she was anti pre-RINSING.  Yep.  She said to scrape (not rinse) off the big stuff, but otherwise just stick it in.

This has shortened the time it takes to clean up the kitchen, and has also helped me chill out while the kids are the ones loading the dishwasher.

I also learned to USE all of the features on my dishwasher.  I’d always just put it on Normal.  Now, I use jet clean and tough scrub and hi temp wash and whatever other buttons I feel like pushing. 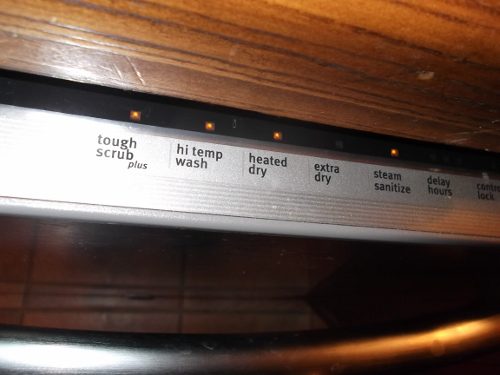 This has made a HUGE difference.  Oh, and Hubby is totally on board and often says that this dishwasher is his favorite of our new appliances.  If you remember, he was once a fanatical pre-washer, so that’s a big deal.

And a little more about the energy efficiency, it only costs around 12 cents of energy to run a load (including heated dry which makes a HUGE difference in how the dishes look).  We also use SO much less water by skipping pre-rinsing and by being confident that it will get crazy-dirty dishes clean without pre-washing them.

I don’t have any pics of three-days-crusted dishes since I’ve been rocking the kitchen clean-up lately, but here’s a dish I put in Wednesday night: 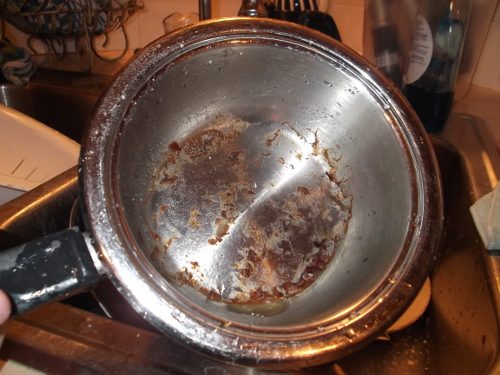 Here it is Thursday morning: 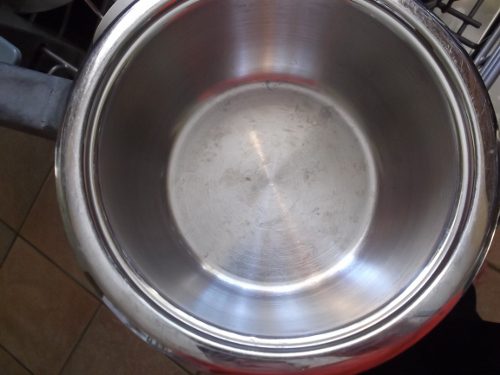 I do need to say that on the advice of the kitchen lab experts at Maytag, I have started using the more expensive dishwasher detergent.  As they said, the dishwasher does its best, but some baked on stuff requires “chemistry” to come off.

Oh.  And one note.  It takes a LONG time for the dishwasher to run a cycle.  Like, hours.  I turned mine on Wednesday night before we left for church at 6:30.  When I got back from vocal practice at 9:30, it was still going.  But . . . the lab people assured us that whatever process it uses that takes so long is the reason it’s using less energy.  I don’t understand, but I believe it.  Oh, and it’s so incredibly quiet  that I can start it right after supper and it doesn’t disturb us at all.

Obviously, I would highly recommend this dishwasher, but I think my old one (also a Maytag) would have done a much better job if I had known some of these things.

This is my last official Maytag post (though I’ll share more I learned in the future), so I’m supposed to share my overall experience with my new kitchen appliances.

I am extremely grateful for them.  I get a little teary-eyed sometimes when I use them.

The only con I’ve found is that stainless steel does show splatters and such  more than our old stuff, and it is more difficult to clean.  A quick wipe-down by me isn’t usually enough and a quick wipe-down by my six-year-old makes it look worse than before.

I wrote this post participating in a Maytag Moms Dependable Kitchen Ambassador program by Mom Central Consulting on behalf of Maytag. I was provided with a Maytag kitchen appliances set, including a refrigerator, vent, dishwasher, and range to facilitate my post.