I’m going to eat a bowl of Cheerios tomorrow morning!

If you read last week’s menu plan or were part of the dinnertime discussions on my Facebook page last week, perhaps you understand what a big deal that is.

Today (Sunday) is the last day of our two-week Crazy Diet/Liver Cleanse/Horrible Thing I Thought Would Never Be Over.

For the past two weeks, we ate fruits and veggies and nuts.  And that’s it.

Our goal is to not go crazy tomorrow, but transition by adding grains and meats back into our diets. We want to continue avoiding sugar as much as possible.

I’ll be linking this post up to Menu Plan Monday over at OrgJunkie.com AND Top Ten Tuesday over at its new home, Many Little Blessings.  (Which just happens to belong to Angie, who designed my pink-polka-dot e-book cover which I love.)

Things I Learned During Our Two Weeks of All Veggies:

1. I have a sugar addiction. Now I know to place part of the blame for that on processed foods that contain ridiculous amounts of it.

This morning when I discovered we were out of the natural peanut butter we’d been using, I used the regular stuff.  (Since it was the last day and all.)

The regular peanut butter?  It tasted like frosting. Cake frosting.  Now that I’ve adjusted to not having sugar in things that aren’t supposed to have sugar, it was overwhelming. 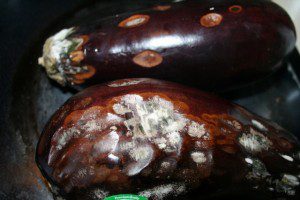 3.  Hubby and I are different. I already knew that, but now have a new example:

After ten days of a fourteen-day liver cleanse, he says “If we’ve done ten days we might as well do four more.”

4.  The kids eat significantly more veggies (without coercion) when there are multiple options on the table.

5.  Contrary to what I have always thought, I DO have the self-control to not eat.  (At least when my only options are vegetables.)

6.  I am capable of doing more than opening cans of vegetables.  Necessity is the mother of invention.  Or creativity.  Or at least desperate internet searches.

7.  A spaghetti squash is exactly the perfect size to be treated (held, sung to, rocked) as a baby.  At least in the eyes of a five year old girl.

8.  When you fill your cart with produce immediately upon entering the store, it’s kind of hard to find a spot for the heavy stuff you grab later on.

9.  I may like salad, but salad stops cutting it after about four days.

1o.  Knives, cutting boards, and food processors get used waaayyyy more when you’re eating all fruits and vegetables. Which makes running the dishwasher every night even more important.

So what’s on our menu for this week?

What’s on your menu this week?