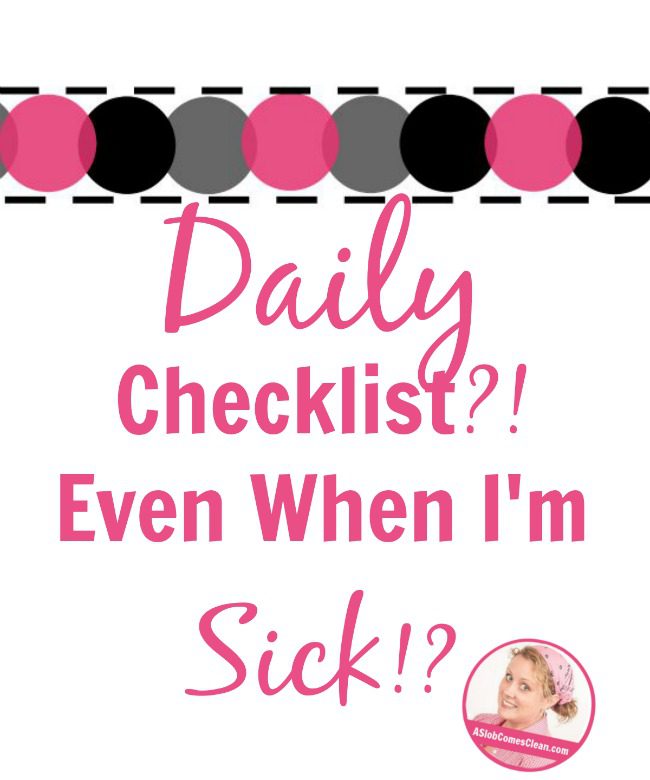 As someone who LOVES excuses, the I-don’t-feel-so-good one is tops on my list.

We’ve had a strange stomach virus move through the family this week.  It hasn’t involved any vomiting, but it’s hit each one of us, ending (hopefully) with me yesterday. It’s definitely something going around.  Something that makes normally energetic people feel like they just got run over by a truck, and makes them not want to eat.

Which . . . believe me, is NOT normal around here.

I know that Flylady says you have to do your routines even when you’re sick, and I suppose she’s right.  I mean, she is Flylady.

But the real issue is not that you should do them, but what happens when you don’t.

And I remember that sense of failure I felt in my Flylady days when I didn’t do them because I was sick.

Here’s the difference between doing things my way and following someone else’s way.  I accept that I didn’t do them, feel thankful that hubby cleaned the kitchen because he knows how important that is to me now, get up tomorrow (hopefully feeling better) . . . . and do my Daily Checklist.

This whole deslobification thing really isn’t about failing or succeeding, it’s about living.

And yes, I know she would tell me I’m not behind, but I would feel behind.