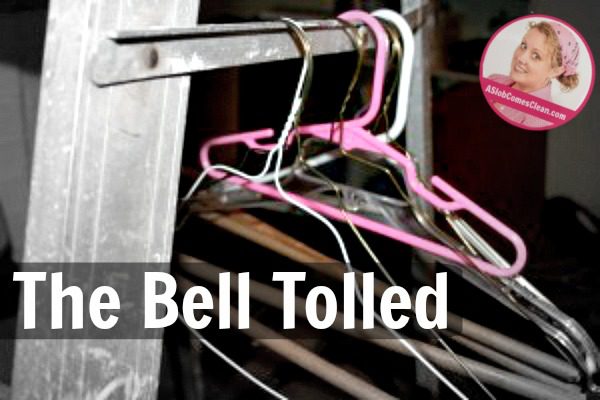 I’m not generally a confrontational person. I speak truth when beneficial, but I don’t go looking for trouble.

And I try to be a good neighbor.  I instruct the kids to not play outside until after 8 a.m. and not to sing with gusto while standing on top of the Jungle Gym . . . until after 9.

Confused about all the defensive statements?

Last week, I was ready to knock on the neighbors’ door.  What I could only assume was a single-noted wind-chime was making . . . me . . . insane.

The chiming was faint, but definite.  And recurring.  And at times . . . it sounded like it was in my own bedroom. Obviously, the neighbors had a new wind-chime, and that thing was going to ruin my sleep (and obviously, therefore, my life) for the next who-knows-how-long.

I could try to adjust, buy earplugs, sleep with the pillow over my head . . . or just head over and kindly ask if they could possibly bear to remove their one-note-wonder.

I worried that the chime was a gift from a grandchild.  But it didn’t matter.  I had to be bold or end up turning into a crazy(er) woman.  Besides, we’re friends and surely they would understand.  Surely they would want to repay me for all of the times they likely heard the stage-whispered, “Quit hammering on your clubhouse, and GET back inside right NOW!  It’s only 6:35 and normal people are still sleeping!”

But then . . . the next day . . . before I made my bold and assertive move, hubby said, “I think I figured out where the chimes are coming from.

It’s the hangers on the ladder in our bedroom.” 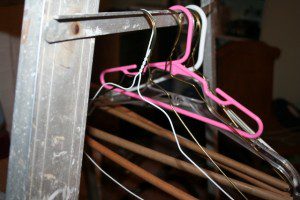 Turns out, metal hangers hung on a metal ladder, under a ceiling-fan, no matter how incredibly convenient and logical . . . make a soft, one-note, chiming noise.

Oh, wait.  You’re wondering, perhaps, about the ladder in our bedroom?

You’re making inappropriate assumptions based upon the fact that just last week I had to defend and explain away the fact that an entire wall is one big mirror?

My little video camera (that I use for my DECLUTTERING WEBISODES), can’t be used on a tripod.  So I set it on the ladder.

Totally logical and believable.  And if you’re going to have a ladder in your bedroom for two weeks while decluttering your master bedroom, anyone with a Slob Brain will tell you that hangers will end up on it.

If you relate way too much to hanging things on anything handy, know that in the years since this post was written, I’ve learned a lot. And now I have a book. It’s the how to guide for going from completely overwhelmed to being able to manage your home without losing your mind. Find out more about it here. 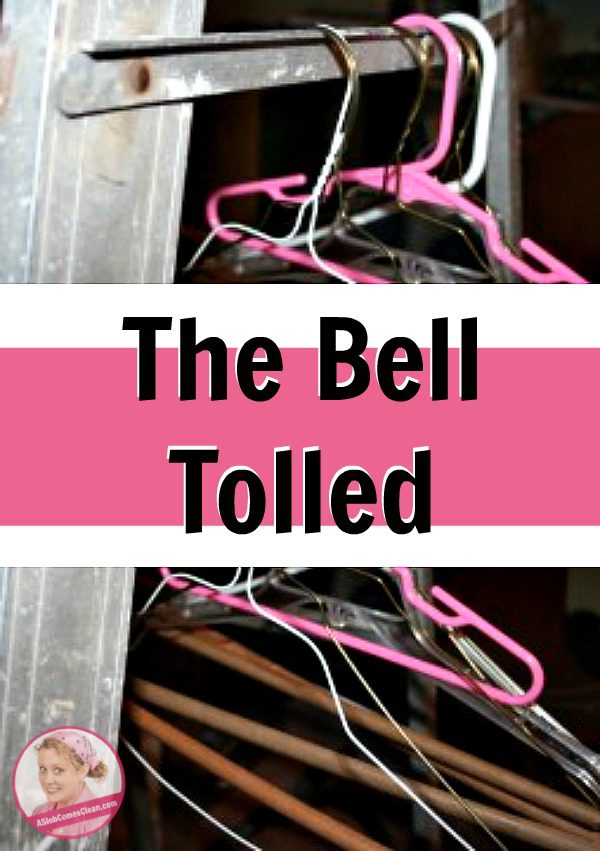