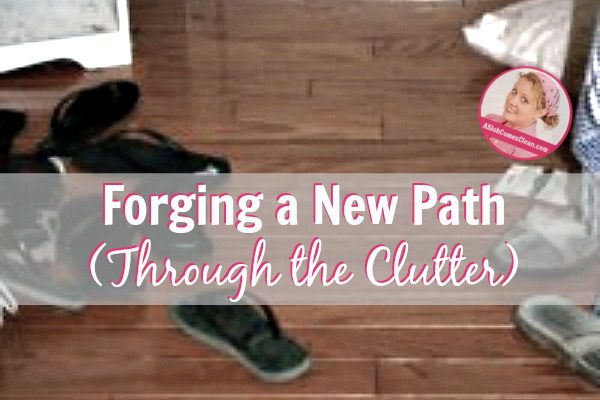 We’ve been back for less than three days, and I’m a little overwhelmed.

Partly by the Vacation Recovery but also by the totally full calendar that hangs on my wall.

While swimming lessons are messing with my rhythm this week, next week it will be VBS, and then Cousins’ Camp, followed by the Savvy Blogging Summit, and then I’m directing the Musical-in-a-Week Camp at our church.

And did I mention that for each and every one of these things I have RESPONSIBILITIES that need to be taken care of before-hand?  And that I’m trying to enjoy summer with the kids?

Whew!  Enough of the complaining part.

Now for the facts:  My home is barely hanging on.  Laundry is clean but in a pile on the loveseat.   I’ve been running the dishwasher every night and having the kids help with kitchen clean-up, but somehow it still looks awful.  We did a 20 minute pick-up time yesterday and the living room looks soooo much better, but rooms like the office/gameroom are being ignored and are slowly becoming scarier and scarier.

And let’s not even talk about the Master Bedroom. 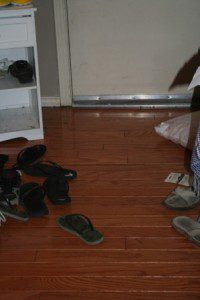 Pre-blog and post-total-shock-that-he’d-married-a-slob, my sweet hubby would say kindly, “All I ask is that there’s a path.”

Meaning, a path through the clutter.

The office has been stressing me more and more, but my Slob Vision finally cleared up and I realized that it was a wreck.  I think I’d been able to block it out because . . . there was a path.

So, in an effort to feel a little less overwhelmed (and to have something to link up at Orgjunkie.com’s 52 Weeks of Organizing), I decided to do SOMEthing.  I had a feeling that the big pile of shoes at the door could be purged.  I just needed to consciously LOOK at it. 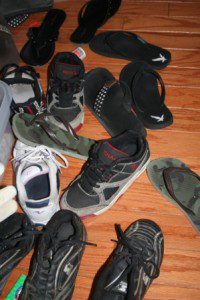 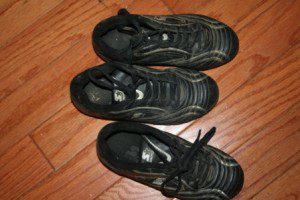 Yep, all three of them could go back in the out-of-season-sports-equipment-drawer.

Yes, I do have two boys with two feet each.

Thanks for your concern.

Yes, I do realize that there’s something wrong with the cleat picture, but I decided to go ahead and put away the ones I could find.  (I figure once the other one turns up, I’ll know where to put it and they’ll all be together again.) 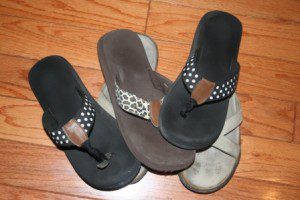 And I threw some shoes away.  Both my brown and black flip-flops recently broke.  And yet, I still hadn’t thrown them away.  I also threw away the perfectly-good-but-I-absolutely-HATE-wearing-them shoes at the bottom of that pile.

And now, here’s my path. 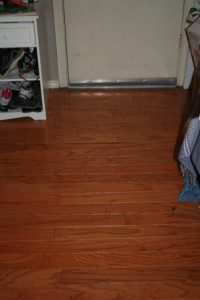 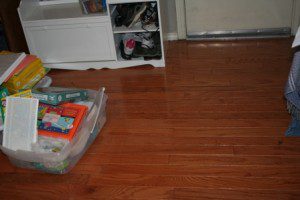 That’s the stuff that used to be stored under the daybed that is no longer in this room.  I haven’t decided if I need to get rid of it or find a new place to store it.

But hey, at least my path is wider now.

I’ll be linking this up over at Orgjunkie.com. 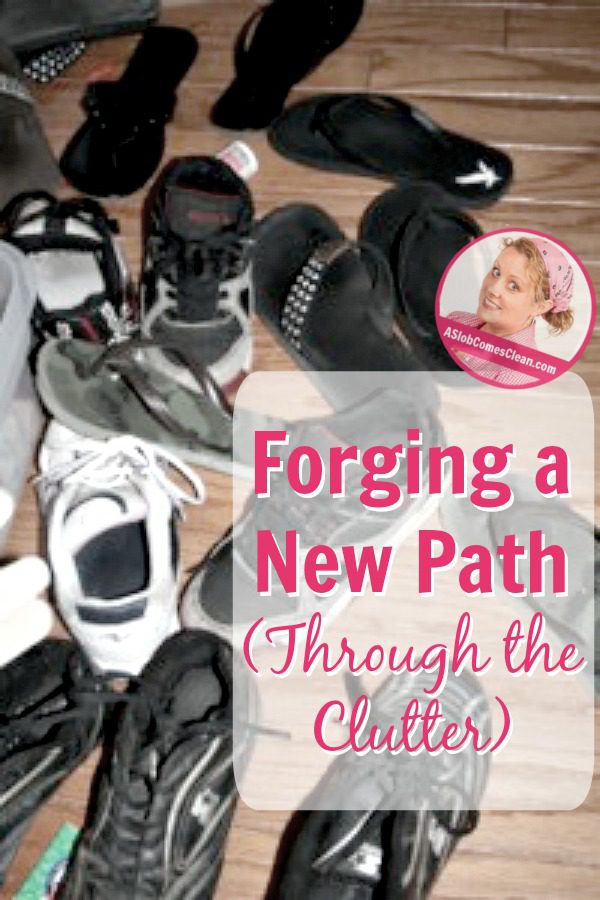 Read Newer Post How I Limit My Kids’ TV/Screen Time
Read Older Post If I Only Had a Maid . . .