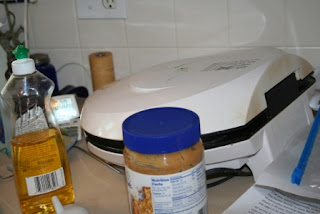 I’ve mentioned that I’m not a fan of change.  With change, there’s generally upheaval.  And busy-ness.

All of those things get my excuse-juices flowing.

I can come up with some doozies.

As I made supper yesterday, shuffling pots and moving bags and generally rearranging clutter so I could have a space in which to work, I glanced in appreciation at the mostly-empty-except-for-a-few-items-with-logical-backstories sink. 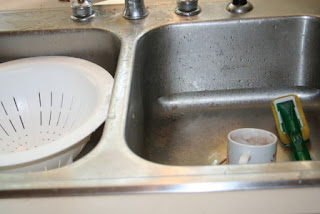 I was proud that I had cleaned the kitchen.  (See, occasional-readers-who-think-I-must-have-horrible self-esteem . . . I really don’t.)

I thought to myself (or perhaps I said it aloud because that’s how I roll), “At least I’ve been cleaning the kitchen, I’m just not getting to those extra touches.”

Thankfully, my brain has changed quite a bit through this deslobification process, and I was able recognize my delusion.

Sooooo, putting away the George Foreman grill that has been sitting out since it was used, ummm, weeks ago . . . is an extra touch? 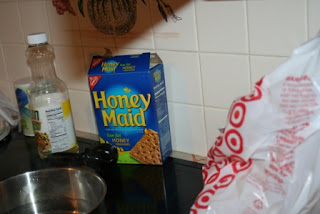 Taking the graham crackers to the pantry and emptying the last bag of groceries?  Yep.  Extra touches.

Moving the oil to the shelf directly below or putting the Easter party notes on the fridge instead of on the counter where they become translucent due to spilled oil?

I think perhaps I should reserve the “extra touch” title for things like flowers in a vase or even a towel neatly hung.

I’m pretty sure these things are just part of finishing the job.

Read Newer Post The Smallest Disorganized Space I Could Find
Read Older Post How to Start Cleaning Up . . . When You Don’t Know Where to Start