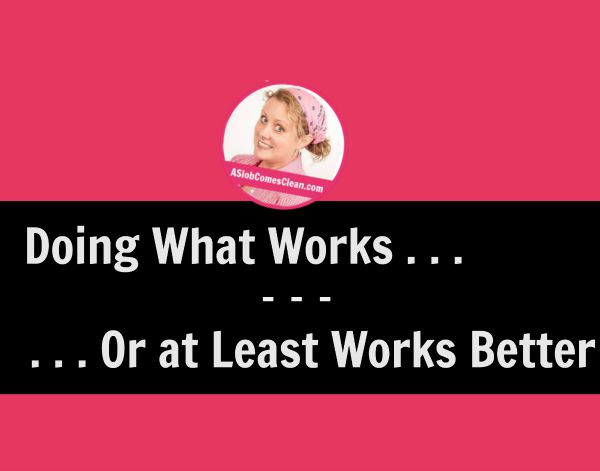 It was a good idea.

An idea proven by many wonderful mothers and housekeepers since the invention of laundry baskets and drawers, I’m sure.

But it just doesn’t work for me right now. 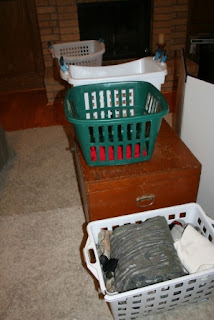 About three or four weeks ago, I started putting folded laundry directly into baskets for each family member.  It’s so much prettier and more-organized-looking than piling them on the couch.

And it totally SHOULD work.

The first week, I sent the kids off to their rooms with their baskets and stood. right. there. until they brought them back to me.  Still, the boys somehow switched baskets and wore the wrong clothes all week long.

The second week, I sent them off to their rooms and planned to stand. right. there. until they brought those baskets back.  But, shockingly, I got distracted and ended up hunting in their rooms for the baskets a week later . . . when it was time to do laundry again.  And my own basket remained full all week long.

The third and/or fourth week, I never did remember to have them take their baskets to their rooms, but was happy that the baskets made a prettier-looking-unfinished-task than the piled-up-with-piles love seat ever had.

But here’s the deal-breaker.  With the way I used to do things, it wasn’t unusual for folded clothes to remain in piles on the love seat.  If I didn’t complete the laundry on Monday, they would sometimes stay there for a few days, until I had a burst of productivity . . . or knew that someone was heading over to the house.

When those moments came, they got put away.  Because that was the easiest thing to do with them.  If I’m going to pick up a stack of clothes, or have the kids pick them up, they might as well go straight into a drawer.

But . . . . when they were in baskets, easily movable as a stacked-up-whole, it seemed easier to move them into the master bedroom, just for now, than to take the time to actually put them away.

If you happen to be new here, and you’re normal, and you’re horrified because that doesn’t make any sense . . . know that I know that.  And read this.

To my slob-brain, it makes total sense.

Anyway, the result is that we’ve been living out of laundry baskets full of clean clothes, sitting in the master bedroom.

And that most definitely does NOT work for our family.

Because this family just MIGHT include two boys who are not quite as passionate about clean undies as their mother is.

And those two boys MIGHT think it’s logical to save time by not bothering to ask mom where some clean undies are.

And those two boys MIGHT just think it’s easier to grab a pair of undies out of the dirty-clothes-hamper.

It’s a lovely idea, and I definitely plan to give it another shot at some future phase of life, but for now . . . I’d rather have piles of folded laundry on my love seat than fight this losing battle.

It’s all about finding what works for this brain of mine.

*FYI, Laundry Day probably won’t work for you if you’re on a septic system, as it may overload your system. Sorry!