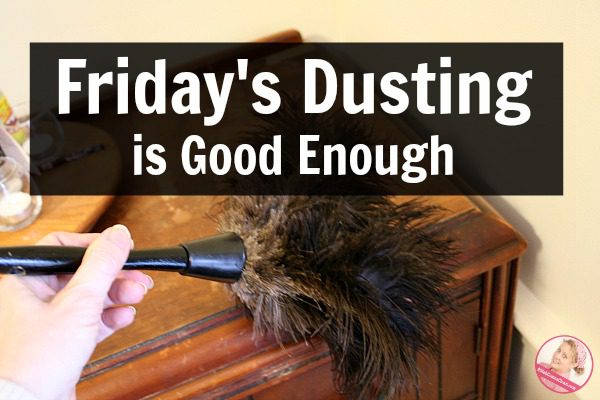 A big part of this deslobification process is dealing with my tendency to make things harder than they need to be.

Most of the time, it’s a mental thing.   A mental thing that might be overcome simply by making a decision.

According to my self-created-according-to-what-works-at-this-time-in-my-life weekly task schedule, I dust and vacuum on Fridays.  For the last two weeks, since I’ve been keeping up with most of my daily checklist, on a mostly daily basis, the house has stayed fairly orderly.

For the past two weekends, when Sunday night comes, and it’s time for the doorbell to ring and for our home group members to arrive, I’ve been pretty stress-free.  Partly, that’s because these same people have been coming over every week for more than a year and I’m not as worried about perfection.  But it’s also because I’m okay with how the house looks after doing my weekly tasks.

Somehow, though, I still have a part of me that assumes that I need to rush through the house with a duster and the vacuum cleaner at 5:55.

And maybe I do.  Maybe someone would care that there’s two days worth of dust on the TV.

Except when my MIL was coming over.

And even then, sometimes I just turned off the overhead lighting for ambiance . . . and hoped she didn’t brush up against anything.

I’ve decided that dusting on Friday is good enough. 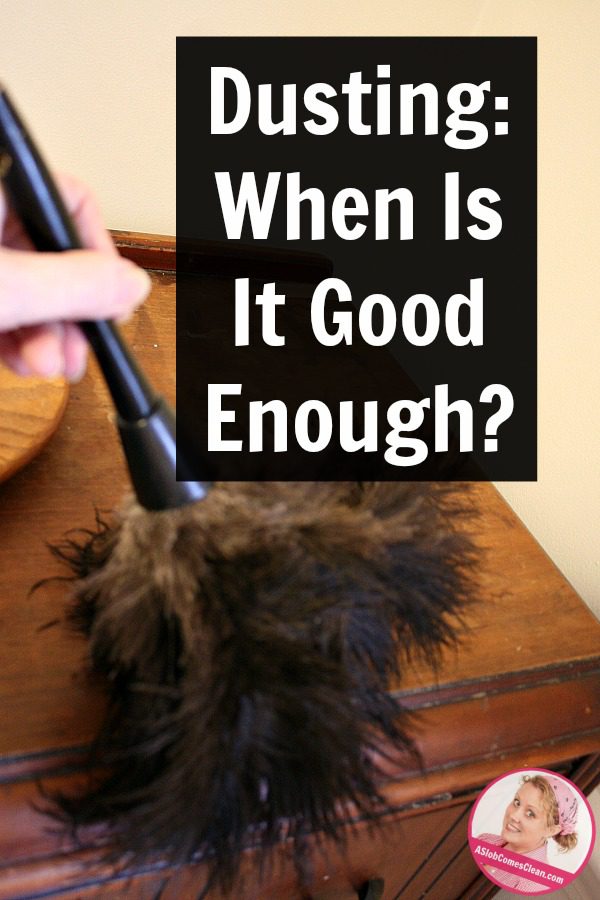