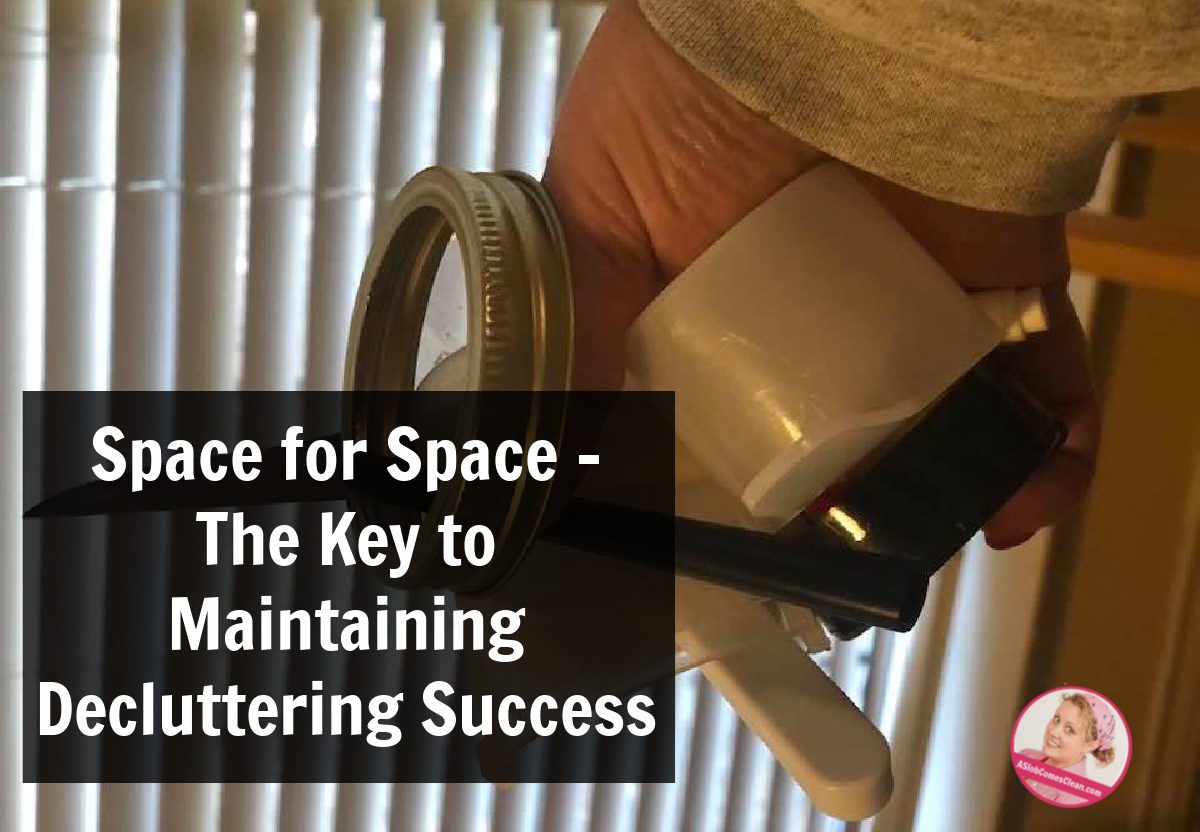 This handy-dandy apple slicer came into our home at Christmas. My daughter loves it since she loves apples, but she has braces, so she has to eat them sliced. 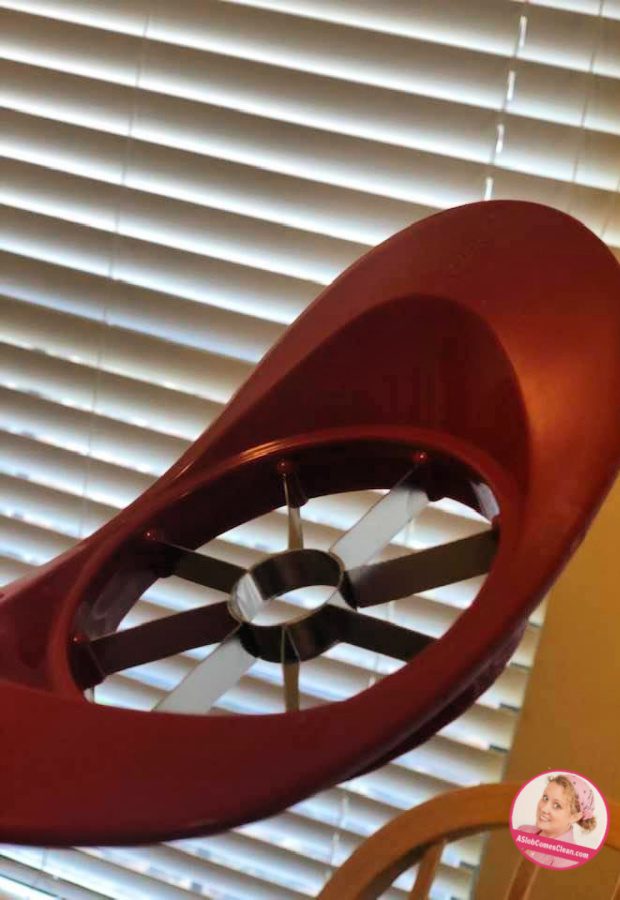 When the apple slicer came out of the dishwasher, my husband asked where it should go. The place where I’d look for it first was my utensil drawer.

But the utensil drawer really needs to be decluttered.

But without decluttering, that apple slicer was never going to fit.

In My Personal Olden Days, I would have groaned audibly, slumped my shoulders, and placed the Apple Slicer We Knew We Wanted on my kitchen counter where it would have joined, or started, a Clutter Pile.

Thankfully, I know better now. I know that while the Ideal Thing would be to stop whatever I was doing and declutter that drawer, if the Ideal Thing isn’t going to happen, waiting until it can happen is actually the Worst Thing I Can Do.

So I One-In-One-Outted that apple slicer.

One-In-One-Out is the key to maintaining decluttering progress. Even though my drawer needed to be decluttered again, I didn’t add clutter to my home because I didn’t make it any worse. The drawer closes and I can (eventually) find what I need in there.

If I shoved that apple slicer in with all the other stuff, the drawer wouldn’t close. That drawer is a container and its size determines how much stuff can go in it.

I didn’t have an apple slicer to replace, but that’s not what matters. One-In-One-Out is about space for space. All I have to do is remove enough stuff that there’s space available for the apple slicer.

Space for Space. When I looked at the drawer that way, I didn’t feel the usual “Ugh, I don’t have time to deeealllll with all this right now!” feeling.

I just looked for Easy Stuff to remove. Within 2 minutes, I’d found all this: 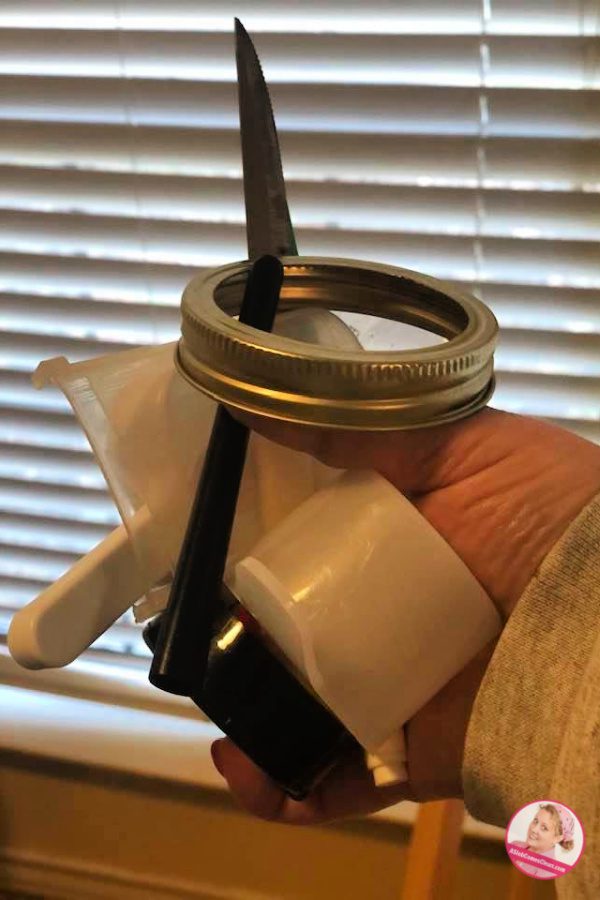 A random spice lid from a long-gone spice. A meat thermometer cover I’ve never used. A knife I intensely dislike. The scoop from a package of drink mix we’ve long since replaced (by one that has its own scoop).

And more. Except for the canning lid, everything went in the trash.

Yay for finally understanding that I can’t keep everything, I can’t add new stuff to drawers when there isn’t any room for it, and most of all, yay for grasping that all this isn’t as complicated as I once thought. 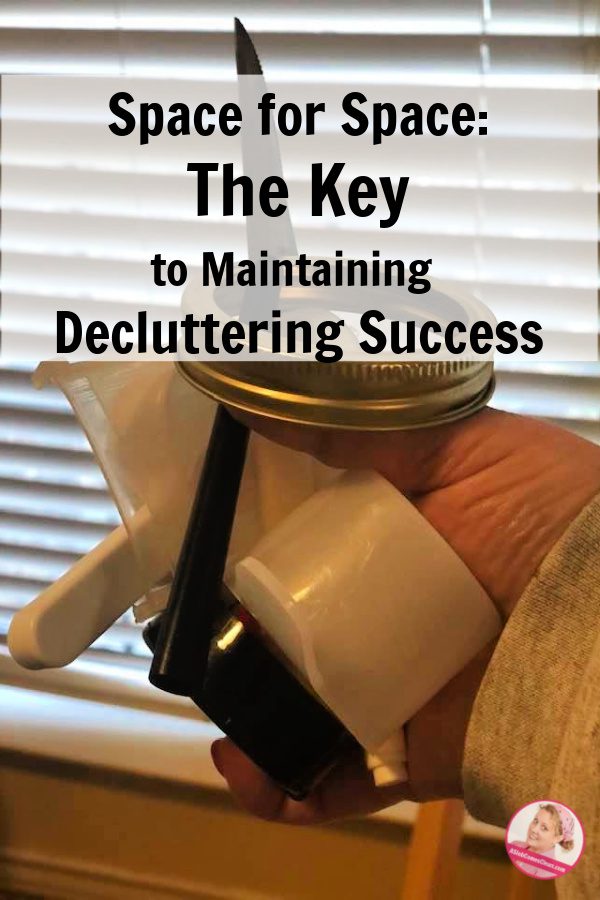 Read Newer Post How to Make a To Do List You Can Check Off in Your Notes App
Read Older Post 276: The Container Concept with Cas and Dawn