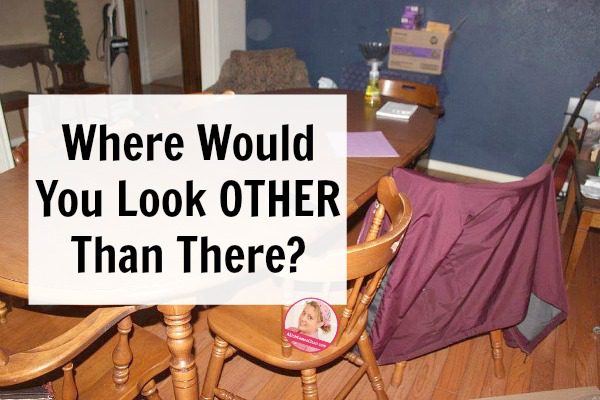 My first decluttering question is: If I was looking for this item, where would I look for it first?

No decisions need to be made. No analysis of the very best home for this particular thing.

The home is where I would look first.

The best thing about this question is that I can use it on my family members if it’s an item that belongs to someone other than me. I had to explain what I was looking for the first few times I asked them this question, but now they mostly know what I want in an answer.

Sometimes, they still get smart-alecky. 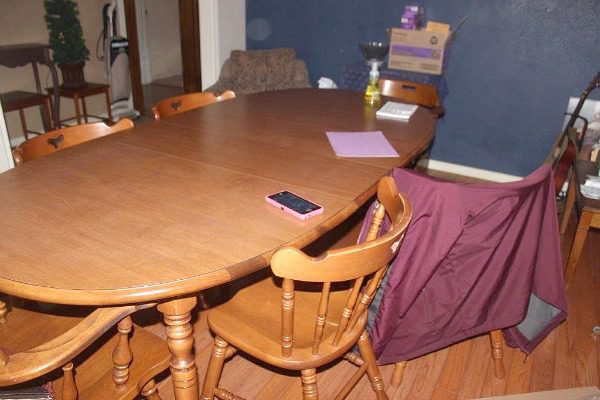 I’d cleared the table in five minutes, but then noticed the jacket. It’s Hubby’s, so I asked him, “Where would you look first for this jacket?”

His answer: Ummm. On that chair?

I made a face. I rolled my eyes.

I gave the look.

And I said, “Other than there.”

He sighed, and said he’d look for it in the coat closet.

So I took it to the coat closet.

This scenario is actually one that I get emails about frequently. “What if the place where I’d look first is a really bad place? A place out in the open where it obviously shouldn’t be?”

Many times, pre-deslobification process, I assured random people that I needed my stuff to be “out where I could see it.” I called this my crazy-but-it-works-for-me organizational system.

Which would have been fine, except it wasn’t fine.

My house was actually a disaster. A total disaster.

The super important things I thought I needed to be able to “see” mixed in with totally unimportant things until I couldn’t see a thing because all I saw was an overwhelming mess.

And I just like my house so much better when there aren’t jackets hanging on the backs of chairs.

So I responded: Other than there.

Because that’s the truth. Even though I might look for something first in the place where I tend to throw it first, that doesn’t count if it’s a place where I’d never leave it when I’m cleaning up that space.

So maybe my question could have been to him: Where would you look first if you weren’t being sassy?

Actually, I think that WAS how I put it the second time. 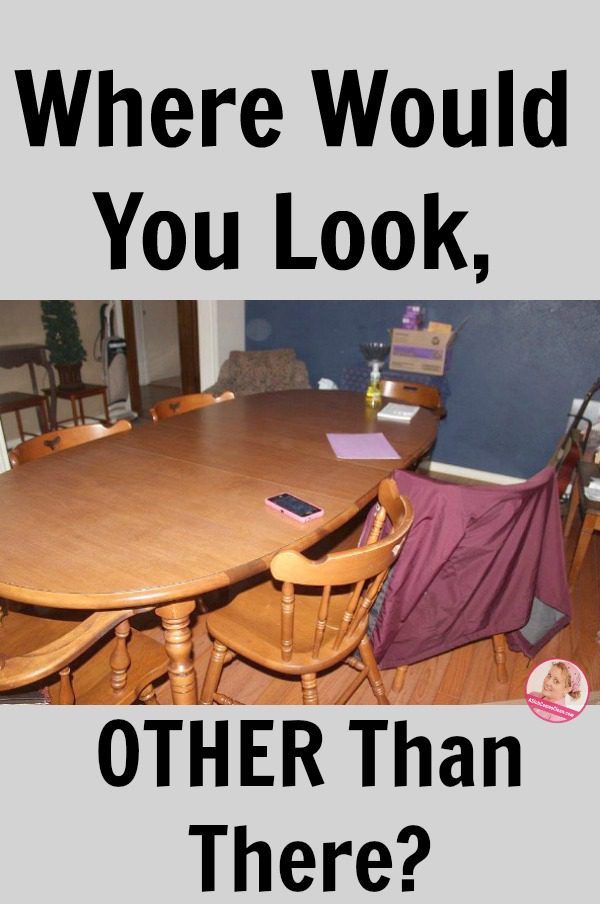